The general rule if you want to score with one or two Iceland Gulls on the Axe at the moment is to be here late afternoon, about 4pm. Well, this morning at half ten both first winters were on the estuary, and showing very well.

The dark bird was about half-way up the estuary.... 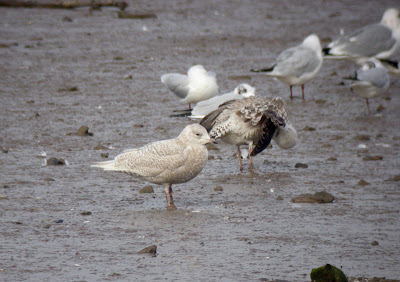 I've seen this one before for sure

Is this the only published photo of an Iceland Gull actually running on the Axe!?? I'd run too if a first winter GBBG was about to fly up my arse!
Then there is the pale bird, he was by the tram sheds (NOT clam sheds - BirdGuides!). I've seen this bird every day for the past four days now, and his most distinctive feature is a small dark loral spot on an otherwise fairly pale head. The other pale bird that has been seen within the last week doesn't show this. 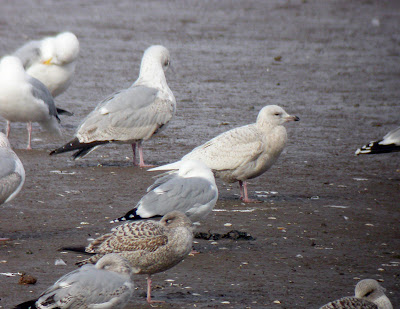 He was asleep most of the time!
I also saw him yesterday during my lunch break at 16:00... 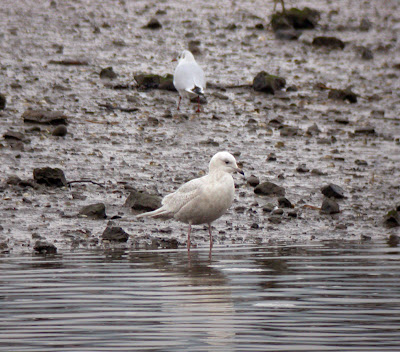 Note how head shape changes with birds behaviour, he looks cute in this pici - but today's shot shows him looking far from cute!
There seem to be fewer Med Gulls about now, with six on show this morning - though there wasn't many small Gulls to look through. Pleasingly 'White 3P65' was one of them... 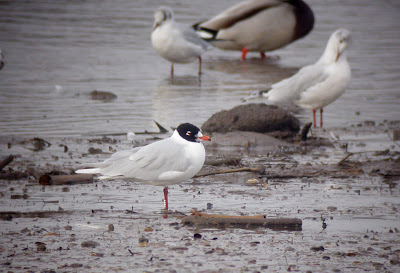 Only a little more black needed for tip-top plumage
This morning a nice treat landed on the door mat. I LOVE reading bird reports, especially when they are crammed full of stunning pics. This one always is.... 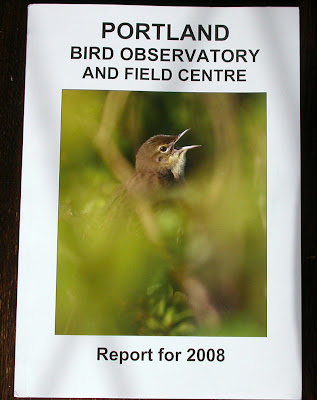 Can't wait to get stuck into it
Posted by Steve Waite at 11:38