Not Bad For January!

Well Kevin turned up a rather nice mid-winter surprise last week, when he found a Serin lingering around an uncut crop field in Axmouth.

It took me about a week before I had the chance to get to it, but when I did it didn't take much searching although my views were distant. Great to get my third patch Serin under the belt, all of which have been between Nov and Jan which isn't at all what you would except for this central and southern European breeder! Delighted that Phil was able to see this one, having missed the previous records.

There's plenty of other birds in this field which made the hour I spent there a thoroughly enjoyable one!  I logged a couple of Yellowhammer, 120+ Linnet, 40 Chaffinch and 80+ Redwing.  When I saw the Serin it was sat up with five Linnet, but whenever the whole Linnet flock sat up the Serin wasn't with them. So basically I couldn't say if it has actually tagged on to this flock or was just going around on its own.
Although am still hoping a Bean Goose or two might drop in on the Axe this winter, these four Egyptian Geese were better than nothing.  Will admit to actually 'semi-twitching' these after a message from Phil to say they had just flown up the Estuary and had appeared to have landed...
Other recent highlights include two Jack Snipe with a dozen Common Snipe near Boshill Cross, up to four Cattle Egret still feeding in Colyton by day and roosting alongside the Estuary by night, and at least three Black Redstart dotted around the town...

Unusually it feels like January has been and gone pretty quickly this year, so it won't be long until we are all out looking for our first Wheatears!

A Quick Update From The Axe

Although there has been no sign of any Glossy Ibis on the Axe for a couple of days now, the three I previously blogged about became four on the 16th.  And pleasingly for most of their stay they really did show this well...

I was out early this morning as the flock of nine Glossy Ibis that have recently been frequenting the Otter and Exe were seen to fly our way yesterday at dusk.  No luck with them but being down Black Hole Marsh early had its benefits.  Four Cattle Egret flew north out of roost (three in a sizeable flock of Little Egrets, and one lonesome about five minutes earlier) and these two Goosander were loafing on the Estuary...

Otherwise over the last few days I've seen a couple of female-type Black Restarts around Seaton, a Dipper on the River Coly at Colyford, and have just notched up my third Blackcap of the winter - they really are in short supply this winter.   The only oddity amongst our Canada Goose flock at the moment is a Dark-bellied Brent Goose, I do hope we haven't missed our chance of a Bean Goose!

This morning I was delighted when Kev messaged with the news the three Glossy Ibis Viv found on the Axe yesterday were still present.  And they've been showing exceptionally well all day in the vicinity of Bridge Marsh, and really were as close as the following photos suggest... 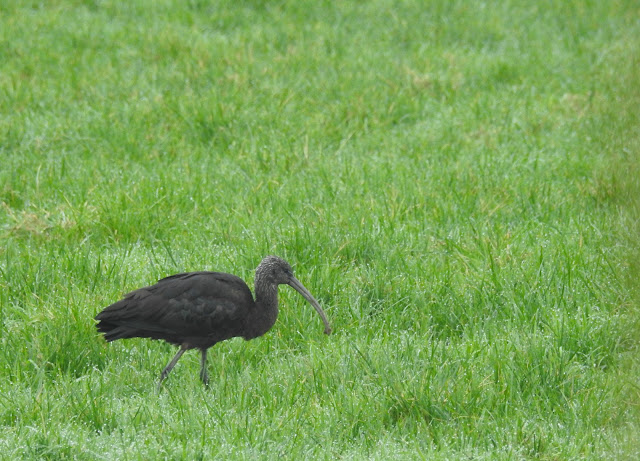 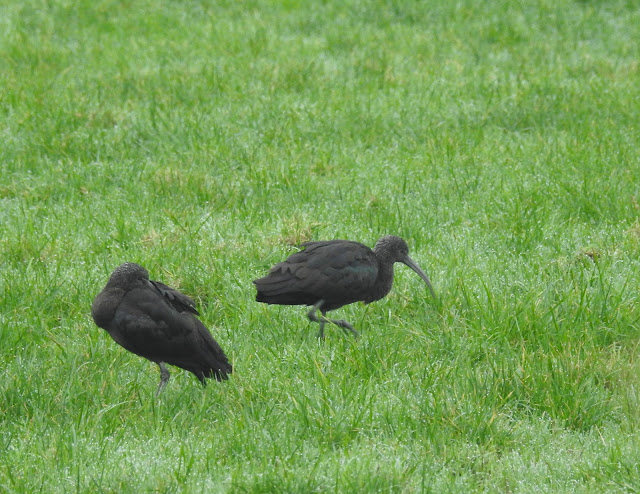 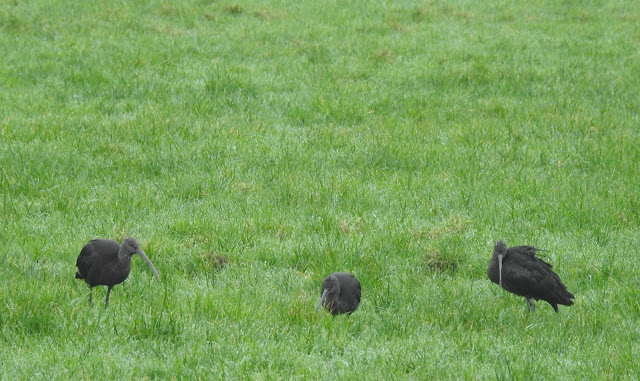 This trio takes my Axe Glossy Ibis tally to an impressive 32. Although I reckon the next 30 will come around a lot quicker, may even be before this winter is out if things keep going the way they are!

Other nuggets of interest from me since the White-fronted Geese (they only stayed until the next day) includes singles of Dark-bellied Brent Goose and Greylag Goose on Bridge Marsh, and although others have seen more Pintail about, I just keep seeing this female...

There's been good numbers of Shoveler about too, mostly at Seaton Marshes, which is still looking spot on for wildfowl... Also at Seaton Marshes it was nice to stumble across this showy Water Rail the other day... 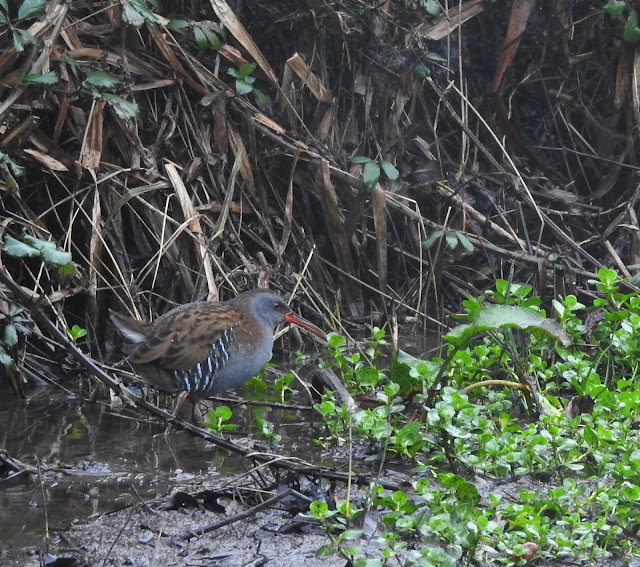 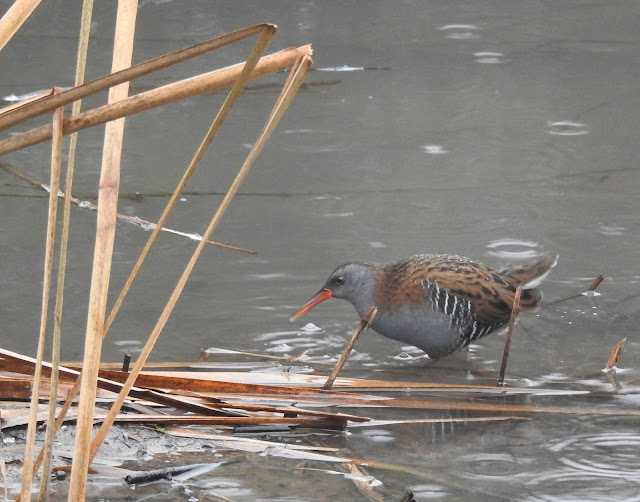 It's been nice to finally have some dry weather to get out and about in.  Although a bit more ice and frost would be much appreciated...

My views were distant and in dreadful light, but as expected they were Eurasians showing stubby pink bills and squarish head shapes.  I had OK views of two of them, which were both adults, the third far more sleepy bird looked to be a first-winter, but I wouldn't put money on that until I get better views.

These were my first White-fronted Geese on patch since a single adult in January 2018, although I have missed one in between (Clive had a brief early morning bird on 28th May 2020).

I've not had time today to see the Pochard (fem) and Tufted Duck (drake) that Kev found earlier on Seaton Marshes - just a pity the Scaup isn't still with us as that would have made a fantastic trio!  Pochard is rare enough mind being our first since June 2020 (Clive) and only a handful of records in the last decade.

One that slipped us all was a Spoonbill watched feeding on the Estuary mid-afternoon yesterday, but wasn't present during the morning or evening (we had a quick look around at last light once the news was out). Thanks Mike Lock for this record, a species we didn't record at all in 2021.

Other snippets of interest since 00:01 on 01/01/2022 include the continued regular evening appearances of Goosander (up to four) and Cattle Egret (up to five), the odd Pintail sporadically showing up (Kev had four today) and the wintering Firecrest at Seaton Hole (Phil).

All I need to do is get out myself a bit more!