A Flavour of August

As can be guessed by my subdued social media and blogging presence of late, it's been a busy few weeks! August is one of my favourite birding months of the year, so with a window of opportunity to get out towards the end of the month, I took it...

The birders who've been getting out to Beer Head this month have been well rewarded, with good numbers of common migrants (including a few Pied Flies) and a bonus Wryneck found by Bun on Wednesday 22nd.  I knew Beer Head would be busy with birders on Saturday morning, and following a glimpse of some decent vis mig during a dog walk on the edge of Colyton on Friday morning (five Tree Pipits and six Yellow Wags flew west in a ten minute period), and the fact Saturday morning saw a cloud-less dawn, Axe Cliff lured me...

So not loads of birds by a long way, but it filled me with so much joy. The joy of autumn birding.

After this I headed down to Black Hole Marsh, another venue that has done well this month, although unlike Beer Head hasn't offered any real patch scarcities. The second Spotted Redshank of the month (with a third found today!) had been found the day before, and showed well around the Island Hide whilst I was there. Exceptionally well... 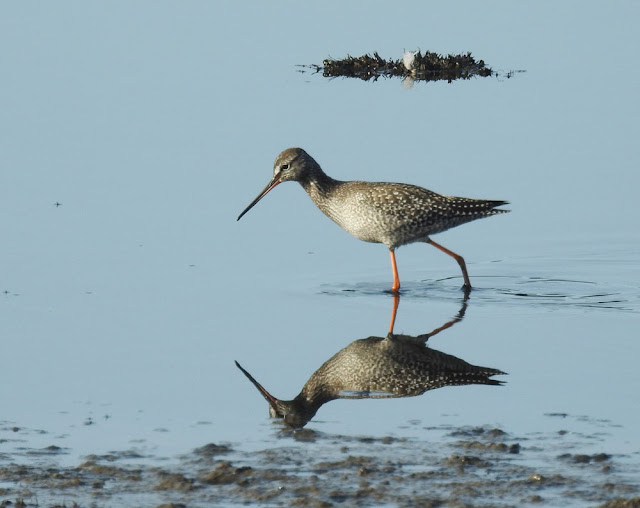 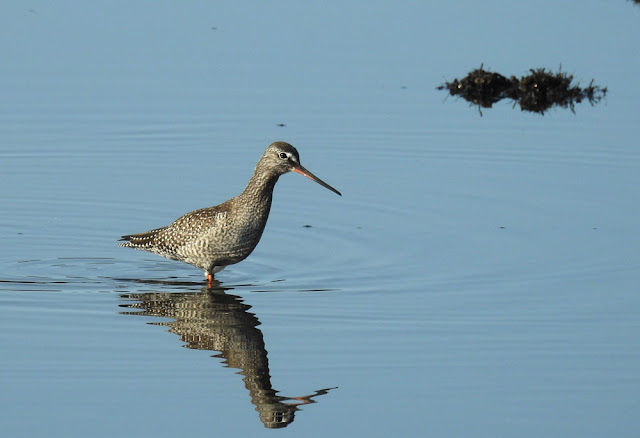 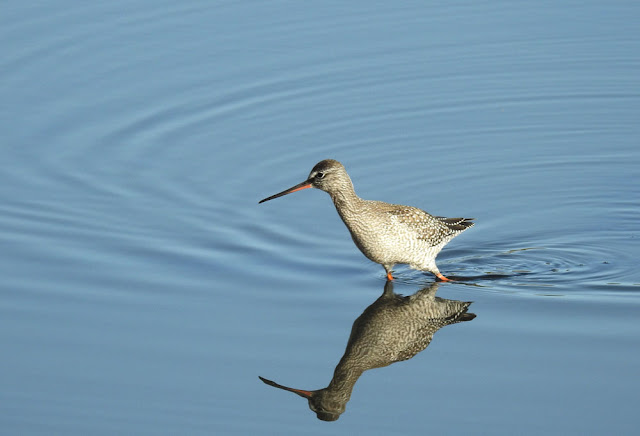 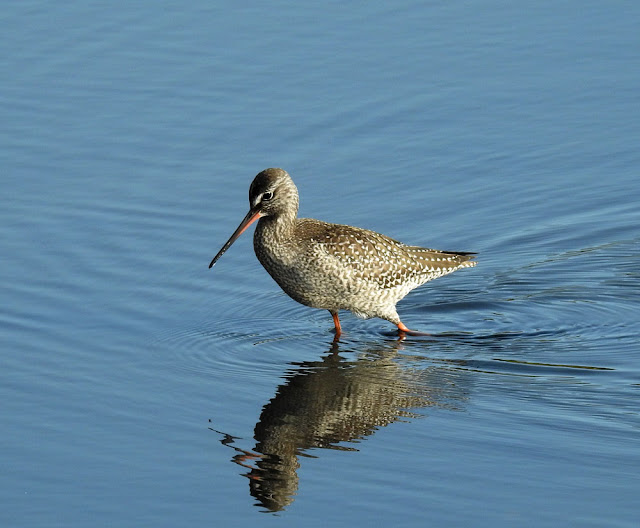 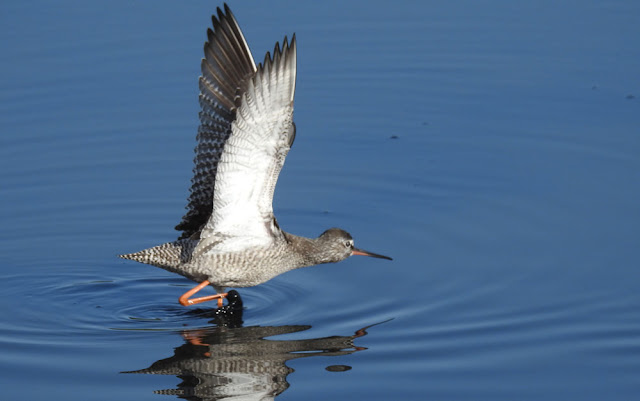 As you can see it's a juvenile - and an incredibly fresh one at that! I don't think I've ever seen one so young, rewind just a few weeks and it was probably stumbling around a damp Arctic taiga landscape peeping at its mother for food!  Beautiful. Absolutely beautiful.

Also on view were a couple of juvenile Little Ringed Plovers, c25 Dunlin, a Green Sand and a Greenshank.

Won't keep you waiting as long for the next blog post I promise!

I have just written the Axe Estuary monthly report for July, and what a great start to 'autumn' 2018 we've had. Yes I know it is early to be using the 'a' word, but before you start throwing your keyboards at the screens let me clarify I don't mean autumn as in the calendar autumn, I mean it as in the autumn bird migration (southward post breeding passage). Every year the autumn passage for wading birds starts in July, often in June in fact, but this year in particular we've had an excellent variety of species. This sadly though probably indicates they've not had a good breeding year, so although we are seeing more, it's bad news.
I missed the first two Wood Sands of the year here (and the first since 2016), and I guess I missed the third as only one of the two that Tim Wright had drop in on Black Hole Marsh on Wednesday night was still present on Thursday.   When I saw it Thursday morning it wasn't close like it was later in the day, but great to see nonetheless...

Personally I've also seen a couple of Greenshank, three Green Sands (great comparison on offer of adult and juveniles), the lingering Spotted Redshank, 40+ Black-tailed Godwit, up to 16 Dunlin and Common Sands and a Snipe.  The first few gorgeous lemon yellow Willow Warblers have been noticeable in the bushes over the past week, looking extremely lovely. A lovely adult Hobby flew low south west through Black Hole on Thursday too, which could well have been a local bird.
With a couple more sunny days now upon us, my search for a local Southern Migrant Hawker continues...