So this post is about three months late...
Early in June I visited Portugal for my first time, the vibrant city of Lisbon to be precise. This was far from a birding trip, but during the three days I was there I managed to snatch a bit of time out. Most of this was just walking the parks and small strips of green within the city, which proved surprisingly productive.. 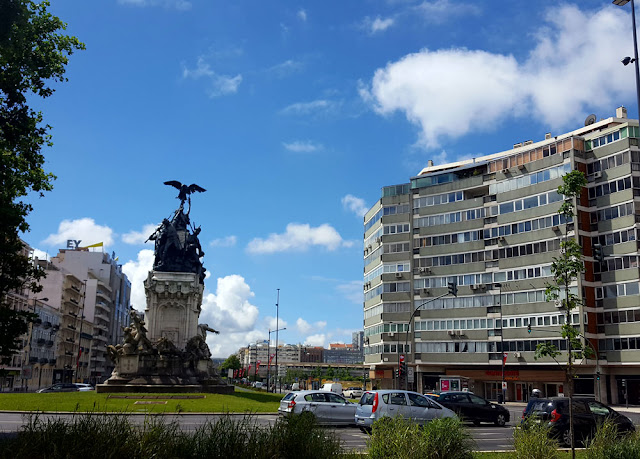 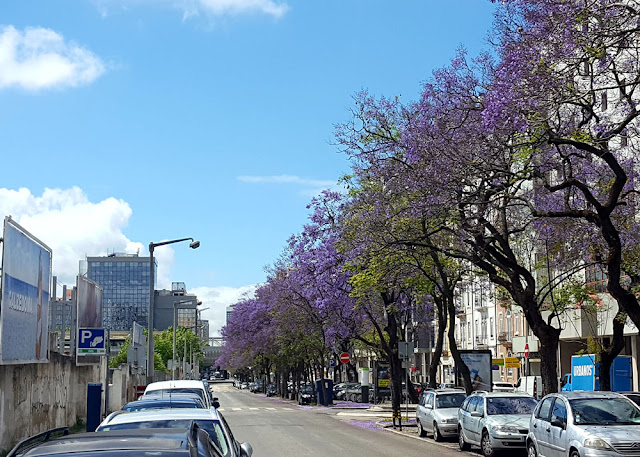 Unfortunately I didn't have a camera to hand when I stumbled upon a Short-toed Treecreepers nest. And more parrot action was provided by a pair of Monk Parakeets that flew past us whilst we were stood on the roof of a high rise hotel.
Away from the city, the salt pans along the Tagus Estuary were bonkers. Absolutely crammed full of birds, I could have spent a week here alone. Totally amazing place...

There were so many waders here. Black-winged Stilts breeding on every pool, with a pair of Kentish Plovers on most. Interestingly, despite the date (early June), there were large flocks of non-breeding waders too; 450+ Dunlin, 5+ Curlew Sandpipers and almost 200 Avocet!  The local guides said how unusual these numbers were so late on in spring, especially the Avocet as they don't breed here.  The massive numbers of breeding Little Terns were a spectacle for the eyes and ears, and larger birds on the water included the usual Cattle Egrets, Spoonbills and up to 100 Greater Flamingos...

Fan-tailed Warblers were everywhere, along with one Sardinian Warbler, a Great Reed Warbler, several Crested Larks and Hoopoes.  Hunting over the marsh were a couple of Black Kites, a Marsh Harrier and at least one stunning Black-shouldered Kite...

The trip finished with me sharing this view of Lisbon... 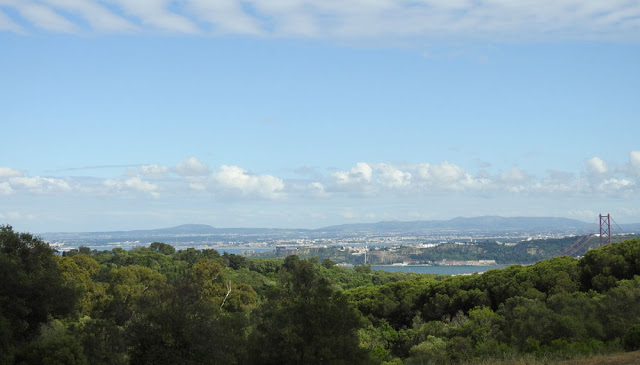 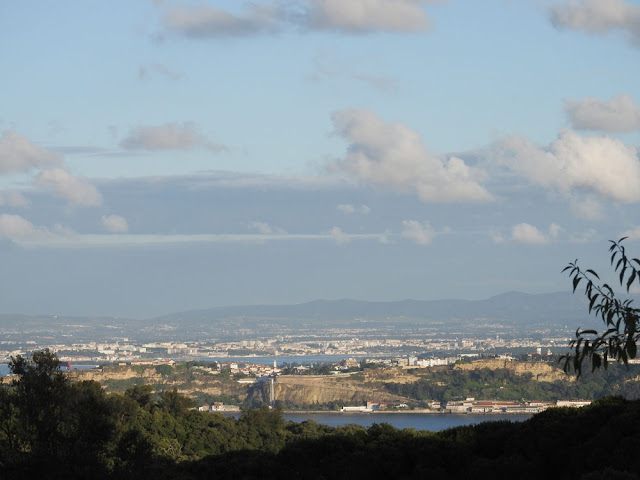 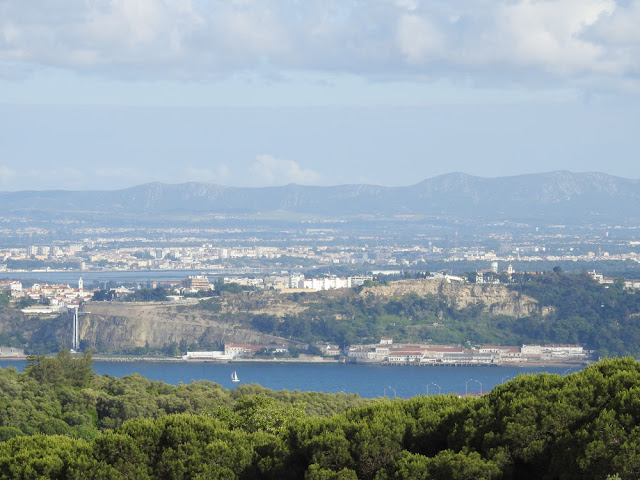 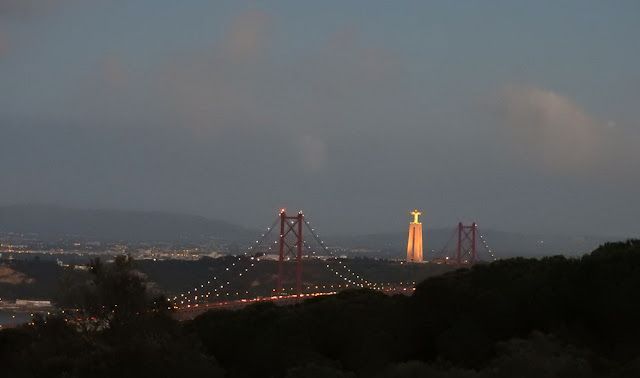 ....with hundreds of Common and Pallid Swifts, a chorus of singing Serins and this very showy Turtle Dove...

And don't get me started on the food... wow! Some of the simplest yet finest food I've ever eaten. Completely uncomplicated, they simply allow the quality of the ingredients do the talking. And it's easy to tell they only use the finest and freshest of ingredients. Sublime.

Better stop writing really as the memories are making me hungry...

Thought it was high time I wrote a few more words here. I am getting out now and then just not finding the time to blog about it.

I suppose the biggest news is we are well and truly in September....and don't we know it!  Meadow Pipits streaming over with fewer and fewer Tree Pipits, Yellow Wagtail vis mig replaced by Grey Wagtails and alba Wagtails, Chiffchaffs taking over from Willow Warblers as the most common phyllosc in the bushes. Autumn has well and truly moved on to the next phase, which I think of as the 'middle phase'...

The Estuary has seen a run of good birds this month, with four Spotted Redshanks together on the 1st being an amazing local sight. Osprey, Ruff, Turnstone, Wood Sandpiper have all been seen by others, with Cattle Egrets being frequently seen over the last couple of days, in fact Mark Dobinson had ten on Seaton Marshes this morning!

I was hoping to get a look at the sea this morning considering the rough weather, but only had time to muster a couple of quick scans of the gulls on the Estuary.  Proved worthwhile though as there were a couple of first-winter Yellow-legged Gulls in with them, one in the morning and one early afternoon. I didn't have a camera to hand for bird two but the first allowed some pics...


Hope to see some of the Cattle Egrets soon!  They may be getting commoner but I always enjoy seeing them.

Whale in the Bay

Last Thursday Phil texted with news of a large cetacean off the Spot On Kiosk, which encouraged me to take an early lunch break in his company. Compared with the views others had mine were dreadful (a brief head-only view) but we weren't really sure what it was.  Although I think we all knew it wasn't any of the usual Whale species on the radar.

Chris Townend kindly confirmed the identification when he saw Roger's and Phil's photos a couple of hours later, a Northern Bottlenose Whale. He then jumped in his car and headed over, although the Whale vanished at about 12:30 and wasn't seen again, so sadly he missed it. Maybe good news for the Whale though - hopefully this means it went back out to deeper water.  Take a look at Roger's photos HERE and Phil's on his Twitter timeline HERE.  I wasn't really sure about the status of Northern Bottlenose Whale in UK waters or beyond before seeing this beast, but here's a good overview...

You may remember the 2006 London Whale, which was a Bottlenose Whale, observed swimming up the Thames.  She sadly stranded and died on day two.  I looked to find some more information about her online, and was surprised to see she has her own website; http://www.thameswhale.info/

Seeing as I didn't manage any pics of our Whale, and the fact I don't like posting photo-less posts, I'm going to rewind back to the hotter parts of the summer, when I spent some time looking for a patch Southern Migrant Hawker.  I never did find one, but it was the best summer here for Small Red-eyed Damselflies and a pretty good one for Ruddy Darters too.  The latter have really dipped in numbers over the past few years, but this year a wander around Lower Bruckland Ponds would often reveal several individuals, with six on 3rd August being my highest count... 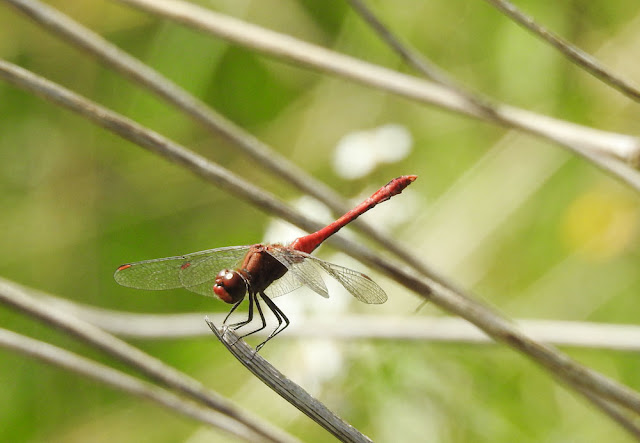 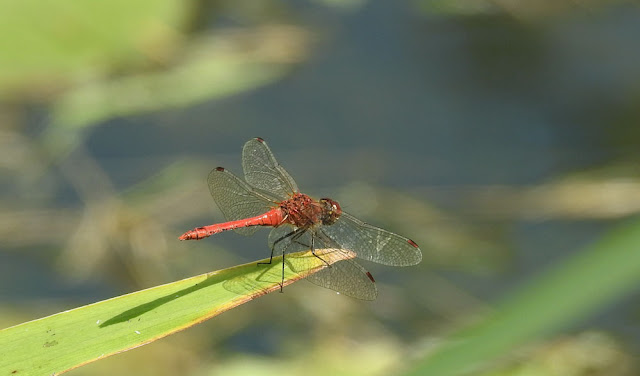 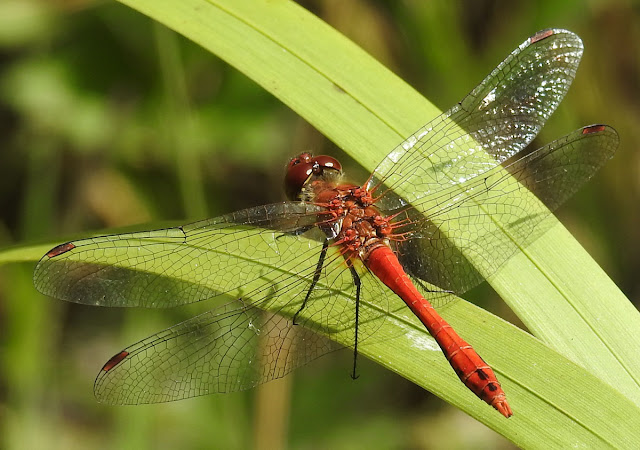