Spent all my birding time today on the estuary, and it has been certainly worthwhile. Two first winter Iceland Gulls were on view from mid afternoon, at first both were together at Coronation Corner before the darker bird flew down the estuary and landed opposite Seaton hide. 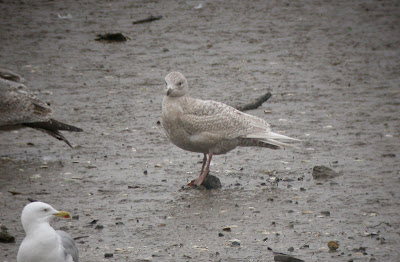 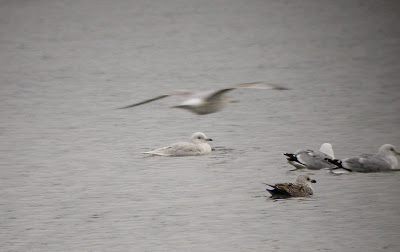 But the pale one remained distant
It was nice to share these white-wingers with others, Nigel Pinhorn has been about all day and during the afternoon devon.birder himself and Brain H dropped in for their helpings. Nice to see everyone.

Amongst the large numbers of small Gulls were 15 Med Gulls - a local record! I actually think we've had more like 18 through today, but 15 is all I can say for sure. This total includes two second-winters (one a new bird) and at least two new adults; a red colour-ringed bird which ended in '4' - the ring was too muddy to read in full - and a bird bearing just a metal ring on it's right leg. 'Red PAR7' was also on view but I didn't notice 'Red 5P5' or 'White 3P65'. Here's one of the Meds, it was just begging to be photographed... 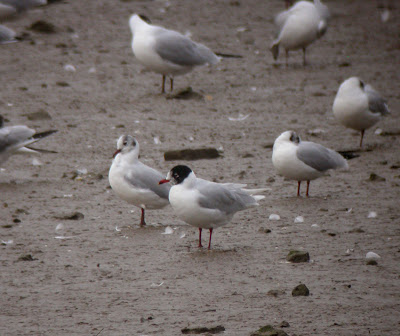 Doesn't he/she look cute!
Also saw a colour-ringed adult Herring Gull which I will post details on when I get them and the female Common Scoter still looked at home munching on crabs.
Posted by Steve Waite at 18:15