We were out sharpish after breakfast today, with the first port of call being Felbrigg Hall. A Little Owl huddled up in a small hole in a tree south of a the car park was a trip tick, and so was what was sat on top of this tree.... 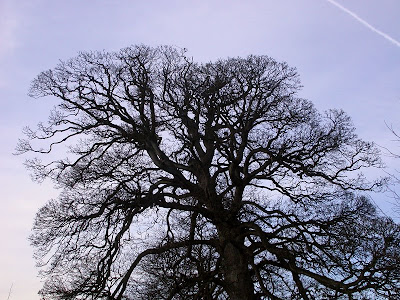 Can you see that blob on top? 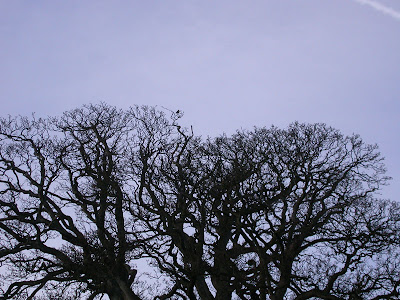 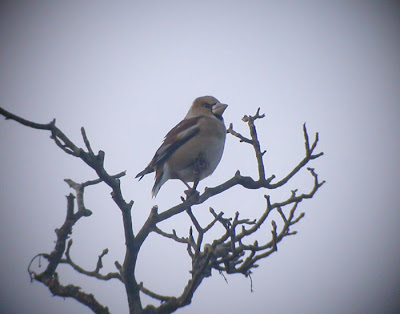 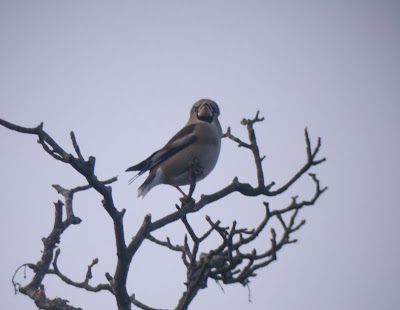 It stayed sat in the top of this tree for about ten minutes, showing superbly!
A stroll down to the lake revealed just Pochards and Tufted Ducks, with plenty of winter thrushes in the grounds. For some reason, Bun got rather over-excited by a Nuthatch, a trip tick none the less! From here we went down to the broads, and more precisely the Sea Palling to Somerton road.

It didn't take long for the goodies to role in. Just as we were pulling in at our first stop - Waxham Barn - some tall grey shapes a couple of fields in from the road looked just right for what we were after. Here they are.... 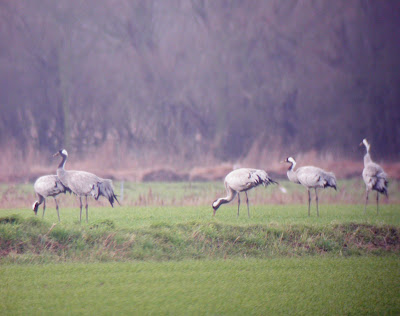 Whilst watching the Cranes, a nice surprise called overhead - a Lapland Bunting! It gave a 'chu' then a 'rattle' as it flew over us, then banked round just over the road before landing in a stubble field. I was well chuffed with this one...well well well chuffed! They seem to be very scarce this year. So off we went....and after some fruitless Pink-feet scanning we headed for Cantley Marshes. 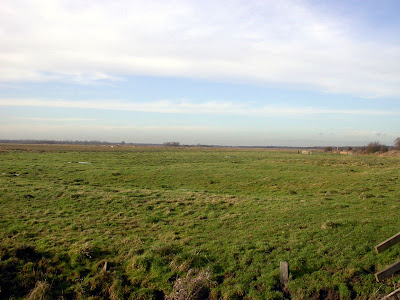 The view over the marshes from the end of Burnt House Road
Loads of Geese on show, masses more than I've seen here before. A few Taiga Bean Geese were what we came for, but also c80 White-fronted Geese and just over 200 Pink-feet (plus Greylags and Canadas). All the Geese left the marshes not long after our arrival thanks to some guys working on the railway.

The final destination of the day was Stubbs Mill, we arrived at the platform at 15:25, and it was already jam-packed! 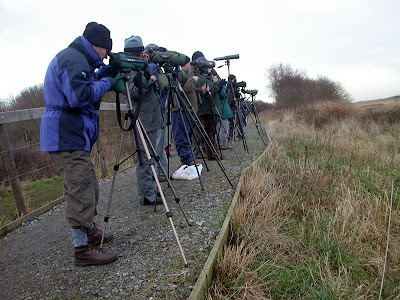 Can you tell where my place was, if I say that the contents were a packet of crisps, a flapjack and a hot dog it may give you a clue!!?
The roost was fantastic! As soon as I arrived I counted the Marsh Harriers on show - 31. Then as the afternoon went on I counted all the ones that flew in to join them. The final total being 68....awesome! This total includes some STUNNING adult males. Here's a video clip of some of them swirling about
Raptor-wise we also saw at least two ringtail Hen Harriers, two Merlins, two Kestrels, a Sparrowhawk and three Barn Owls. Then there were the Cranes. In all 19 flew in to roost, including one flock of 11! The others came in as two flocks of three and a two. Note how none of the flocks were of five birds, and as the five birds we saw today were feeding where a flock of 16 have been, it makes sense that the 11 we saw come in to roost were the other part of that flock. So I don't think we saw our birds from Waxham here, which would make our Crane day count 24. A single Woodcock flew past us on the way back to the car.

Another superb days birding, and we finished the day off with another superb meal at The Bowling Green. Tomorrow we are heading home, but slowly via plenty more birding sites.
Posted by Steve Waite at 20:56