This afternoon I arrived home after another few days away, but this was a totally non-birding break, well.....nearly! I took Kym away for a couple of nights in Looe, it was lovely and relaxing. And as for the hotel - luxury! This was the view from our bedroom window.... 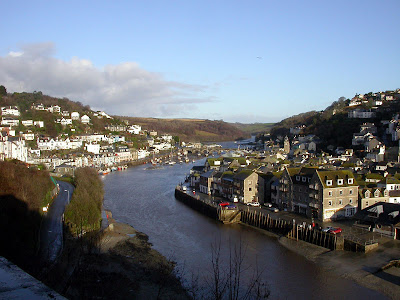 Looking slightly to the left 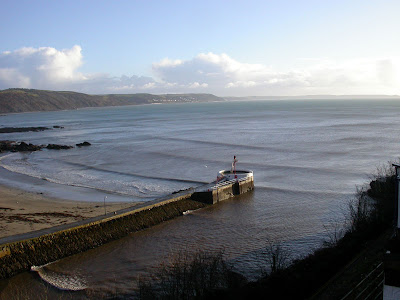 Looking slightly to the right
The small amount of time I was allowed to use my bins, I used it wisely! A scan over the sea from the front produced three Great Northern Divers, a Great Crested Grebe and three gorgeous Slav Grebes, my first for ages - nice!

On Friday late afternoon whilst my 'better half' was enjoying a late afternoon snooze, I sat in the bay window watching the Gulls come to roost down the valley. Nothing of note came past, but on a distant roof in East Looe I could just about make out a darker mantled Herring Gull-type. It wasn't a Lesser Black-backed, and I assume an argentatus would still show a streaky head. I tried some digi-binned snaps of it, but it was a long long way away. Doesn't stop me posting the results on here though, can you spot it? 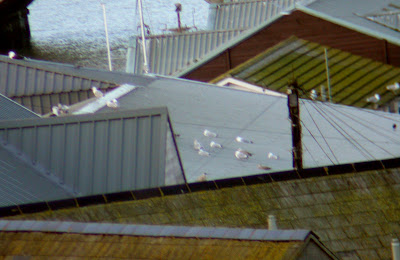 It's just below where the wires cross over.....whatever it is?

I arrived home today just after 15:00, and after half an hour I toddled off down the river. Lots of Gulls on the lower estuary, but after fifteen minutes most took off with the rising tide. Amongst them were four adult Med Gulls, one of them bearing a white colour ring. I couldn't read it though as soon after I found the bird it wandered into the water! Note I had a red colour-ringed adult Med on the river on Thursday as well.

There was a nice collection of ducks on the river too with the single male Tufted Duck, the female Pochard and a pair of Gadwall. A look on the sea afterwards produced another three Gadwall and c700 Wigeon. A little later Clive had another seven Gadwall floating down the estuary from the farm gate, so maybe twelve in the valley?

I also had chance to pull back another potential 2009 patch blocker after I totally jammed the/a Iceland Gull on Thursday. This was on Bridge Marsh, thanks for the tip-off Nick! 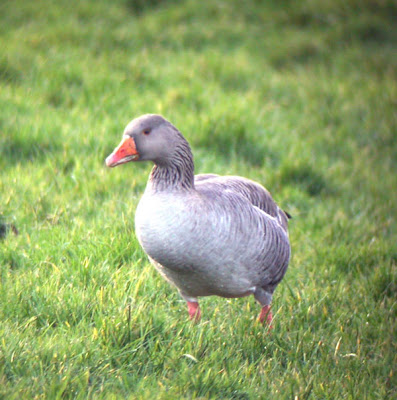