I was going to have another go at the Snowy Owl this morning, as I'm not due in work 'til 2pm. But I didn't, and it IS there....world's worst twitcher me!

So what did I do instead? Apart from some preperations for my up and coming holiday, I had a quick look about the estuary once the fog had cleared.

There was little on the river itself, and nothing of note on Colyford Marsh. ALL the action was on Blackhole Marsh, it was packed with birds! Lots of Gulls here, certianly seems to be the favoured high tide roost spot for the local larids. Amongst them, three adult Med Gulls. 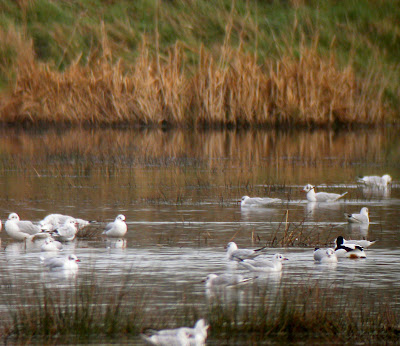 There's two in this photo 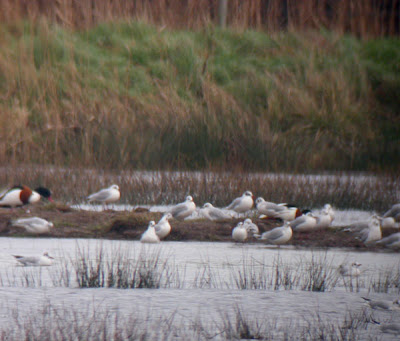 Although it is a rubbish photo, just to complete the set - Med number three.
A Green Sand was in a ditch besides the main lagoon, and ducks were represented by four Shoveler and four Gadwall. 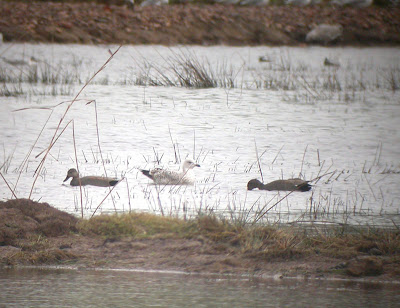 The two drake Gadwall, the other two were ladies.

So, well done to Fraser and the team, as this new reserve is already proving to be a haven for the local fauna. Bravo!

Lunch Hour Update
A quick sweep along the river showed three adult Med Gulls (one different from this morning's three, and one of this morning's was not one of these three....if that makes sense!) and our Spoonbill still, feeding about half way along the estuary.
Posted by Steve Waite at 13:00