A belated phonecall from Kym was nice this morning, the fact it was at 2am spoiled it somewhat!! And after it I just couldn't get back to sleep! So at 04:30 I found myself watching two hours of recorded telly from the night before in front of a roaring fire in the front room!!! Anyway, as I was up early, as soon as it looked like it was getting light I headed down the seafront. It wouldn't be right if I didn't have a 'sky shot' (or two!) in this post, so here's one... 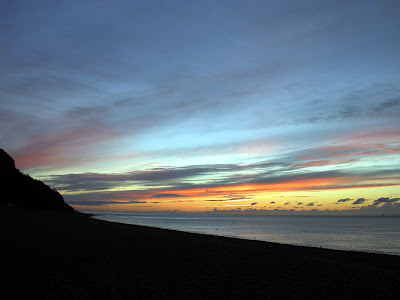 The sea was quiet, with three Great Northern Divers easily being the highlight; one flew in from the east before landing distantly then about 15 minutes later two flew east together. The only other birds passing (aside Gulls) were 40+ auk sp.. On the sea were 23 Common Scoters. I stayed here 'til just after 08:30.

Lower Bruckland Ponds produced the female Tufted Duck still (the male's not been seen here for about a week now). A stomp around in the saltmarsh north of Coronation Corner produced ten Snipe, a Water Rail and three Rock Pipits. The estuary early afternoon gave this single adult Med Gull and a couple of Common Sandpipers. 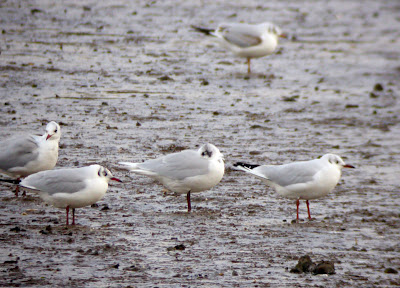 It just wouldn't get its bill out when I wanted it to!

Haven't seen many Wigeon today at all, they must all be hiding somewhere I haven't looked, but there was a nice gathering of a few less than ten off Coronation Corner. They weren't doing much but I just couldn't resist! 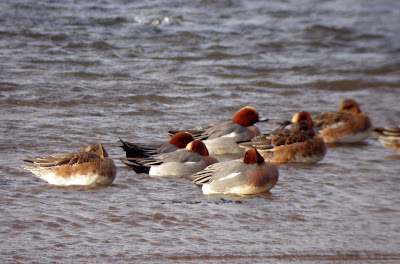 At 3pm I met Fraser at Seaton Marshes, and remained here 'til dark. Black-tailed Godwits have exploded in numbers over the last day or so, with just over 50 on show. Also on the marsh seven Shoveler and two Snipe.

As I was taking snaps of the sunset from the hide, my eyes picked out a duck flying away south with shallow wing beats. On putting my bins up it was clearly a female saw-bill (a GooseMerganser). Which one I don't know, as it was always distant and always flying away. After it flew over the town it dopped down, sharpish, maybe it roosted on the sea? With a single female Goosander on the estuary on Saturday, I guess there's a good chance it's the same bird - hopefully one of us will see it again. Finally, to end this post, here's the sunset over Seaton Marshes..... 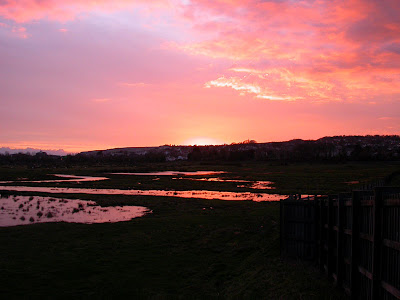