So why did I look like this for most of Saturday 25th April?? 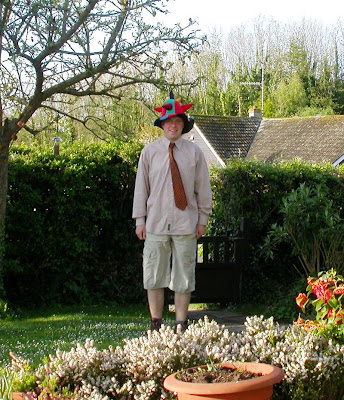 Not my usual choice of clothing I can assure you!!
Well my brother is getting married in July, but he wanted his stag do yesterday, so that's why I looked like this!!! 23 of us met up in Exeter at 9am, and at 10:30 we were dropped off in three teams on Dartmoor,the task was to navigate our way from our drop off points to Warren House Inn using a map and compass. My team were dropped off here... 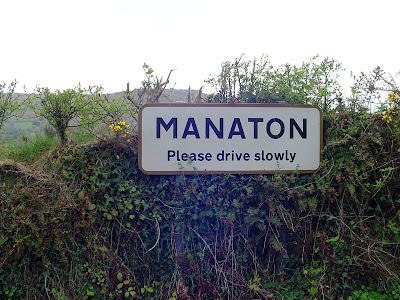 The plan was to get to Warren House Inn for our pre-ordered food at 1pm, my team arrived here at 13:10. The scenery en route was stunning at times, though a few hail showers ensured we spent quite a lot of the time with our heads down walking at a good pace. Here's a couple of photos showing some of the views... 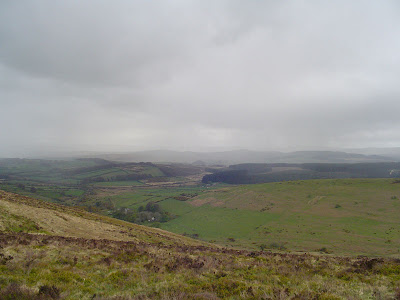 A hail storm heading right for us! 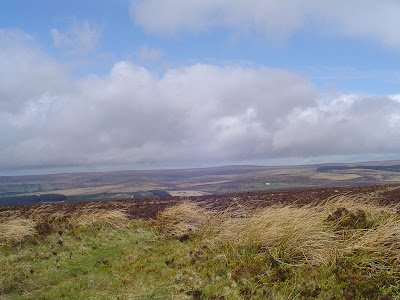 Looking south from Grimspound
And this was the first time we could see our destination... 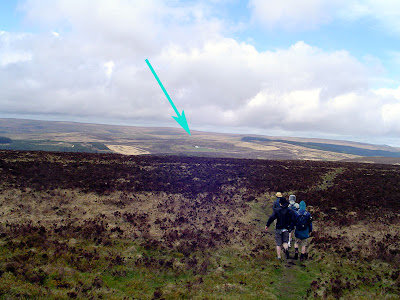 Still was miles away though!!!
As I have already said we got to the Inn at 13:10 - the first team back! WINNERS - GET IN!!! The other two teams had some problems though...

Team A was dropped off a mile too soon, they got to Warren House at 14:00, so it was a very good effort from them. 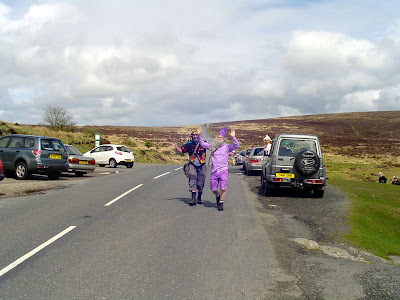 Here's the first part of Team A arriving at the Inn
Team C got it totally wrong though. Instead of taking lanes and footpaths they thought they'd follow a river! After an hour and a half as they had made such little progress they flagged down a car and got a lift to the Inn, and they STILL arrived later than my team!!!

All in all it was a brilliant day, and to top things off a Cuckoo called just west of Manaton near Vogwell Down. With the luck I've had with this species over the last few years on patch I wouldn't be surprised if this is the only Cuckoo I hear this year!!!

This afternoon I have spent a bit of time out and about on patch. The only real highlights worth mentioning include my first Common Swifts of the year with at least seven over Bridge Marsh with Swallows and House Martins mid afternoon. On the estuary there are now three Bar-tailed Godwits, 17 Black-tailed Godwits (there have only been three of these through most of last week) and at least 12 Whimbrel.
Posted by Steve Waite at 20:48