A Late Start And A Belated Update

I'll start with the belated update! An email has just landed in my inbox informing of the latest sighting of our famous colour-ringed Pale-bellied Brent - CILY. If you don't remember this click HERE. We last saw it on about the 15th March, then on 5th April he was here...


View Larger Map
Back on track - he was with 35 other PB Brents too!
Now to today, and as I've been getting up at six every morning this week I thought I deserved a lay in. As I wasn't due to take Kym to work til 10:30 I didn't go out until then.

A brief rain shower early this afternoon seemed to do the trick for dropping a few migrants. I was with Bun at Seaton Marshes at the time and five Wheatears and a Whitethroat appeared, along with good numbers of Swallows and Martins. There were also two Sedge Warbler singing on the Borrow Pit earlier in the day.

After this we went for a Beer Head wander, which produced my second Redstart of the year, another female. There were two Wheatear here too. A look out to sea after this showed ten Whimbrel fly west, which takes me back a few hours....

Late morning a look on the river showed that yet more wader passage has taken place. The highlight was my second Greenshank of the spring, along with an especially stunning summer plumaged Dunlin and this Whimbrel... 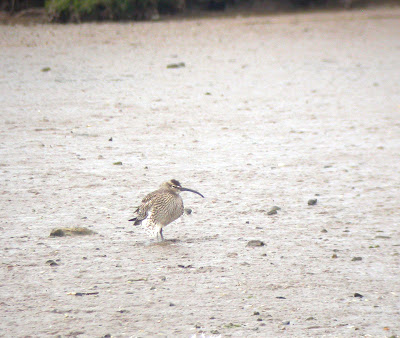 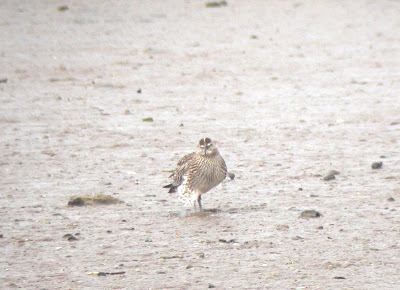 Showing its stripes
Got a busy night tonight, and won't be in bed til late, but am going to try and get up early tomorrow because it looks like it might be a good one...
Posted by Steve Waite at 16:40