Sorry for the lack of posts of late, I worked all of last weekend then spent a couple of nights in Plymouth, returning yesterday late morning only to go straight to work!

I had a small window for birding this morning, so looked at the sea from 08:40 - 09:30, Ian M soon joined me. As the title suggest there was a fair bit of Diver action! In a 25 minute window 13 Red-throated and three Great Northern Divers flew west. The biggest single flock was of five Red-throats. Another Red-throated Diver was sat on the sea along with 12 Great Crested Grebes and 13 Common Scoters. A flock of six Teal flew into the bay from the south, another Common Scoter flew west as did 10+ Auk sp.

Really busy time coming up, work will be getting busier and busier, days off even more sporadic, and in the mean time the last minute Christmas shopping list is getting bigger and bigger!!

To ensure this post isn't a boring photo-less one, here's a snap of THE bird of the season.... 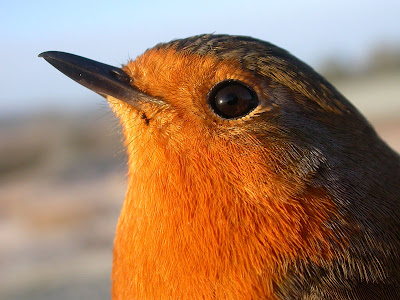 A winter plumage Restart....well that's what they used to think!
Posted by Steve Waite at 09:59