One For The Larid Enthusiasts

Haven't had any birding time at all recently, when I've not been at work there's been too many other things to do! This morning I had a bit of time some gave the Gulls a mid morning glance on the estuary.

There weren't that many Gulls really, and an adult Med Gull showed itself pretty quickly. I spent most time looking at the large Gulls though, and two highlights emerged from my grilling. First of all, and much more straight forward than the second was this nice adult argentatus Scandinavian Herring Gull. 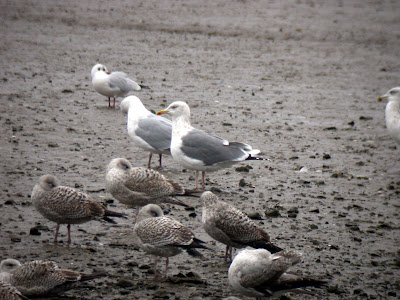 I do well with argentatus, found three last winter. This is the first one of this winter.

Then I found this, it was striking! It stayed for about ten minutes then flew off south west over Seaton Marshes, this happens too often with interesting Gulls! Before I saw its head and bill it gave off Caspian-vibes, but I can't say it did when I saw it well.

Still not really sure what it is! It was a sub-adult bird, probably fourth year, so possibly just a sub-adult Yellow-legged Gull which hasn't acquired its yellow legs yet - but that is rather surprising as all near adults of this species I have seen have had at the very least dull yellow legs. So, calling all Gull people......WHAT IS THIS BIRD?! It's mantle was obviously darker in the field than the surrounding argenteus and it looked soooooooo long winged. 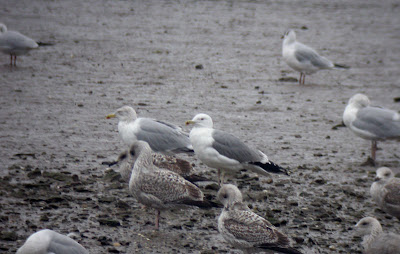 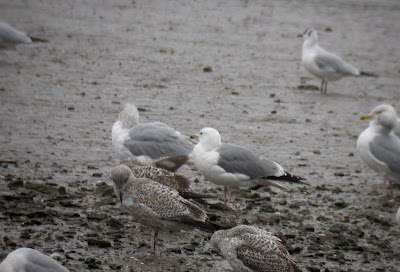 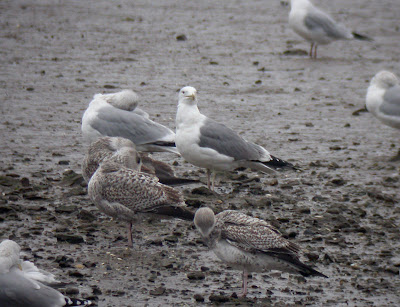 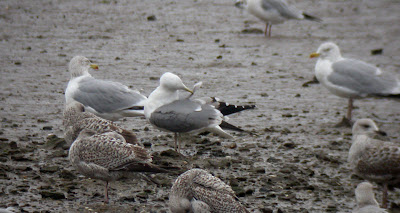 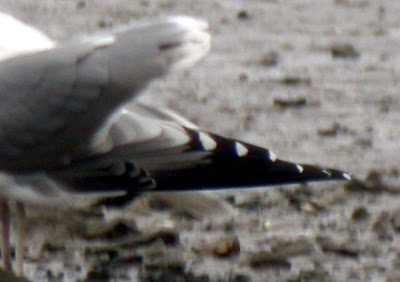 Looking at these photos again, the bird still gives off a nice Caspian-ish vibe, look at those eyes.......hmmmmm....?

I do love Gulls SO MUCH, and what I love about the big ones is that every now and then I find one that stumps me. For example over the past few years I seen at least four of what I presume to be Herring X Lesser Black-backed hybrids. I'd love to hear what everyone thinks about this bird...please post some replies with your ideas.

Thanks, and Happy Christmas!
Posted by Steve Waite at 11:49