Just after 10am I stumbled across this gull on the Estuary... 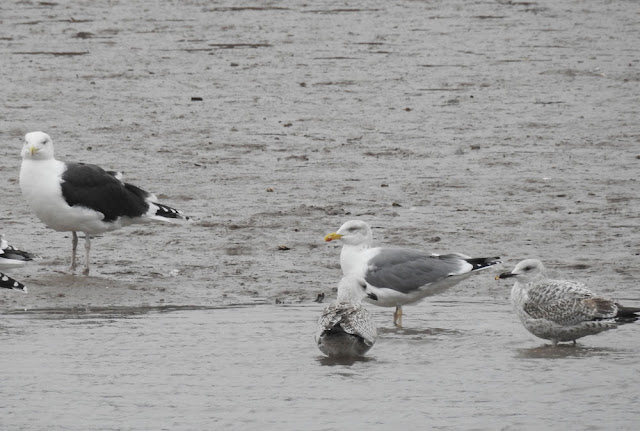 It was larger than the nearby Herring Gulls, showed a nice dark mantle and yellow legs (not bright but that's ok for a winter YLG) and the legs did look quite long. I did think it had a little more head streaking than expected for an adult winter Yellow-legged Gull, but it wasn't heavily streaked not by a long way.  All in all it looked a pretty good winter plumaged adult Yellow-legged Gull to me, huddled in with a group of wind blown Great Black-backed Gulls.  It certainly wasn't one of those small, pinky-yellow legged, funny coloured mantled hybrid things. This next photo shows the size of it compared with an adult Herring Gull (far right).. 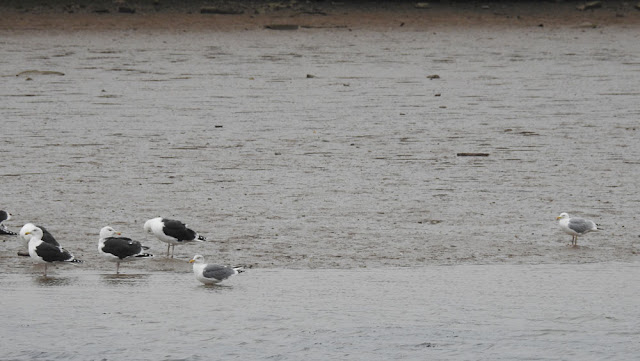 But then it gave an all important wing flap and this is when it all fell to pieces... 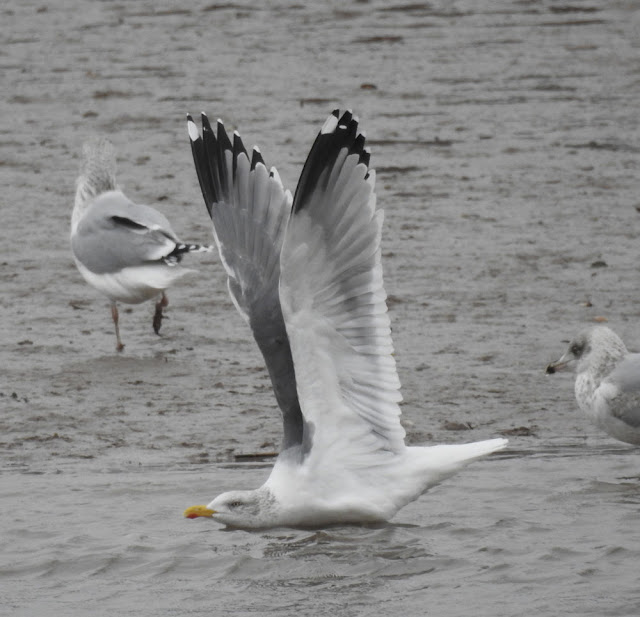 Ugly. So so so ugly. P5 completely wrong with just half a black band, and what's going on with P9? Nothing more than a white speck on the right wing, but what looks like a proper small window on the left wing!

This was a worrying bird for me. I have always found the 'usual' hybrids (presumed Herring x Lesser Black-backed Gulls) pretty obvious, but this was something else, maybe a Herring x Yellow-legged?

Earlier, before this headache, I enjoyed an hours sea watch from Spot On and saw:


Yesterdays sea watch was far less exciting, but on Wednesday I struck lucky with a Jack Snipe along with 15+ Common Snipe in a small patch of Juncus near Boshill Cross. Now that was a very handy PWC year tick!