Although it's off patch, I just had to pay the Little Bunting that James Mc found on Trinity Hill late Saturday a visit. Full marks to James for this great find, who (thanks to news from Sue Murphy) kept on checking the flock of up to 80 Reed Buntings that are feeding/roosting here. A great example of how some clever thinking, and persistence, can pay off.

The weather this afternoon was dreadful, and Trinity Hill was fogged out and wet. You couldn't make out anything further than about 25m away, so I chose to just stand by some bushes and wait. About 30 Reed Buntings and 20 minutes later, 'tic tic'... 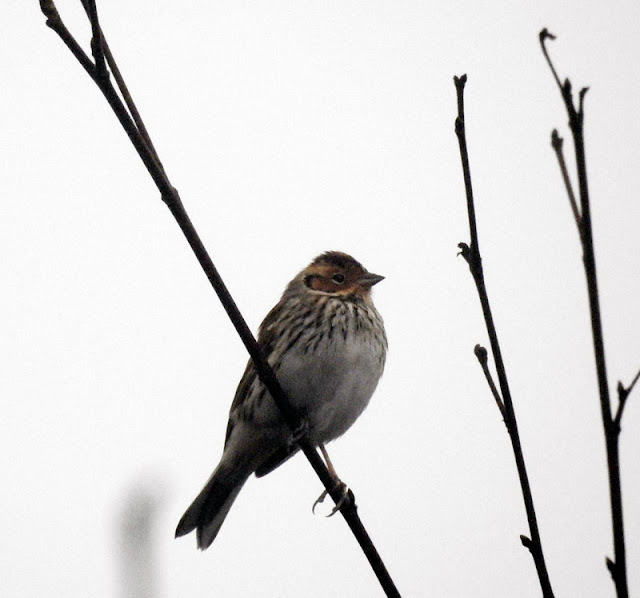 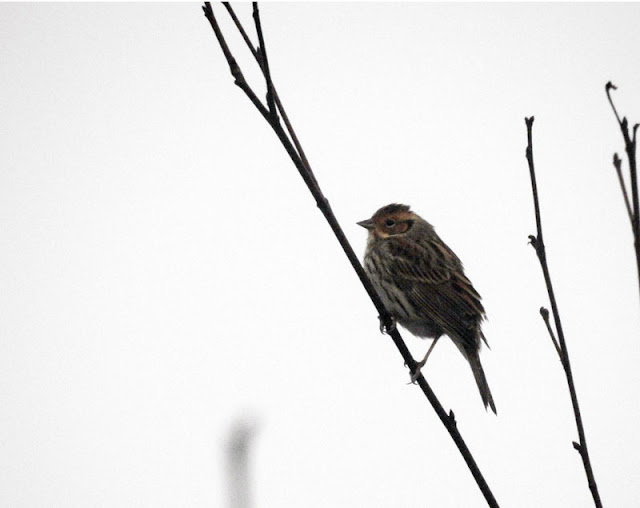 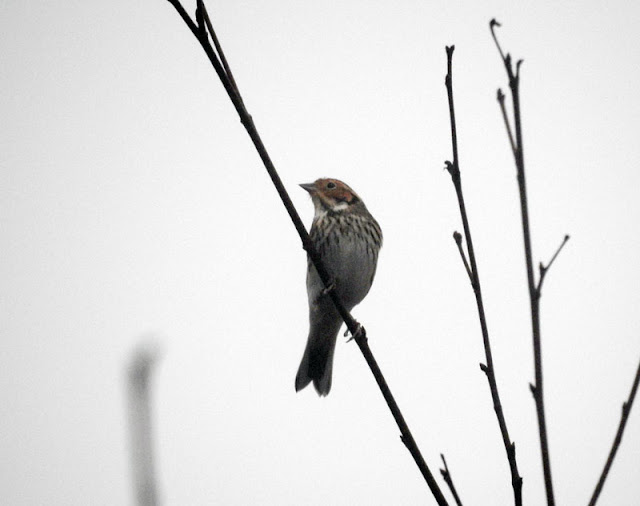 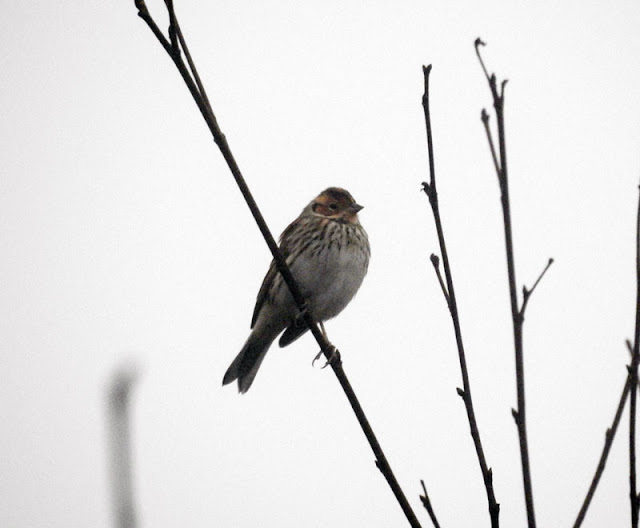 What a terrific little bird. Although when I say little, not that much smaller than a Reed Bunting if you ask me. Clearly shorter tailed though.  It was great to hear it call several times, so Robin-like but just a little cleaner, not so liquidy if that makes any sense.  If you're going to try and see it yourself hopefully this map helps, the red cross is where I stood... 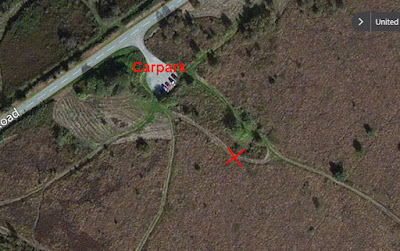 Now back to the patch, my PWC patch to be precise. It took until today for Golden Plover to be added to my PWC list, despite up to 70 being present for most of this winter about two miles outside my PWC patch boundary!  There seemed to be a load more Lapwing in the valley too, and 'the golden one' was with a small group of Lapwing in the field opposite Colyford WTW at 9am.

My other recent PWC year tick (my first for a week in fact!) was a Little Owl on Saturday evening near Lower Bruckland Ponds. It's nice to know there are still three local spots for this declining species, but there are most definitely fewer around than five years ago.

For a damp, dreary and dull late January day, it's not been too bad at all!
Posted by Steve Waite at 15:47