See what I did there?  If not, hopefully once you've seen the contents of this post it will be more obvious :-).

Completely fogged out this morning on my PWC patch, which could well have cost me Whooper Swan as one flew east past Cogdon and on to West Bexington at 10am. If it could have seen our valley it may well have chosen to land here. Drat.

Thankfully the fog cleared early afternoon, but a few hours out and about failed to show much of interest. Except possibly a couple of Rock Pipits...

We used to get a double figure flock of Rock Pipits on Colyford Common during the winter months, and they always seemed to turn a bit pink in late winter and then get considerably pink and even a touch blue headed in early spring before disappearing. So safe to say they were probably mostly (or all?) Scandinavian littoralis birds.  But we haven't had these birds for several years now, so it was really nice to see two or three Rock Pipits on Colyford Common this afternoon... 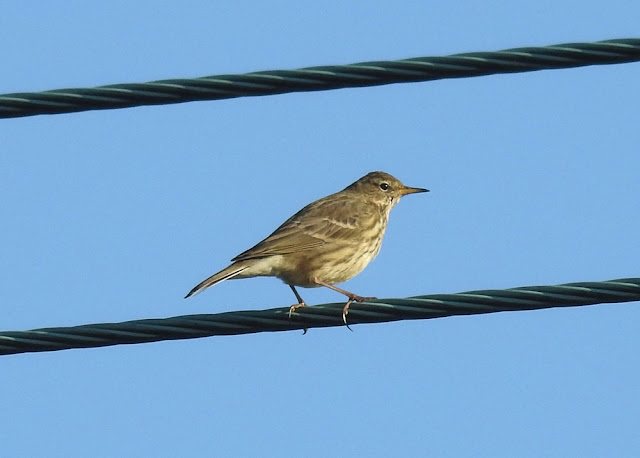 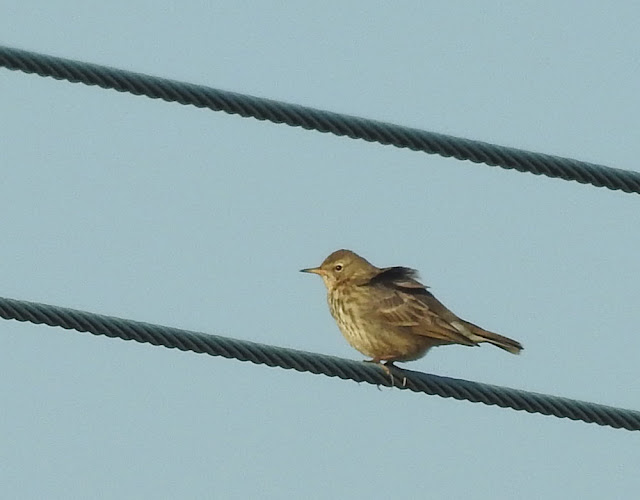 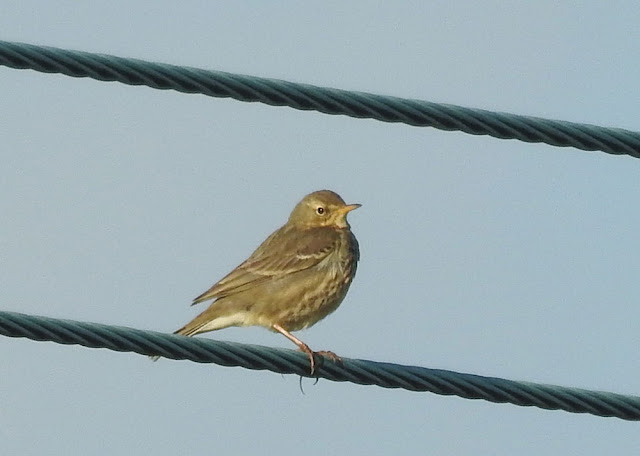 This enabled me to conclude that today's birds on Colyford Common were.... Rock Pipits.

To be honest they do just look like Rock Pipits to me, nothing that different to what I'd expect to see grubbing about among the boats on Beer Beach. But this doesn't mean they are not littoralis, as guess what, winter plumaged littoralis can look just like petrosus!