What a stunning morning, just what winter should be like. It started off here at -4 when I headed out at 8am, and was still just -1 at 10am. 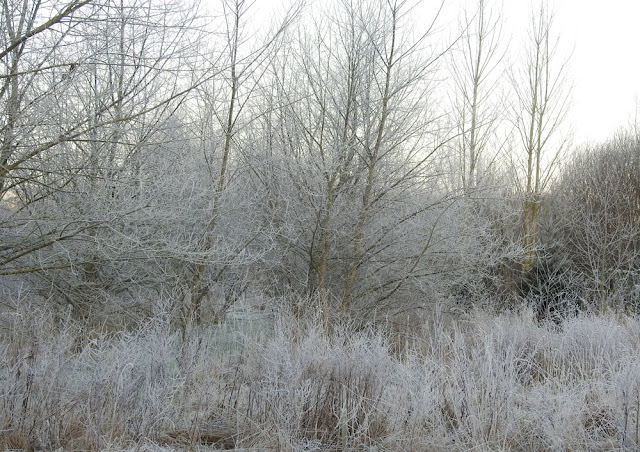 Birding-wise today was one of those days you want on a New Years Day bird race.  There's some resident species that although are probably always here, aren't always easy to find.  And these are even harder when considering my PWC patch is vastly smaller than the Patch.  But I was on it this morning.

A dog walk up and back the one lane in Axmouth that is on my PWC patch just wouldn't stop delivering with Green Woodpecker, Kestrel, Jay (two), Stock Dove, Marsh Tit (two), Red-legged Partridge, Treecreeper and Yellowhammer all added to the year list. I was also surprised to see a Water Rail and a Little Egret here in a tiny wooded stream, presumably birds slightly dispersed by the cold weather.

Prior to this Lower Bruckland Ponds gave me another tricky resident year tick, with two Mistle Thrush. And a sea watch was worthwhile first thing (despite the 'sea fog') with groups of five and two Brent Geese east and three Great Crested Grebes on the sea. 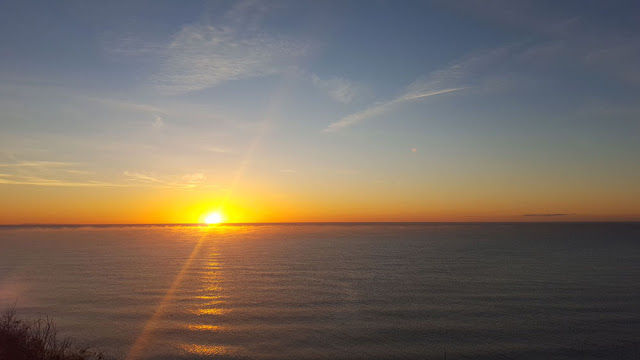 So all in all a pretty successful morning. Thoroughly enjoyable too which I suppose is most important.

Yesterday the only patch birding I managed was a 40 mins sea watch first thing. Pretty quiet, although two year ticks came in the form of two Red-throated Divers and a Common Scoter past.

The rest of yesterday was spent off patch with Jess and Honey, but I must just mention our trip to Topsham... 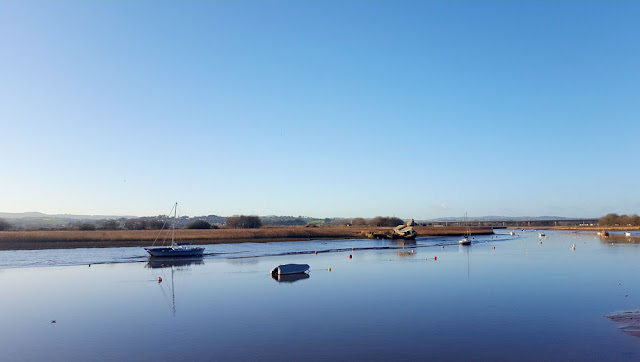 We basically went to the Rec at Topsham to eat a doughnut.  But came away having seen a Yellow-browed Warbler, a Long-tailed Duck, two Goldeneye, a few Avocet and Red-breasted Mergansers, and heaps of common wading birds. Now that's what I call a good doughnut!

Mid pm edit: I finally ran into the wintering Black Redstart this afternoon, on a house roof near Axmouth Yacht Club. Far more of a surprise though were a pair of Red-breasted Mergansers that flew east offshore just after 14:00. RB Mergs are just about annual on patch, but you could easily go a year without seeing one here. Bonus!