I'll get the negative stuff out the way first.  I missed two good year ticks yesterday, one that didn't turn up until after I got to work, a Sanderling on Blackhole Marsh. The second was a Caspian Gull, I got to Coronation Corner about ten seconds after had flown. Painfully I could see two distant gulls flying away north over Colyford Marsh, of which one was the Caspian Gull.  I'm sure there's some out there who would have ticked it, but I couldn't tell which of the two it was so it's certainly not on my list.

Both, although great patch birds, I do think I'll get another chance with. Not so confident with Waxwing and Glaucous Gull though!  Ok, that's enough moaning...

Yesterday morning I went up Beer Head, hoping the change in weather would do something. It certainly did!  Great to see migrants about, although the cold wind didn't make it easy - or that pleasant to be honest with you!

The highlight has to be the male Redstart on the top of the headland - a cracker. Sadly it didn't pose for photos, when it did pose it was just too distant.  These were my full counts: 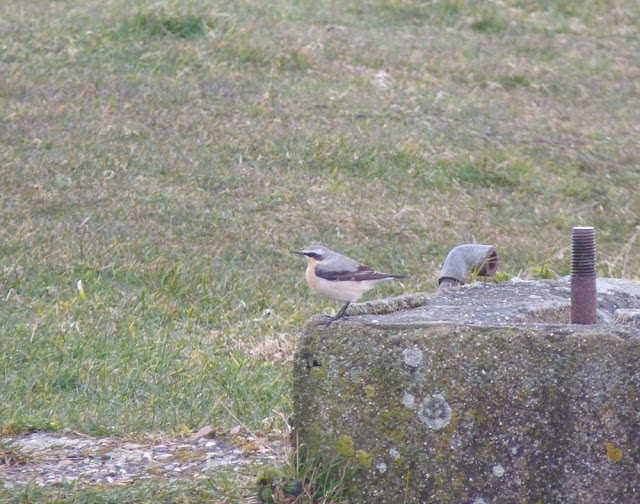 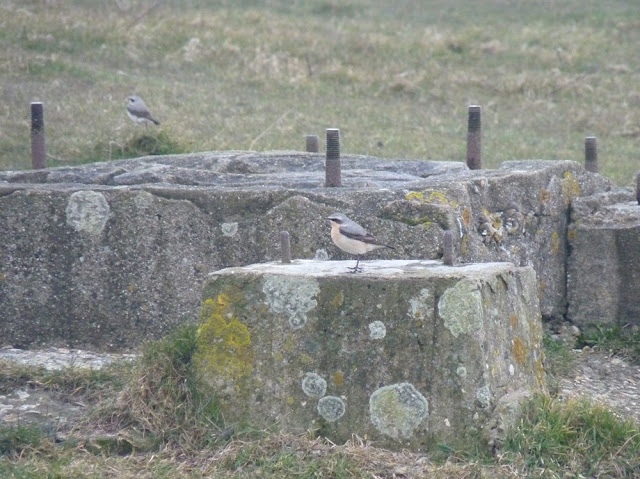 You would been forgiven to think it was actually late March, or (minus the Willow Warblers) late October!  Although there were lots of birds, it didn't 'feel' like an April 9th fall. I wasn't expecting to hear Gropper, or see a Pied Fly or Whinchat - all a real possibility on this date. It just felt like late March with all the thrushes and Robins around!

I saw a few other bits and pieces yesterday . Four Wheatears behind the old Racal site in town, several Swallows including the first on territory, several White Wagtails and at least one Water Pipit on Colyford Marshes scrape.

This morning I tried Beer Head again, Ian M joined me for a wander around. With clear skies I wasn't expecting much. I was right with just the following noted:


This afternoon, all I've had time for was a quick look along the Estuary. A distant second-winter Gull north of Coronation Corner looked good for Yellow-legged to me, but with rubbish light, the distance, a lack of time and no digi-scoping camera, I had to leave it as a 'prob'. After a quick look at Olsen and Larrson I texted Gav, who unbeknown to me had just arrived at Coronation Corner (he's never far from a Larid flock!). Thankfully the gull was exactly where I had left it, and he was soon able to turn it from a 'prob' to a 'definite'. Hopefully he'll post some photos of it later.

And that's that. So a mixed post - but overall I was just pleased to see some actual spring migration. Bring on some more...
Posted by Steve Waite at 15:07