I've been working lates all week (normally starting at one and working to til half ten/eleven), which is great for morning birding - but means I get very tired very quickly! Hence why this post is a day late!

I started the day yesterday at Colyford Common, which was all quiet until a Cattle Egret flew north up the river before landing on Bridge Marsh. I nipped round to Bridge Marsh but it had moved on before I got there. I assume this was the same bird as a couple of nights ago, it's probably feeding up river somewhere and roosting in the lower estuary area. Cetti's Warblers were suprisingly vocal, even a couple of birds in full song!

Lower Bruckland Ponds showed the drake Pochard still, he's a fussy one though. Also here three Lesser Redpoll and nine Siskin flew over. Here's a photo of the top pond, notice the mass of Ducks! 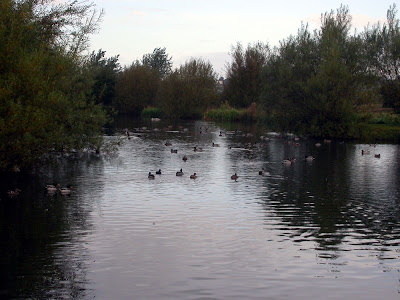 And two ponds down the scene looked like this, the Pochard all on his tod! 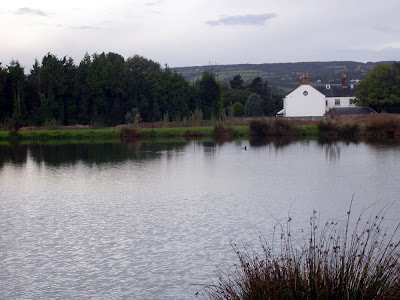 Nice to see a bird with some self-respect!

So at midday I went to work, and had been here for a few hours when Fraser phoned about the Pec Sand he had just found! Now finding a Pec is good as it is, but imagine finding one on your own nature reserve on an area of water that you put there! Nice one Frase!

I toddled off down there in my lunch hour and enjoyed lovely views of it feeding at close range. Didn't have my camera with me though, but there's enough photos of it anyway on my fellow patch birders blogs. If I remember rightly this is the sixth Pec I've seen on the Axe, this one was certainly the most showy though! A yank at last!!!
Posted by Steve Waite at 22:40