Wow, how the birding has changed during my 'time-off'! Today saw my first decent stint in the field for over two weeks and it just feels so wintery! For a start, small flocks of Redwings were zipping about everywhere - plus it got dark at 5pm!

Having spent the first day off I've had for zonks in Plymouth with Kym, I returned to Seaton at about 9am this morning to spend my second one out and about on patch. First port of call was to have a gander at the two Black Redstarts that have resided at Axmouth Yacht Club for the past couple of days. Didn't take long to get them both in the bag, then there were three.....then FOUR! On several occasions all four were perched up on the pinnicles of the red roofs of the houses on Trevelyan Road at the same time - cool! The camera soon came out.... 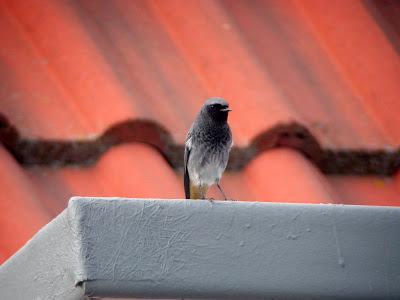 The star of the show 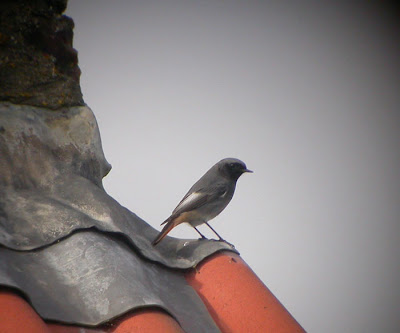 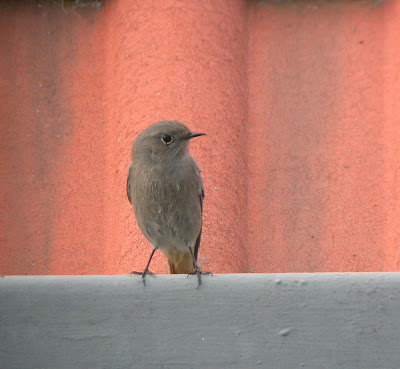 One of the ladies 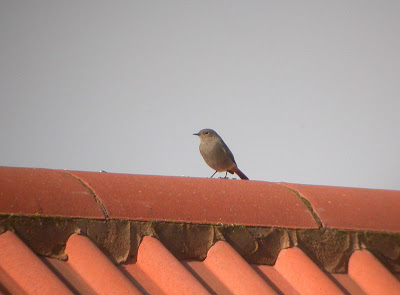 I didn't get a snap of bird number four, but it appeared to be a immature male with a little black around the face and a shadow of a white wing panel. Not a patch on the main man though!

Yesterday Phil stumbled upon a pair of Tufted Ducks at our prime diving duck haunt, Lower Bruckland Ponds. This morning they were still present, not the most attractive pair I've ever seen but hey ho, patch quality never-the-less! Surprise surprise, the camera came out again. 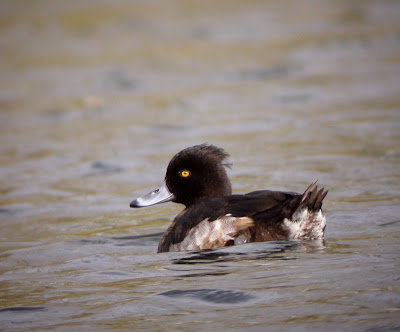 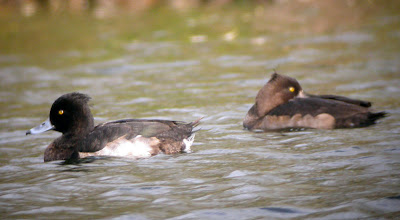 'Just the two of us'

The river today has shown 32 Black-tailed Godwits, 1 Dunlin, 3 Green Sands, 1 Common Sand and an adult Med Gull. The same Med was in the roost a few hours later off Seaton Hole. I've checked several Long-tailed Tit flocks today, but a couple of Chiffchaffs were all I could muster.
Posted by Steve Waite at 14:43