Seemed to be fairly quiet this morning, with the sea producing very little; a couple of adult Common Gulls and the odd Common Scoter and auk sp. passing. Plenty of stuff moving about 5 miles out, just a little too far though! Lower Bruckland Ponds gave a Lesser Redpoll over and Colyford Scrape showed two Ruff (one up!). The estuary revealed nothing much of note but this colour-ringed Herring Gull. 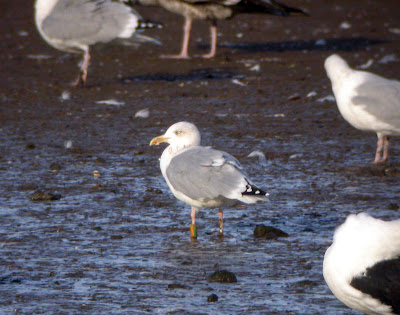 This is the second Herring Gull I've seen this autumn bearing a yellow ring with green script, but can't seem to find where they are coming from! This one read '0407'.
Rewinding the clock to last night (Thurday evening). I'd been at work all day so wanted to make the most of the 45 minutes of light left. A look through the Gulls on the estuary revealed this really dark Lesser Black-backed Gull. 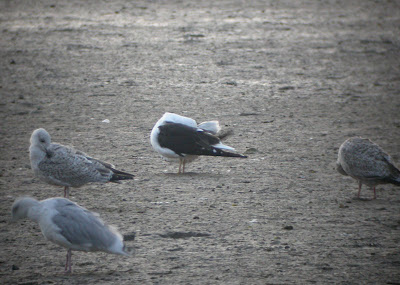