Yesterday I enjoyed a brilliant day with family celebrating my 29th birthday (yes I know - it's the big one next year!) and late afternoon had a box full of surprises which topped the day off perfectly... 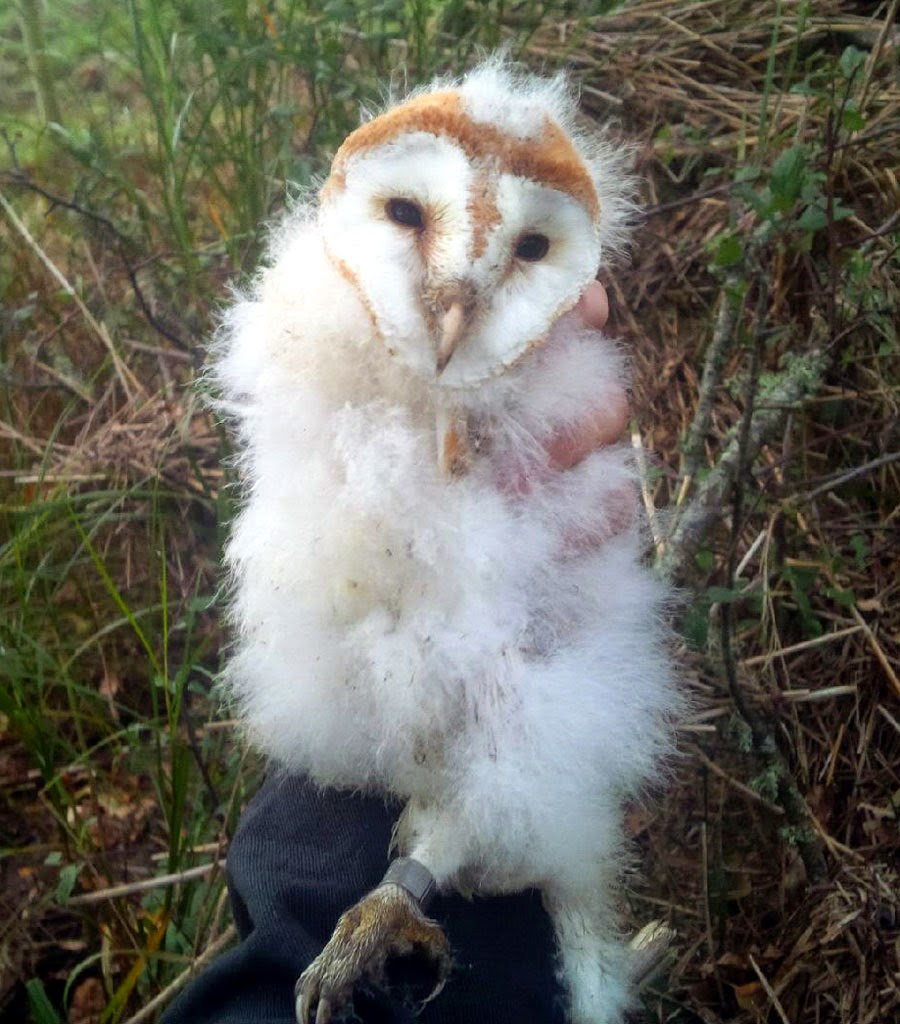 I was privileged to ring a very late brood of Barn Owls (on patch), and the bird pictured was one of the biggest! I was expecting to find two of three, but incredibly there were SIX huddled together in the box! I just hope it's not too many for this late in the season, really need the weather to remain decent for them.  It would be interesting to know if this was a second brood, or has followed on from a failed first brood or a late pairing.

Apologies for this blog being so quiet last week, have had my head buried in my laptop. However busy I am, now we have a dog pleasingly I HAVE to get out every morning. I walked Honey where ever I thought I might have seen some birds - most days this was Beer Head but I also went to Seaton Hole and Axe Cliff.  Monday and Tuesday last week were the best days, with Chiffchaffs, Blackcaps and Meadow Pipits all over Beer Head, and Tuesday also gave a group of six Spotted Flies.  Sadly nothing better though.

I did manage to squeeze in a visit to Black Hole Marsh last Monday and was amazed to see eight Ruff on the marsh which is an excellent count, the variation between the cute-faced dainty little females and the hulking great males is ridiculous!  Also saw two Little Stint with the Dunlin, and there were three here the following day.
Posted by Steve Waite at 08:38