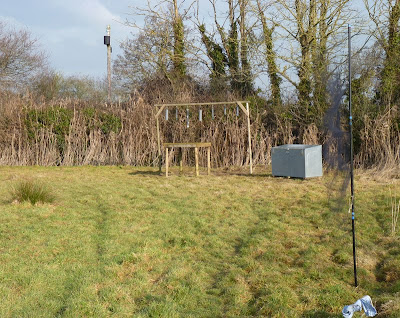 A feeding station fit for Simon Wakely's garden!!
We only caught six birds, and five of them were already ringed! Star bird was this cutey... 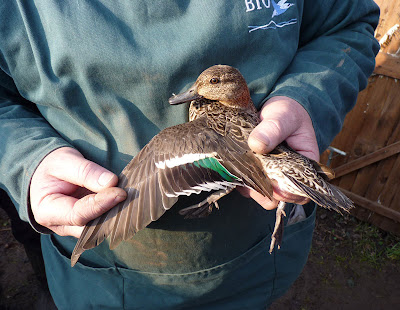 Teal are always good value! This wasn't caught by the feeding station though!!!
I had a nice wander around Blackhole Marsh and Colyford Common whilst ringing here, a Green Sand, two Water and nine Rock Pipits were the highlights. The scenery was stunning as usual... 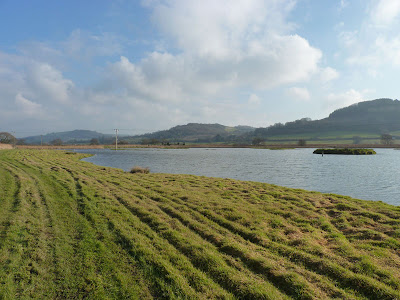 Full of lovely saline water again too!
The evening's ringing session was a bit more productive, as the whoosh net caught us nine birds. We extracted and sacked them up, before getting the ringing gear together... 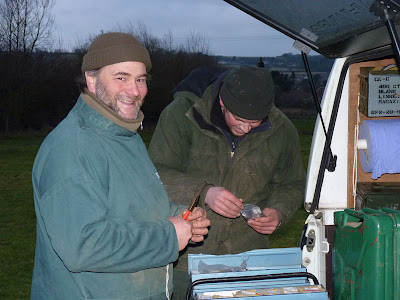 Fraser looking just a little excited... we said Shelduck Frase - not Shoveler!
Then it was time to sort the birds out... 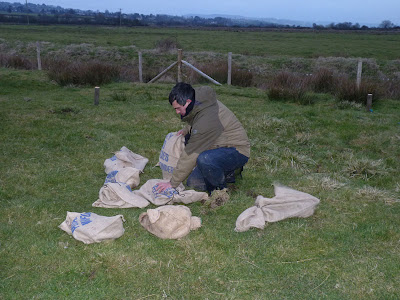 Doug playing 'find the Moorhen!'
There were in fact two Moorhens, time to apply the rings... 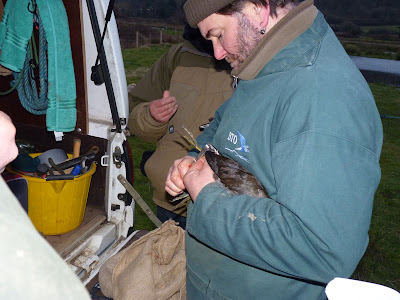 Look at those legs!
And here they are, an adult and a young'un... 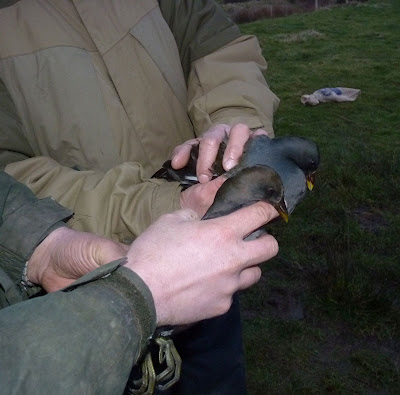 Note the Shelduck in a sack in the back ground!
All of the seven Shelduck were already ringed, six males and a lady. Then it was home for dinner :-)

Have had little time out birding today, the estuary producing three adult Med Gulls. A pity the sun wasn't out though... 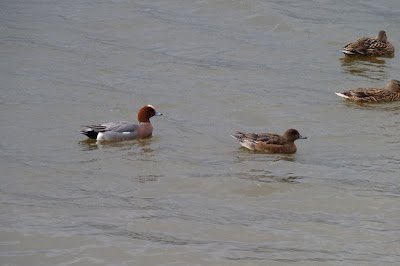 These will only be about for a couple more months
A look from Seaton Hole gave the Eider but little else, apart for the usual lovely view of the bay... 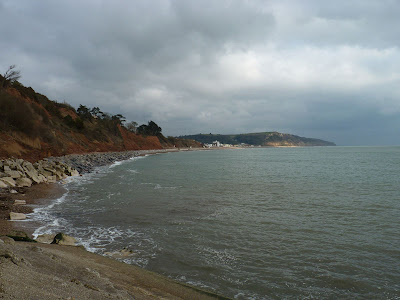 That's Axe Cliff in the distance
Lastly I must mentioned this; a juvenile Sedge Warbler that we ringed at Colyford Common on 27th August 2009 was re-captured ten days later (on 6th September) in Wales! The exact location being Uskmouth, Newport in Gwent, which is 91km from where it was ringed.....that's 91km IN THE WRONG DIRECTION!
Posted by Steve Waite at 20:11