Time To Turn The Heating On

If only the title was indeed true, because my bank balance would look a lot healthier if it were!

What has been labelled 'The Beast from the East Two' is currently blasting most of the UK with freezing cold winds and snow.  We've even had a few flakes down here late this afternoon but nothing serious yet (looks like Thursday/Friday may deliver this though?).   And like I'm sure every local patch birder in the country, I'm excited, very very excited.  A decent spell of cold weather can often produce bird movements even more impressive that what spring or autumn delivers.  A good cold snap just shakes things up a bit during the dullest and dreariest months of the year, especially February by which time the winter doldrums have often set in and spring is still too far away.

Of course when the weather becomes too cold it's just plain devastating.  I will never forget the sight of tens and tens of dead Lapwing that I found during the first Beast from the East.  Sickening.  Hopefully this one will not get this bad, and from the forecast it looks like it won't with signs of things warming up from Friday onwards.

So today was day one for us, with parts of the east of the UK and Scotland under a layer of the white stuff, and more falling as I type this.  And over the North Sea wow things are really cold - although the early signs are that many of these birds are escaping it by flying south west into Belgium and France and not west towards us.  Do think this will still give us some oddities though at some stage.  Woodcock are clearly coming west for example - Flamborough in East Yorkshire recorded over 180 a couple of days ago, which is by far their highest ever day count.  A clear sign of birds coming in and only about a month before they'd usually be thinking about heading off east!

A walk along the beach first thing this morning showed a constant northerly/north westerly passage of gulls.  Mostly small ones, and as I could see them coming from miles out, or from around the corner (Dorset) I knew they weren't the local birds.  Mostly Black-headed and Common with the odd Med Gull involved. A couple of Red-throated Divers flew west, but no sign of any wildfowl movement yet.  Although that's wasn't all that surprising, as they are a bit bigger it usually takes a couple of days of cold before they get moving. Most large water bodies are probably still unfrozen too.

The rest of the day I have been at work, but even from there I could see cold weather movement in action.  Namely Dunlin. 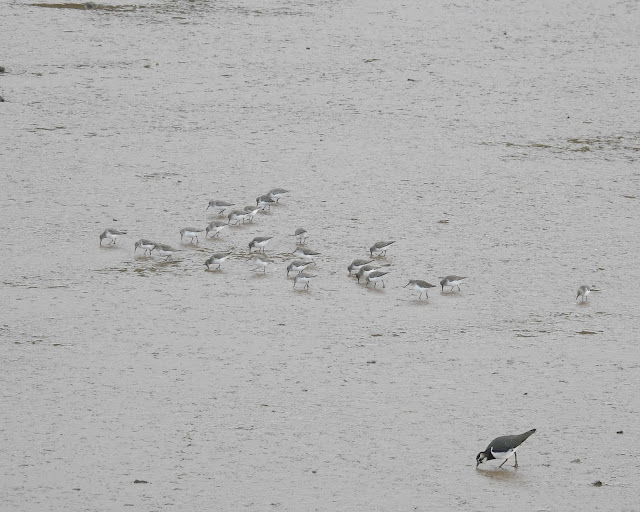 Just makes me wonder where they have all come from?  Presumably quite a long way away as all the Estuary's along the south coast of UK and in the south west are still unfrozen.   Possibly they have come from Holland, or up the east coast of the UK somewhere?  Just amazing.  And as they arrived in dribs and drabs, there's a good chance most of them have never met each other before! Love it.  Migration, be it cold weather induced or just seasonal, its quite simply mind blowing.

Also noted a few Lapwing flying in-off today, with plenty huddled down in the corners of marsh I can see from work late this afternoon.  No Golden Plover for me but Mike reports a couple this evening near Musbury.

As expected after what I saw offshore this morning, there's been lots of gulls about all day, although nothing better than a small turn over of Med Gulls.  This one was doing its' best to rock a summer vibe despite the temperature... 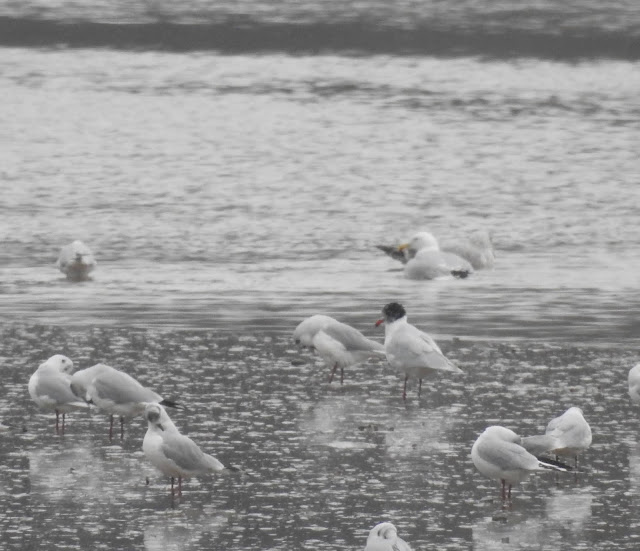 So let's see what tomorrow brings.  It's another work day for me, not that that's necessarily a bad thing considering my incredible office view!

I'll sign this post off with a picture of one of our wintering Cattle Egrets, which I snapped about a week ago on Bridge Marsh. It's amazing how quickly they've gone from being RARE to being not worthy of a blog post. - well not even a tweet to be honest... 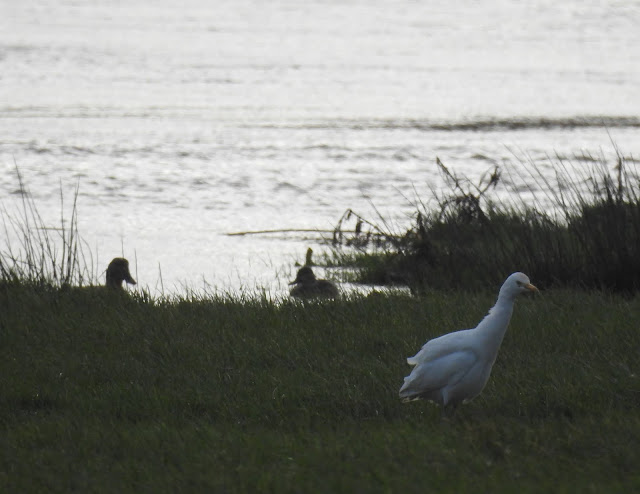