I ended my last post saying how good last week had been for wildfowl on the Axe, well this week it got even better!

This morning an Egyptian Goose plodding around on Bridge Marsh with the Mute Swans was a nice surprise. Although I had a couple fly through the patch last spring, we haven't had a settled bird for quite a few years now...


Then this afternoon, a pair of Garganey graced the valley and I was delighted to catch up with them on Axe Marsh from Norcombe's Gateway early afternoon... 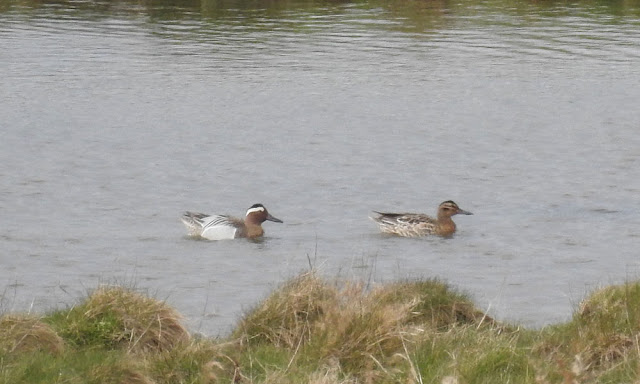 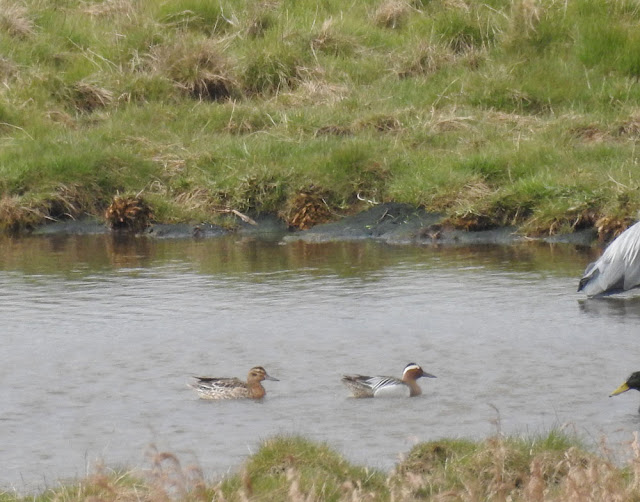 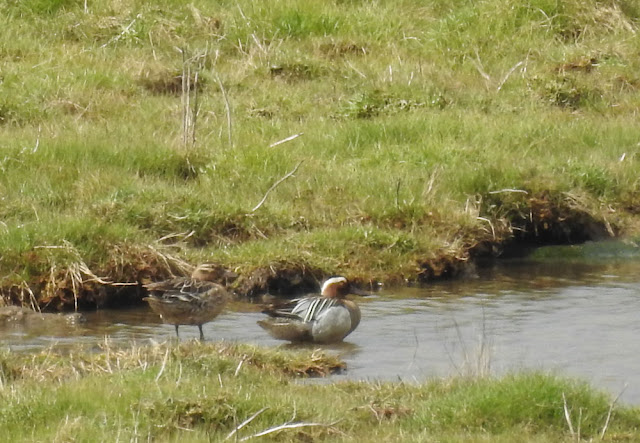 Absolute beauts. A drake Garganey is without doubt my favourite dabbling duck of all time, and sits in my top five of ducks (Smew, Eider, Scaup and Long-tailed Duck - all drakes - the others). But don't underestimate the female, with those gorgeous head stripes and almost russet breast.

Although the Axe is a south coast Estuary with plenty of pools, ditches and marshes, we do surprisingly badly for Garganey. They just never seem to stick. Even these two during the course of the afternoon were flying around all over the place, and even spent half an hour or so towards dusk just sat on the water on the lower Estuary! No doubt they will be gone by the morning. I was so thrilled to see them as I've not seen a spring drake here since March 2010, I've missed four since! My last Garganey on the Axe was a surprise juvenile on the late date of 18th Oct 2013.

Many thanks to Mr White for finding these, and Dad for tracking them to where I managed to see them.

March has been quite good for us, I wonder if there's another surprise or two before the month is out?