Our first Little Stint of the autumn appeared mid morning today on Black Hole Marsh, found by Clive (it wasn't there at 9am!). Also present two Ruff (a second juvenile joined the lingering bird yesterday morning - present at first on Colyford Marsh but now both are on Black Hole), the juvenile Curlew Sandpiper (for its fourth day) along with small numbers of Greenshank, Green and Common Sandpipers, 26 Dunlin and seven Ringed Plover.  The Spotted Redshank wasn't on Colyford Scrape this morning, but this is where it has been most days.

Here's some (poor) pics of the star birds...

And that's that.  I'll leave you with the view from Colyford Common hide early yesterday, the sun rising over the Axe Valley on a lovely mid September morning... 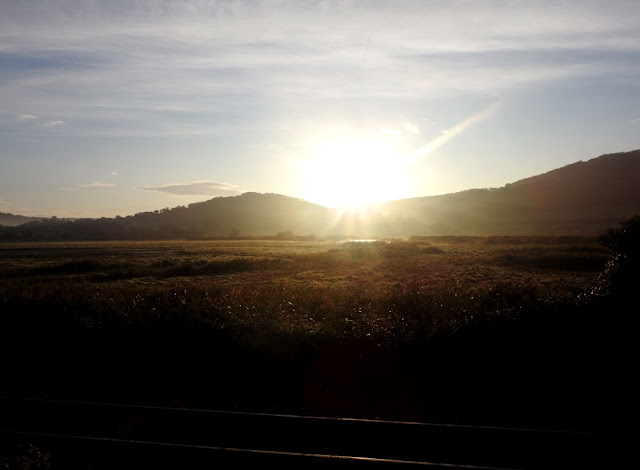