Wheatears and a Whinchat

Early morning yomps around the Marshes have been very quiet over the past couple of days, very quiet indeed. Both early wake ups have been somewhat saved by sea watches afterwards, although neither produced any year ticks.

1 Great Crested Grebe (flew in from miles out and landed on the sea - so should have been a Red-necked!)
1 Shelduck
4 Common Scoter (east)
4 Whimbrel
1 Knot

And an hour this morning gave (west unless stated);

3 Great Northern Diver (my first of the spring - one in summer plumage)
10 Common Scoter (east)
18 Sandwich Tern (including a lovely close fishing flock of 11)
1 Common Sandpiper
1 Kingfisher (flew west about 20m offshore - a weird sight!)
1 Wheatear (flew in off)

Portland have had a stormingly good day today for migrants, which you'd expect considering the cloudy weather and date. But most places here have been quiet, except for Colyford Common which was hopping with birds!  Thanks to a text from Dad I was pleased to enjoy our first Whinchat of the spring and 16 Wheatear mid afternoon...

The Wheatears showed such an amazing variety of plumages and sizes, in particular the males. There were small dark ones just like the birds we see in March, and other really pale and absolute monster Greenland fellas. Some of these have such restricted colour on their front that they almost look like Eastern Black-eared Wheatears. 'Wheatear of the day' for me was the bird in the bottom left of this pic... 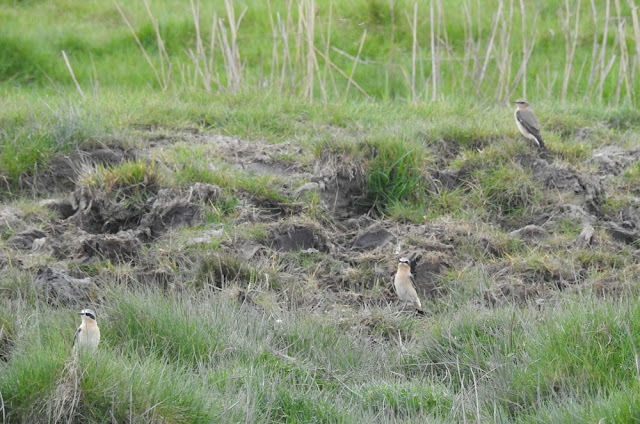 Some of the females were clearly Greenland-types too, as they looked large and leggy... 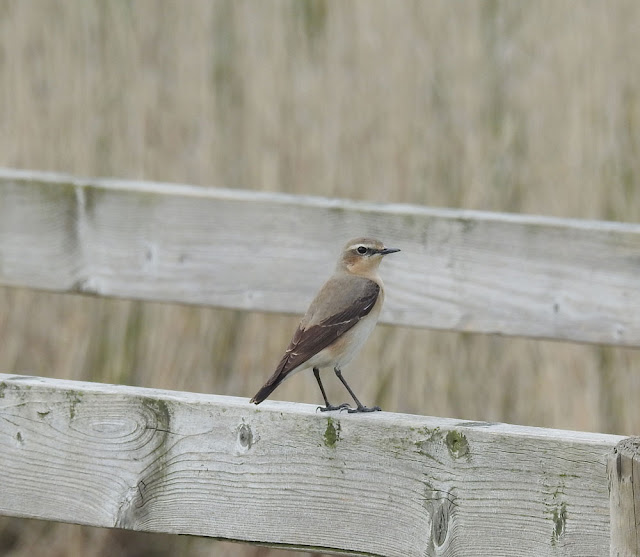 The few other interesting bits and bobs from today included a Green Sandpiper on a pool near Boshill Cross, four Whimbrel on Colyford Marsh and at least three new singing male Reed Warblers in. I did see/hear the odd Willow Warbler this afternoon, but nowhere near enough to claim a fall.  It was nice to finally see all seven Cattle Egrets together, on the Estuary early this morning... 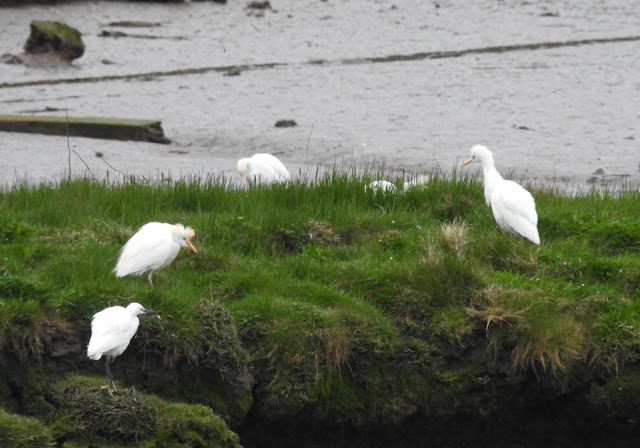