Although we have some cloud we need more!  My god you must all think I am just always moaning about the weather on this blog.... well I suppose I am. But a good spring on patch is completely dependent on the weather. A bit of rain would be ideal but I can't see that coming, so just some thick cloud would be nice...

Yesterday there was a bit of action, mostly Wheatear-action, and this was probably more to do with the cold NW wind than the bit of cloud. When there's a strong head wind migrants are far more likely to need to drop in for a refuel before heading on, than if there's little/no wind. I guess flying into the wind uses more energy?  It was really nice to see a load of Wheatears again because they've been scarce since my Wheatear binge on 24th March. There were at least 14 in the valley yesterday, with most (eight at least) at Colyford Common, one at Seaton Marshes and five in the ploughed field opposite Colyford WTW.

I did also manage to add Sedge Warbler to mine (and the Patch's) year list yesterday, not before time, with one singing on the Borrow Pit. Plus there was a Common Sand flying around here which would have been another new-in migrant.  The final spike of interest for me yesterday were two Goosanders on Black Hole Marsh at dusk, but not the two from the previous night as one of these was a fine adult drake.  This makes me think that the run of Goosander sightings over the last couple of days stem from the same four birds I had drift down the river late on the 27th March (a drake and three females).

This morning I was up and out early again, despite the lack of cloud, and again overall it was quiet but there were a few snippets of interest. Even if I see nothing though being out and about here is ALWAYS a pleasure, especially early in the day when there are few other people to ruin it about... 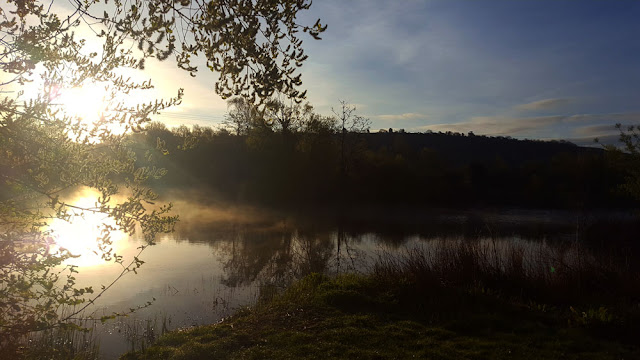 The Borrow Pit (pictured above) produced the singing Sedge Warbler again and the six Cattle Egrets having another lie in. A Willow Warbler singing here was one of five that I've seen/heard this morning, which is five more than I noted yesterday!

Black Hole Marsh gave a couple of surprises, with our first Green Sandpiper of the year dropping in calling at about 06:45... 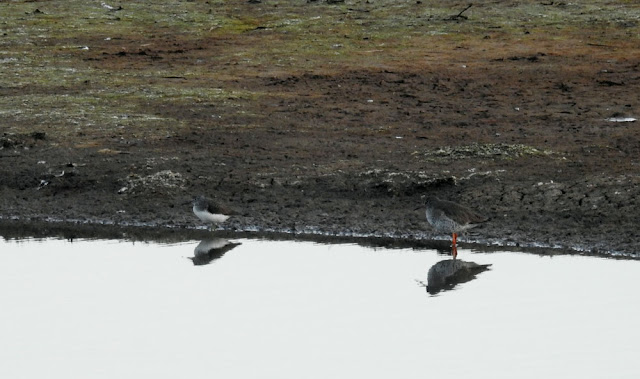 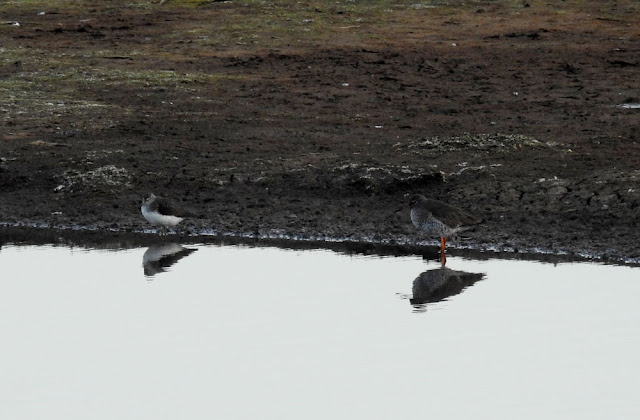 And from the Tower Hide my 11th patch Pintail of the year, which is tons by Axe standards! Ten of them have been drakes which is nice... 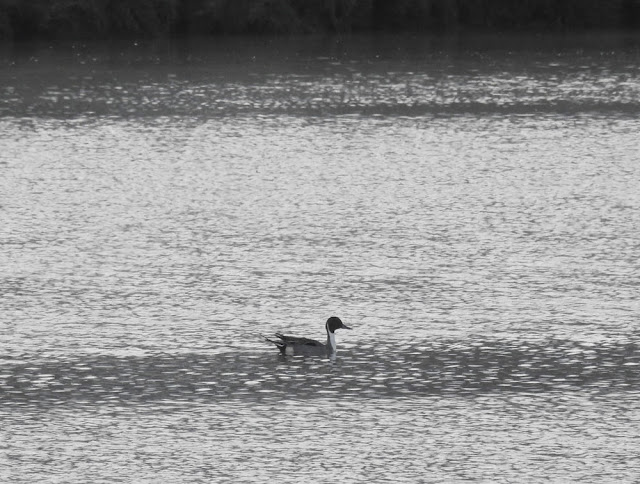 I ended my last post with Venus, so I will end this one with Jupiter which was showing just below the moon last night... 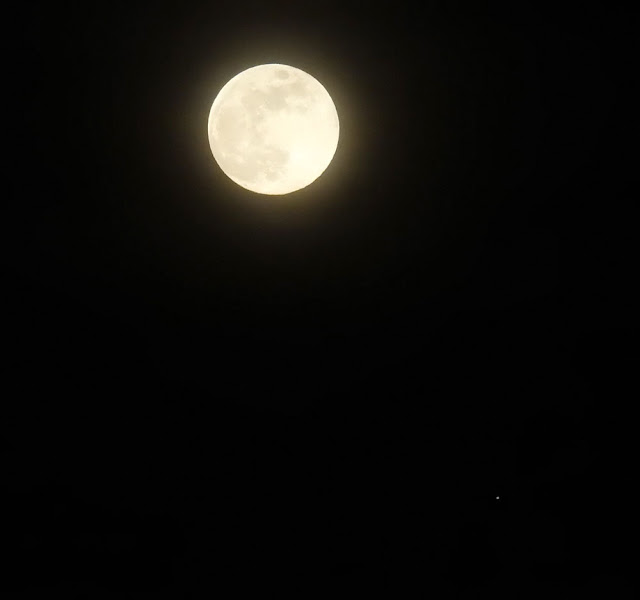 And here's basically the same pic just with a different shutter speed, as I wanted to try and capture some of the cloud... 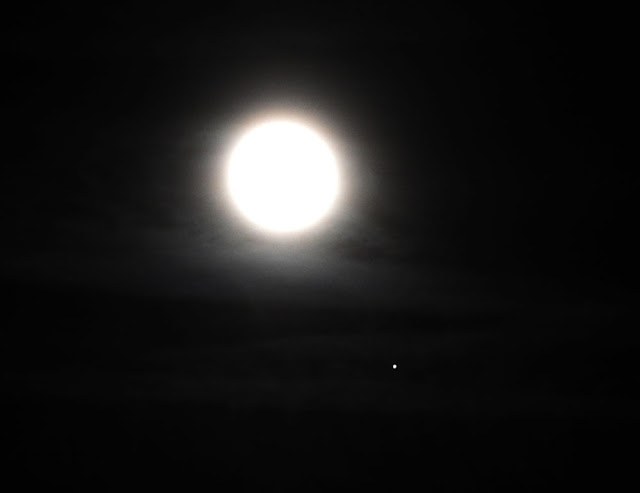 I struggled to get a good photo of Jupiter on its own, this is my best effort as you can see three of its largest moons... 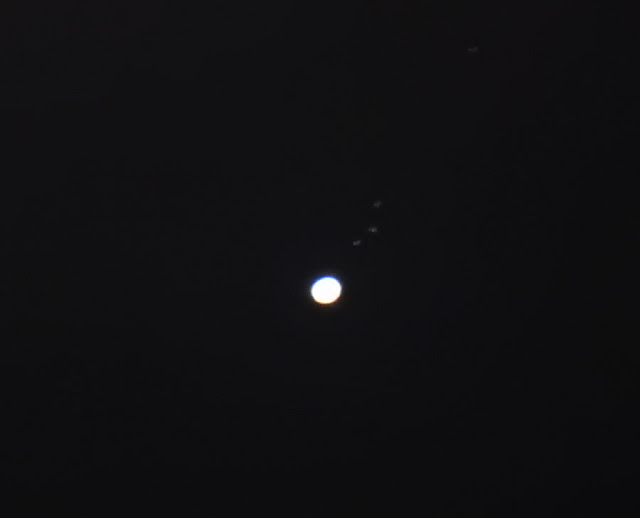 And roll on tomorrow. Spring is great as with each day comes a whole lot more potential...