A key component of a good Axe year list is plenty of good sea watching. And for good sea watching you need the right weather... this is something we've not had at all so far this spring!  In fact all year the sea has been poor, dire in the winter months for divers, grebes and ducks, and dire this spring for anything because the weather has been so far from right (we need Atlantic storms - there's been none!). It's 24th April and I haven't even seen a Manx Shearwater yet, in previous years by now flocks are streaming by during the evening.

Amazingly I have managed to see a skua though! On Saturday afternoon I noticed that although the sea was flat calm, there seemed to be quite a few Gannets and gulls feeding out there - which could only mean there must be some food.  So later that evening I went back expecting to see a few Manxies, but instead bagged a jammy Great Skua! My first skua of the year :-)

It flew west, and was the closest bird of them all, but it was unusually high up. The further west it flew the higher it went, and I lost it as it seemed to fly west over Beer Head.  It was so weird watching a skua off here in blue skies with no wind, but I have seen a few Arctic Skuas over the years behaving similarly in similar weather conditions. I once saw an adult dark phased Arctic fly straight in from miles out, gain height by soaring up a bit like a raptor, then fly in off over Seaton and away inland.

Other than this Bonxie, I've not seen too much since my last blog post, although haven't had that much time out really.  Many places have seen some wader passage over the past few days, but all I've noticed here is an increase in Whimbrel numbers... 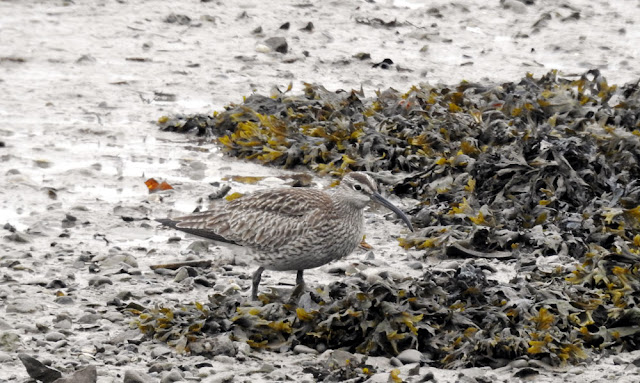 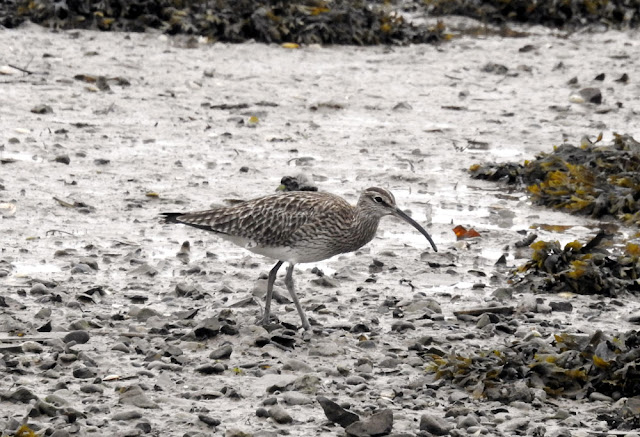 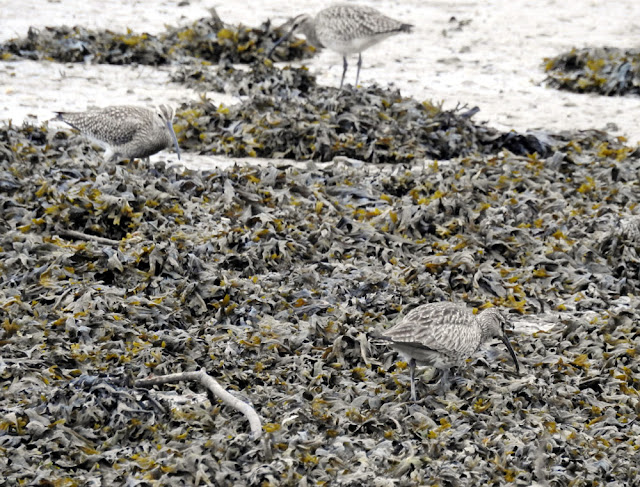