Last Wednesday was a day of large gull passage, and Sunday just gone was a day of small gull passage.  A walk along Seaton Beach that morning revealed almost constant flocks of Common and Black-headed Gulls flying west, with two adult Med Gulls in one of these flocks.  Later that day Ian Mc and Twilight Tim had superb numbers of small gulls on the Estuary, including impressive counts of 18+ Meds and 350+ Commons, but only modest numbers of large gulls.

Yesterday seemed to show fewer small gulls, but more big ones again.  Among them was this third-winter Yellow-legged Gull, which sadly remained distant but always looked nicely chunky and well built (unlike last weeks small second-winter). I really do apologise for these photos, not only was it distant but the light was dreadful too... 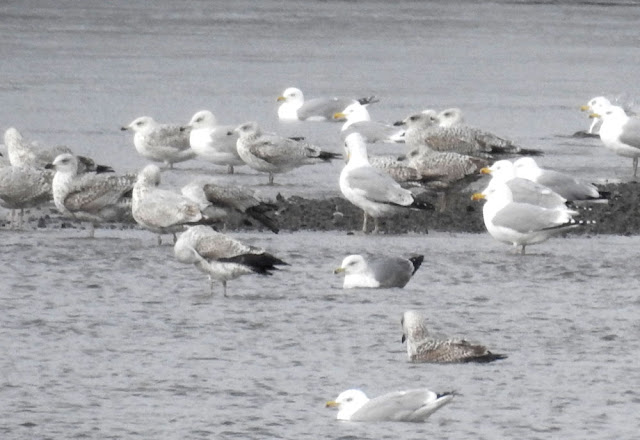 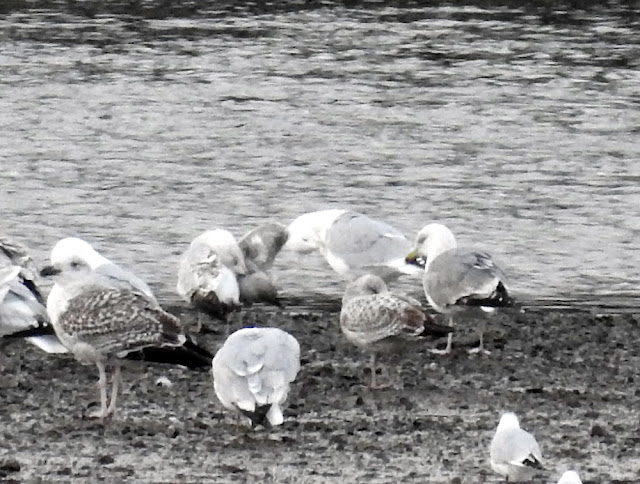 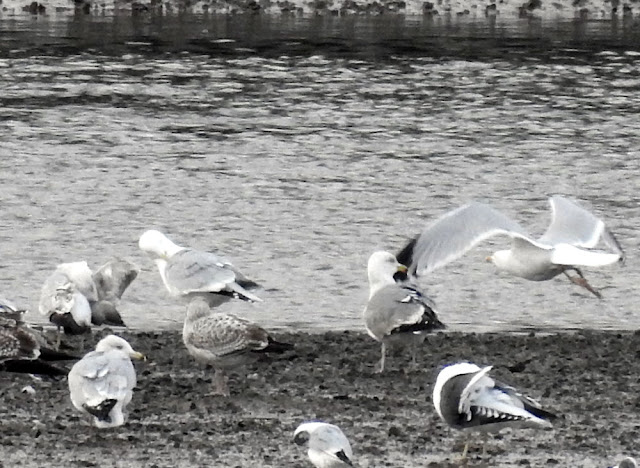 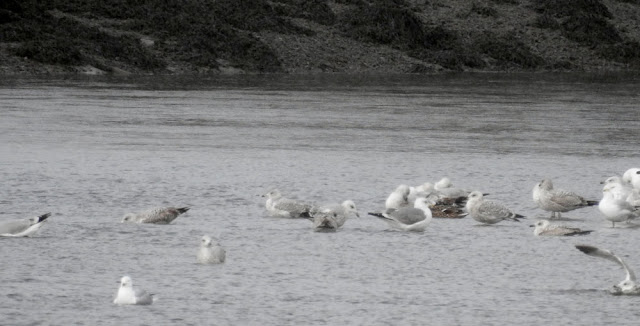 It only showed pale yellow legs, but due to its age this isn't a problem. Great to see this bird after last weeks second-winter, as these two ages are the least frequently seen ages of Yellow-legged Gull on the Axe.

The south westerly wind yesterday kept me at the Spot On Kiosk for a good hour earlier in the day.  Gannets and Kittiwakes were constantly trickling through, along with a few auks, but the only other bits and pieces included two lone Common Scoter and a Red-throated Diver.  Today there were still at least four Cattle Egret at Colcombe Farm, Colyton. All the egrets were well spread out so the fifth could still be present.