Having missed the first showing from the Humpback Whale off Slapton last weekend, I thought it was worth a gamble this weekend.  I say gamble because it has become far more sporadic in its appearances, although I had noticed late afternoon seems to be the time. Presumably this is because shoals of fish often come closer to shore in the evening?

We got down to Slapton at about 15:00. No sign of the whale but there was clearly still lots of food about as there were numerous Habour Porpoise offshore, and plenty of Gannets close in too.

At about 16:20 from the Memorial car park I saw a distant blow followed by a brief dark shape. And that was the start of it. This absolutely stunning animal swam in (at quite a speed) before seeming to settle just south of Strete Gate where it happily fed not that far out at all. Far far closer than you'd ever imagine seeing a whale from land that's for sure! What an incredible experience. The shear size of the beast really is breathtaking, as is the height the blows reach.  Wow.

I could have got far better photos, and many would have done, but I just wanted to watch it to be honest. Such a treat... 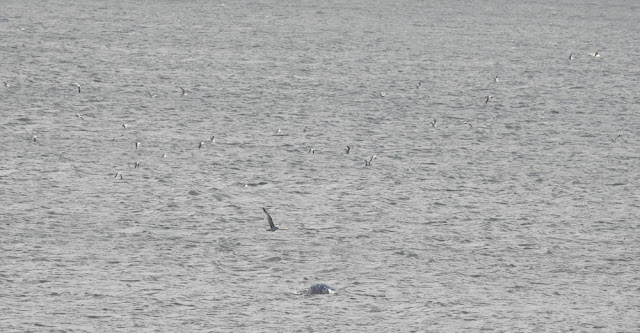 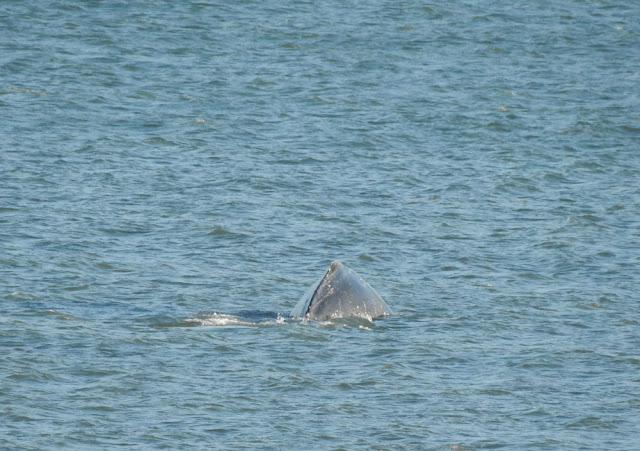 One of the best things about this unprecedented event, apart from the animal itself, is the atmosphere it is bringing to the place. Cheers and claps when it surfaced, numerous audible 'wows!' and kids running up the beach ahead of their parents hoping to get closer views.  Fantastic. 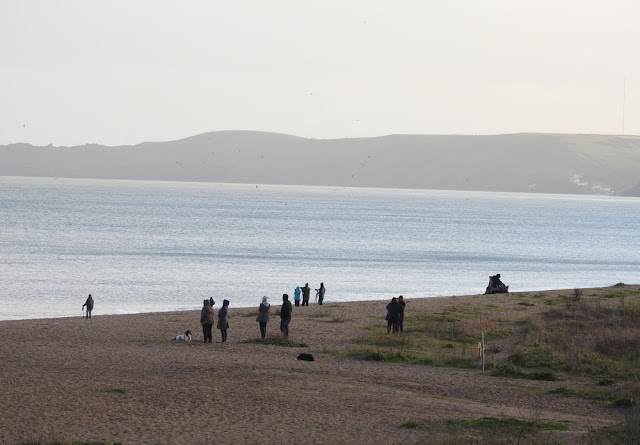