I spent a lot of time checking the three large gatherings of gulls in the valley this afternoon, despite the wind and sometimes very heavy rain.  With each scope scan I felt a nice white-winger or crisp first-winter Caspian Gull was next up, it looked so perfect... but just wasn't to be.  In a way this was similar to last Friday, the large numbers of Black-headed and Common Gulls feeding close in over rough seas looked a perfect place for a Little Gull to be. James Mc had two off Lyme Regis but Seaton clearly didn't take their fancy.

I had to do my monthly woodland bird survey this morning, in private woodland near Colyton. This sadly is well outside from my Patchwork Challenge patch, I say sadly because I saw so much! 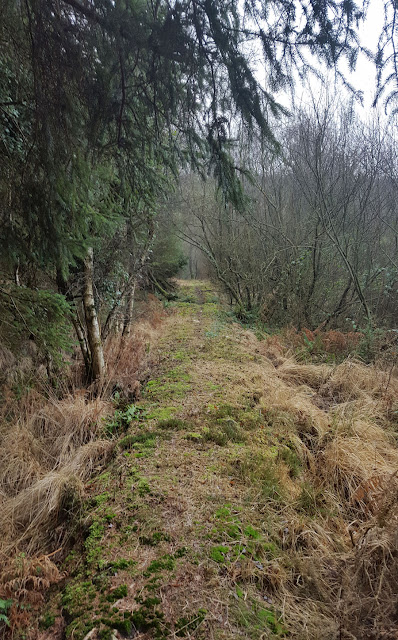 The three Woodcock were expected - in fact this is well below the usual wintering numbers here, but the Crossbill, Lesser Redpoll and even the eight Siskin were something of a surprise. It's been such a poor winter for most of the finch species down in the valley that I wasn't expecting any of these.  Superb.

Being in Colyton I thought I'd have a look at the four Cattle Egrets at Colcombe... and there were five!  I did think I had five last week come out of roost so maybe not a new arrival, just one that's relocated to Colcombe?

If you want to see these Cattle Egrets you have to chose where to view them from dependent on where the cattle, and birds are. Sometimes they show well from Station Road/Rosemary Lane, but more often than not Yardbury Hill Road/Lions Close Hill is a good option. They are more distant from here but you can look over the whole field.  Please remember though that the road that leads to Colcombe Farm (Colcombe Road) is a private road and however tempting you shouldn't be viewing from here.