Well let's get the painful bit out the way first.

Just before 13:00 last Friday I glanced at Birdguides and saw a truly shocking message about a Great-spotted Cuckoo at Branscombe! WTF!!!!!  Almost at the same time, a tweet came through from Josh at Birdguides saying roughly the same thing. I immediately texted the news out to all, put my dinner in a picnic box, and headed straight over to Branscombe.

I had an hour before having to get back for work, Ian M and Bun were soon there too, and we spent this time checking the slopes. No sign. I was pretty sure it was just a fly-through.

Six minutes before I started work at 3pm, a phone call from Bun who was walking back over Beer Head... "I've got it". The rest is history.  I do have a slight hope that it is still about, its been thick fog up Beer Head since. As soon as the weather clears I'll be out looking I can promise you.

Despite how badly this episode went for me, I would like to thank so many people for trying to help me get to this patch mega. Bun was a total legend, staying with the Cuckoo for hours and hours. And to Mark and Kev for giving me updates as to what it was doing, especially towards the end of the day, and James M for virtually planning my route there. Many thanks all, your efforts may not have got me to see the bird (yet!), but they meant an awful lot.

Friday actually started off exceptionally for me, ironically up Beer Head, with my mist nets.  There were no new migrants about, just singles of singing Chiffchaff and Blackcap that had been there a while. Ian M was up there too, and also saw no migrants.

I had caught a few Linnets, Greenfinches and Dunnocks. And then out of nowhere, a stunning female Firecrest!! 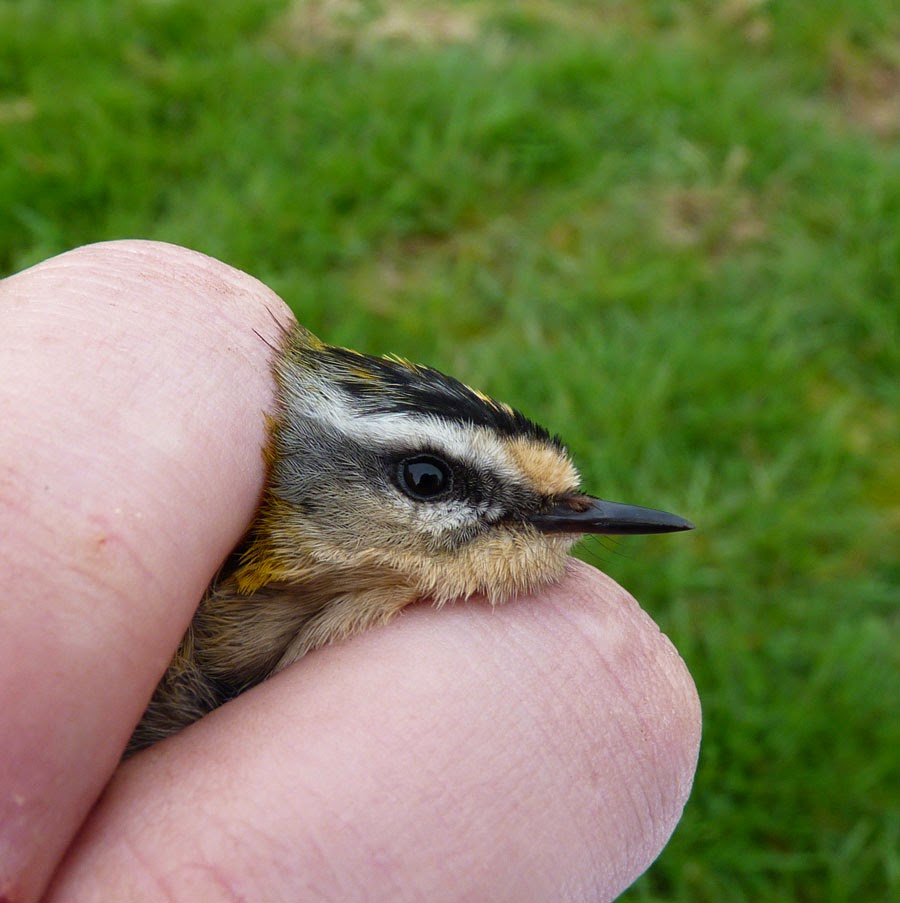 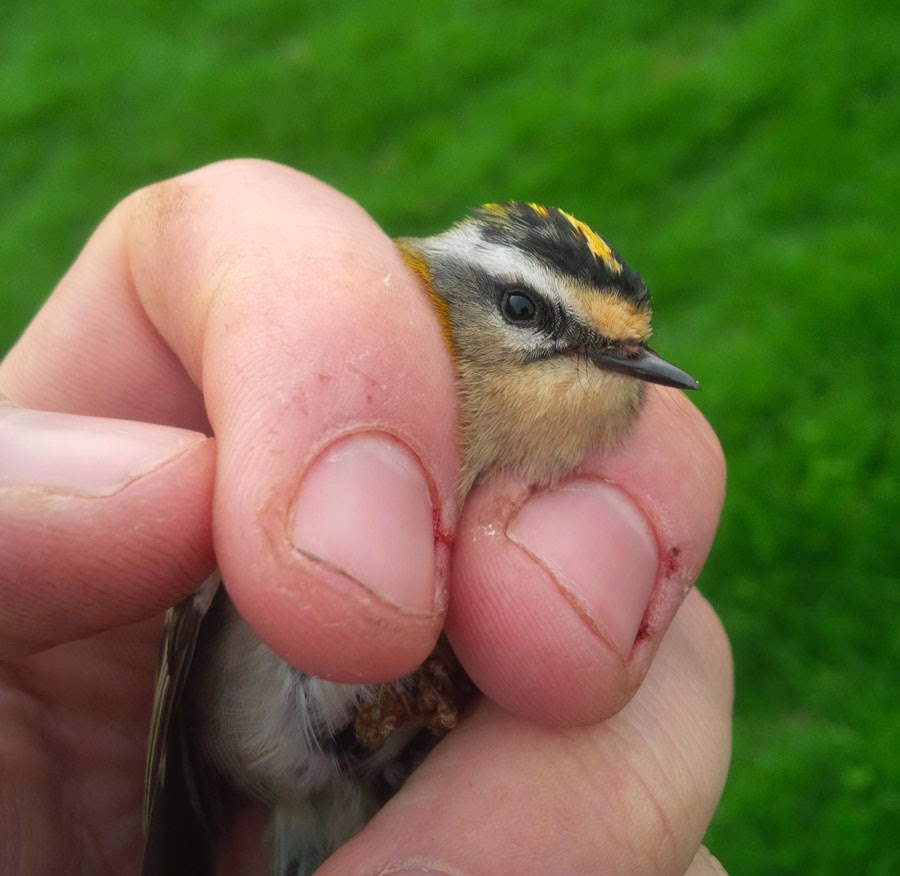 
So already, only on my second session, mist netting on Beer Head is showing birds that we hadn't seen in the field. What a delicate beaut she was too, weighing only 5.4 grams. Half an hour later I caught the lingering singing Chiffchaff, which was three grams heavier!

I am so excited about the bird ringing potential up here. And I can't believe it has already given me the opportunity to handle and ring my favourite bird.

In non-ringing news, I have still not seen a Wheatear. I have seen Sandwich Tern now though, with two off the sea front on Thursday evening.
Posted by Steve Waite at 20:45