After the female Blackcap pictured in my last blog post, although I've seen the odd one in the garden, I have caught no more - I presumed that's because they had all cottoned on to where the net is, because they've all been in it!
But this morning I noticed an unringed female feeding on some rotton apples, so early afternoon I put the 10 foot net up again. I checked in ten minutes later, and was amazed to see not one, not two, but THREE unringed Blackcaps in it! That's seven in less than a week!

These were all this year's birds (3's), a female and these two males... 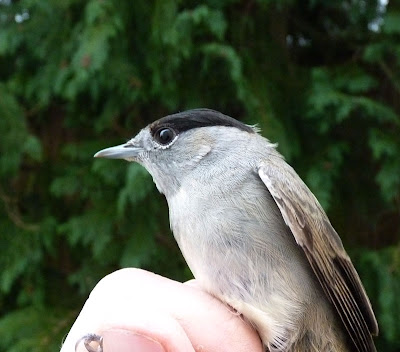 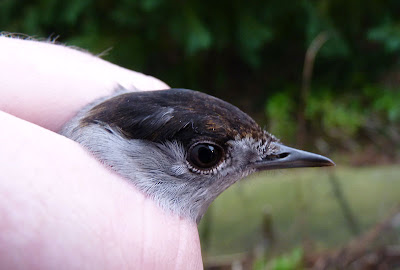 I wonder how many I'm going to catch during the rest of this winter?
I have been out birding quite a bit over the last two days too, but have seen very little really. There's been lots of gulls on the Estuary, but nothing but Meds and the usual species amongst them.
Posted by Steve Waite at 15:41