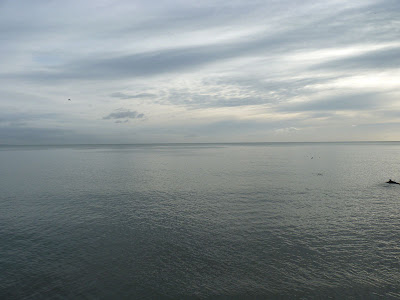 Nice and flat - although it was lumpier off Branscombe
..I gave it a good looking at.

The Scoters were to the west of Branscombe, off Weston, and could only be seen in flight. So, I know where I am going in the morning....

I also had a look off Beer Beach later on this afternoon, to see if the Caspian Gull was here. It wasn't, but this was.... 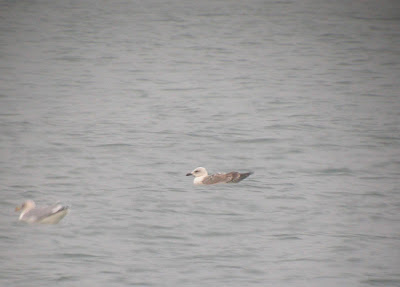 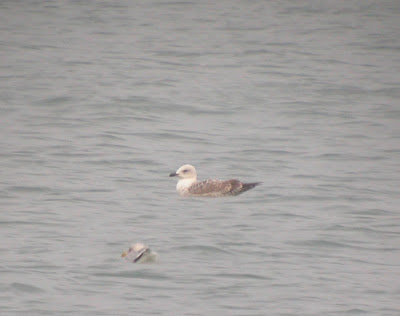 One obvious beast
This striking bird I'm sure has to be a first-winter Yellow-legged. When I first clapped eyes on it with my bins I thought it was going to turn out to be the Caspian, it really did look that striking!

I have also had a few looks up the valley today, the latter alongside Brett and Fred from the east. There's still at least three Barwits on the river, and it's nice to finally see some male Shoveler this winter, with this pair on the Estuary and another male at Lower Bruckland Ponds... 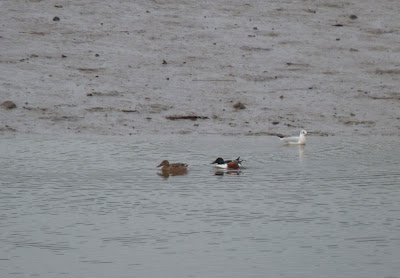