Better Than The Average Reed Warbler

I was too knakered to run the moth trap(s) last night despite the almost ideal conditions, but I had one out on Saturday night.

I caught 64 moths of 20 species. One of these was a new for the garden, and when I first spotted it resting around the entrance of the trap I nearly did a somersault (by nearly I mean if I could do somersaults I would have done one!) 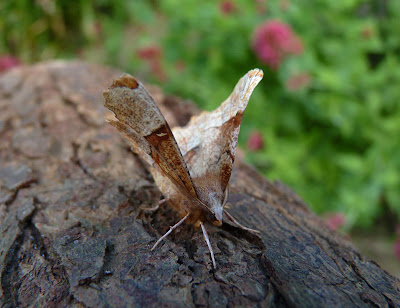 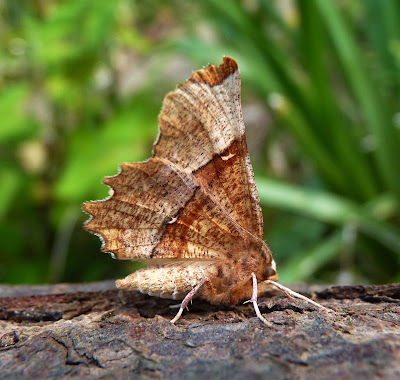 Lunar Thorn!
Ok so it isn't all that pretty, and it isn't rare (though there aren't that many recorded in Devon annually). So why was I so chuffed? Well last year, every Thorn I caught I checked carefully, but despite loads of Early and a few Purple, not one Lunar! Happy Steve :-)

The Straw Dot is in red as it was my first of the year...but why is Clouded Silver in blue!?!?! Well if you look back to HERE you will see the first time I caught this species (a couple of days ago) the blighter flew off before I got a snap of it. This is the first time in almost a year of mothing a first for the garden has got away before I've got a photo of it...who had the last laugh though.... 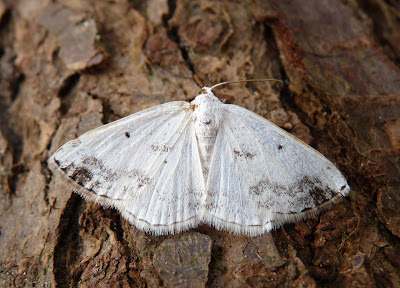 Hehehehe! Clouded Silver :-)
As I said I didn't have any traps out last night, but I still managed to get a first for the garden! Mum and Dad potted up a moth they had flying around in their bedroom during the night. So when I came down stairs at half six this morning, this was waiting on the kitchen table for me... 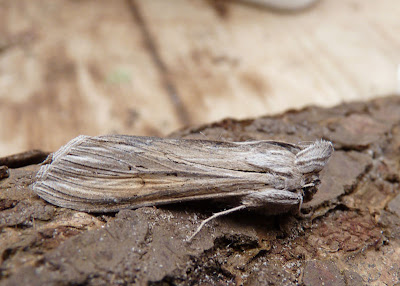 Certainly the only Shark I want to see on the kitchen table!!!
Before the rain came in, the AERG were ringing on Colyford Common this morning. It was another brilliant session, with plenty of recently fledged young birds flying into our mist nets!

Out of the 46 birds caught, this was most certainly the best... 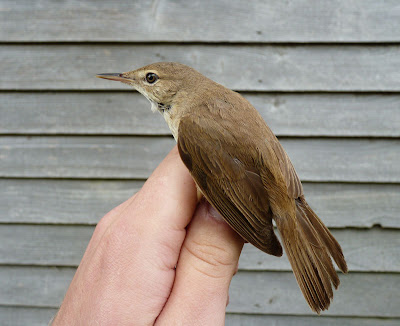 Yes it is a Reed Warbler!
But this Reed Warbler, like THIS Sedge Warbler that we caught earlier in the year, had a French ring on it! If this wasn't enough, another Reed Warbler that we caught this morning was wearing a BTO ring we didn't put on it. Controls, recaptures and recoveries is what ringing is all about. So it is soooo exciting to actually be catching other peoples birds! Great stuff :-)
Posted by Steve Waite at 15:19