Crank the sound right up for this video folks...

Beer Head first thing yesterday with Bun was RUBBISH! One Willow Warbler (a 100% pure one!) was the best! Then a look along the Estuary offered me eight Whimbrel roosting on the saltmarsh at high tide, and the best Seaton Marshes gave (bird-wise) was a Yellow Wag north over.

I said bird-wise in the last paragraph, as yesterday at Seaton Marshes I got to see my first local Water Voles! Looking along the ditch from the parking area, two suddenly appeared. One swam across right to the left, whilst just behind it another gnawed down a reed stem (under water) before dragging it across left to right. Fantastic...even if they are a bit plastic!

Also watched an Otter yesterday, feeding off Coronation Corner as the tide was dropping mid morning. I had the biggest catch of the year in the moth trap on Wednesday night. 21 moths of 7 species. The only new for the garden was this.... 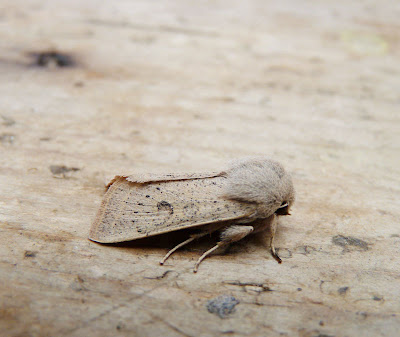 
With a supporting cast of: 7 Common Quaker, 5 Early Grey, 4 Hebrew Character, 2 Clouded Drab, 1 Early Thorn and 1 Double-striped Pug. There was also this little fella on the wall by the trap, he was teeny.... 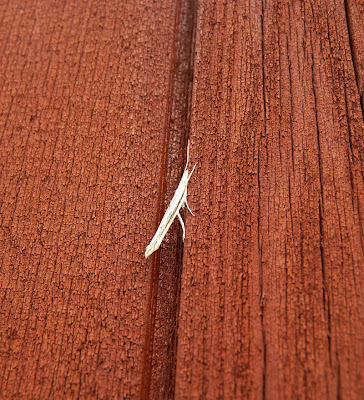 But what is he?? Help!!!
If this morning had gone to plan then I would have seen lots of birdies, as there are loads of migrants filtering through today. But it hasn't....and I haven't! A couple of Wheatears, eight White Wagtails, two Whimbrel and that's it. There's loads about and I really wish I could get out there, but I can't as I'm going away for a few days tomorrow and really need to get myself sorted!!

I shall finish my last post for a few days with a couple of firsts for the year that I did get this morning, some butterflies... 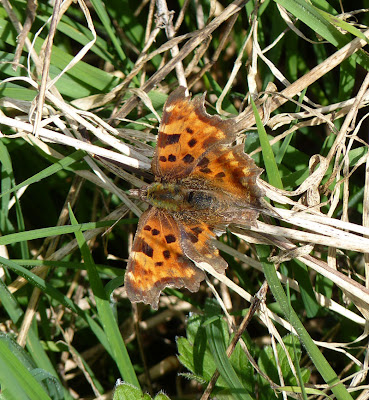 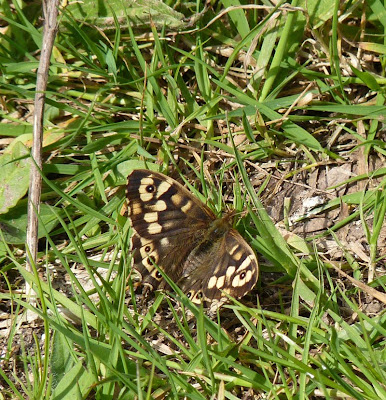 LAST MINUTE UPDATE: I couldn't take it anymore!! Another trip out resulted in my first Redstart of the year, a CRACKING male (thanks Bun and Karen), and at least 12 more Wheatear.
Posted by Steve Waite at 11:20