Wow - the weather is doing INCREDIBLE things! This is better than autumn, though I do feel so sorry for the birds, they have no chance. Please KEEP KEEP KEEP chucking apples, bread, whatever on your lawn, and keep de-frosting those bird baths and garden ponds!

Nearly all day Fieldfares, Redwings, Skylarks and Lapwings have been flying west over patch, several thousand of each easily would have passed over the patch today....probably tens of thousands. Truly remarkable stuff!

I'll split this post into two; Garden Birding and Out And About. There's LOTS of photos!!

Garden Birding
What a day for the garden! This is our front garden... 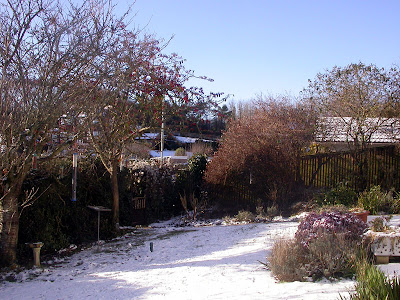 Admittedly looking a bit whiter than usual!
As well as some cracking birds in the garden today, the sheer numbers of birds has AMAZED me, especially Fieldfares! At one time over a hundred were on the lawn and in the trees, and there has been a constant turn-over of them too so we've probably had nearer 300 in the garden throughout the day! There were much fewer Redwing, probably only c20 all day and just the one Song Thrush. Here's a few Fieldfare pics... 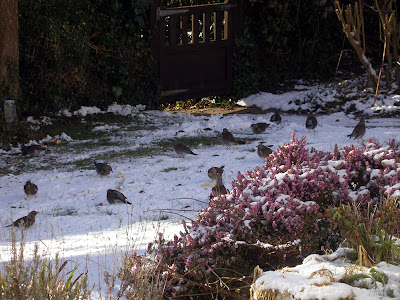 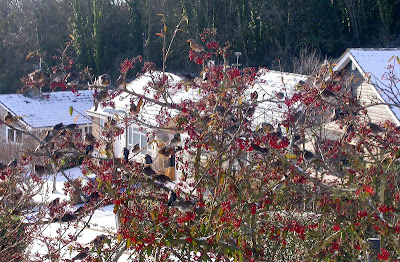 They loved the berries! 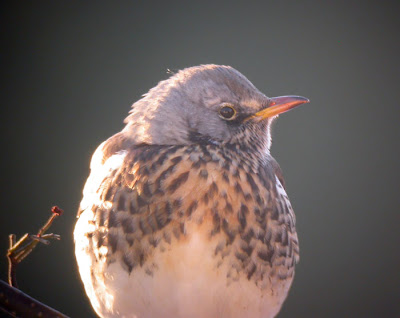 One a little closer! 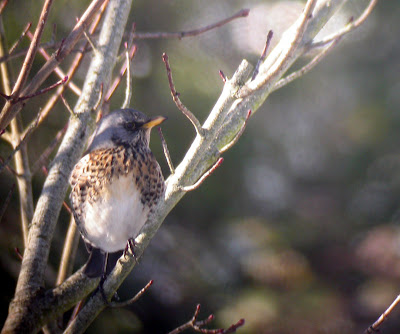 Aren't they such stunning beasts! 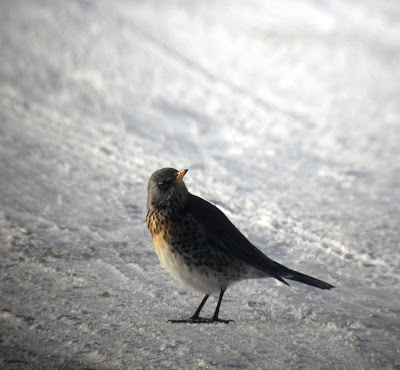 This one was in the middle of Durley Road!
And finally, a little video....

So, what else has the garden given today? How about this corker... 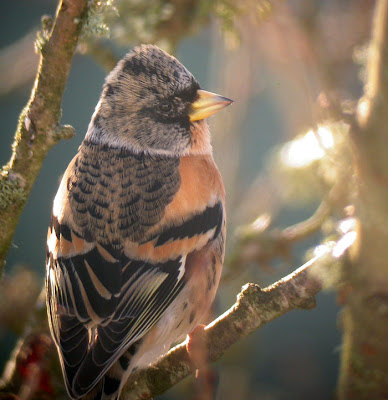 A male Brambling, present all morning 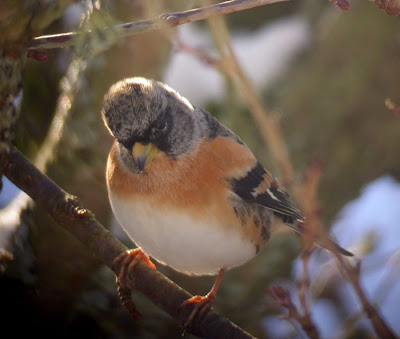 Wow!
A new for the garden (settled anyway, I've had hundreds fly over) was a Meadow Pipit. It was running about on our patio pecking away at the base of the house, weird.....very weird! It just shows what this weather does to birds, and how it changes their behaviour. Two female Bullfinches and a female Blackcap finishes off this section of today's post.

Out And About
Durley Road was still too icy this morning to get my car out, so mid morning I went for a walk down to the seafront. Here I bumped into Ian Mc. Offshore there were several Great Crested Grebes, two Red-throated Divers, two Eiders and a Velvet Scoter, but sadly no Smew! Behind us, two female-type Black Redstarts were feeding along the West Walk with a female Stonechat. Wandering back home, large flocks of Fieldfares and fewer Redwings were in several gardens, we kept looking for that Black-throated Thrush but no luck!

At 14:00 I took the plunge and got the car out. After a bit of skidding and sliding I got myself to the Estuary, and there was plenty to see! It was from Coronation Corner that the main prize was awaiting me, though it was VERY hard to photograph. 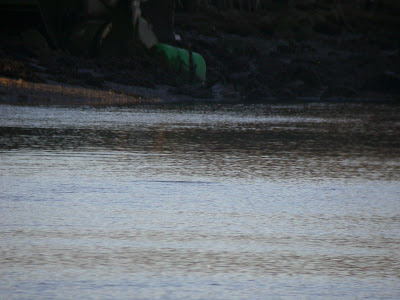 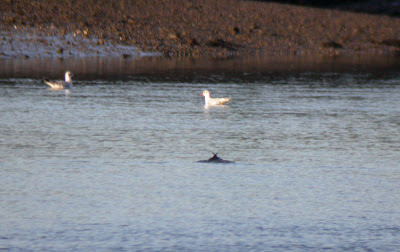 Its bum!
But one or two looked like this.... 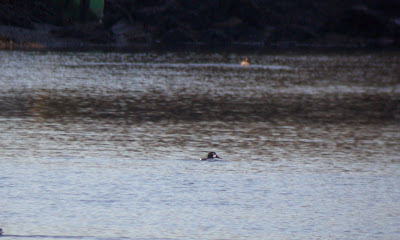 A distant, but STUNNING drake Goldeneye
Other wildfowl included a female Tufted Duck (which SHOULD have been a Scaup!) and at least twelve Gadwall dotted about. The Bewick's and Whooper Swan were still in the valley, the former landing on the river late on. You know it's cold when you see these on the Estuary... 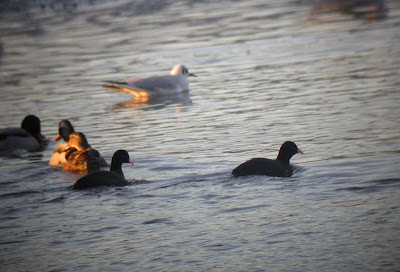 Coot!!
A nice quartet on Colyford Marsh were four male Ruff, presumably three of these were the ones seen by Ian Mc a short while earlier on Colyford Common. There were loads of thrushes and Skylarks in all the fields in the valley too....I couldn't even begin to estimate the numbers of these species on patch today!

On arrival home, I heard about a gripping patch mega seen by a local at 16:20. A Bittern was watched in flight from Blackhole Marsh and landed in a nearby field. Hopefully a dawn raid will do the trick tomorrow.... wish us luck!
Posted by Steve Waite at 17:18