Got up ay a really stupid time this morning! Bun and Karen got up too, and we headed to Salisbury Plain.

It was brilliant, and made all that much more exciting having to dodge tanks and various other vehicles owned by the British Army! The best were three Stone Curlews, a distant single and a much closer pair. You should just about to be able to make one out in this photo... 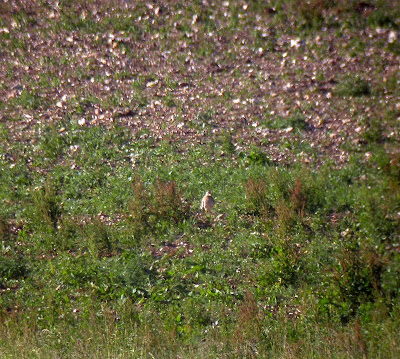 My first since the Seaton Marshes bird
Also stacks of Corn Buntings about, almost one on every other bush along some sections of road... 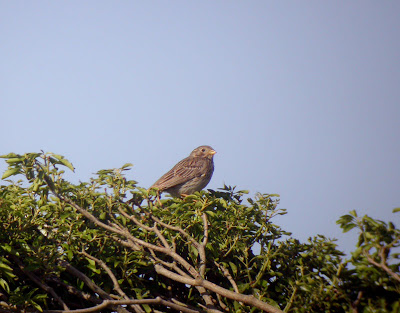 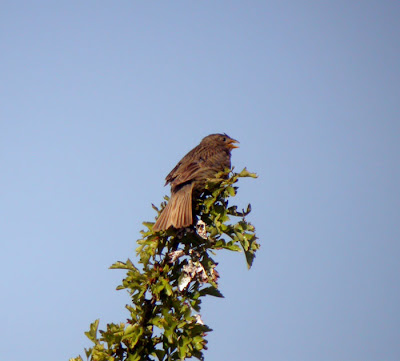 And here's another!
I really REALLY like Corn Buntings, as Bun and Karen should know by now, but I don't know why!? Just why do I like them so much? Any other Corn Bunting fans out there?

We later saw another CB near Dorchester on a road side telephone wire, in exactly the same place that I saw one during my drive back from the Isle of Wight a couple of weeks ago!

Heading home we stopped off at Martin Down. Bird highlights included a Cuckoo, a very brief Turtle Dove and several Lesser Whitethroats. At least six Dark Green Fritillaries, a couple of Adonis Blues, two Marbled Whites, a Brimstone and plenty of Ringlets and Small Heaths were the butterfly highlights. Here's a couple of 'team photos', here's Bun wandering over... 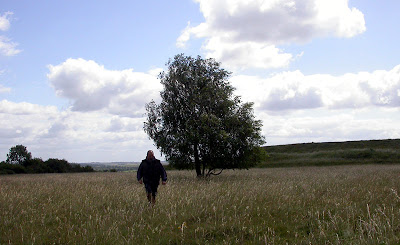 A man on a mission!
And here's Karen, trying to snap an Adonis Blue... 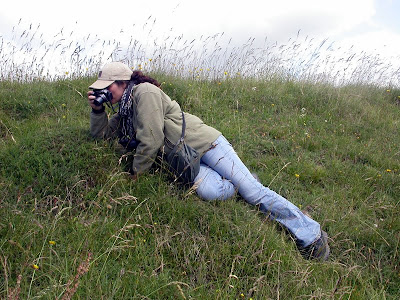