For the last 28 or so hours here in East Devon/West Dorset we've been on the look out for one of the roaming satellite tagged White-tailed Eagles from the Isle of Wight.  It was seen flying west over Weymouth at 3pmish yesterday, and then we had news its satellite pinged at Bridport a short while later.  Vigils yesterday late afternoon/evening proved unsuccessful, and annoyingly this morning news came through it was now to the west of us - somewhere between the Exe and Otter Estuaries! Drat.

I have taken a screenshot of the relevant part of the map showing its route, from the blog post here; http://www.roydennis.org/2020/04/16/eagle-wanderlust/ 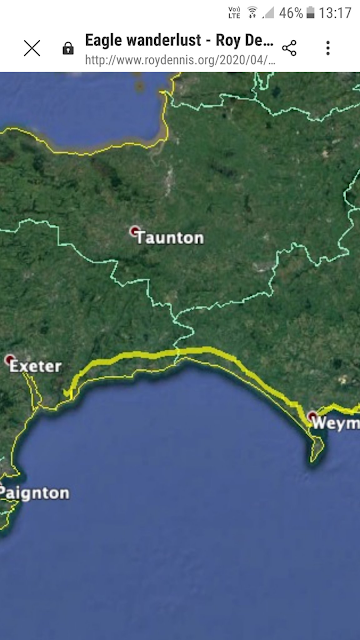 I was waiting at Seaton from 4pm but didn't see it, and it seems as though it flew through our patch just south of Colyton. This is a route often favoured by westward flying coasting raptors, probably due to the lie of the land around Lyme Regis which seems to encourage birds to take a more inland route.  I blame this for missing a patch Black Kite many years ago, with one seen flying along the coast towards Lyme Regis but the group of us gathered on Seaton Marshes dipped.

Am waiting to hear what it's been up to today, but it would be nice to see it that's for sure so hopefully it will head back east soon.

Sky watching today did reward me in another way however, as finally, after seeing two patch Ospreys this spring, and missing four others whilst in the house, it's a species now on my lockdown house list. I had to run though, as I was on the nearby green when I picked it up at 13:45 cruising low north over my housing estate.  I had to abandon playing football with Jess and Harry and run back to the house, gladly the recent increase in consumption of cake and chocolate didn't slow me down too much, and I made it to our front steps whilst it was still in view.

The only other additions to the lockdown house list over the last few days have been Goldcrest and Mistle Thrush (now seen one a day for the last three days!) making it 69.  Hopefully the arrival of some unsettled weather will add a few more migrants species to the list.

Although I have already seen several Red Kites from the house this year, I can't not mention the seven that flew west on 11th April, including this group of four... 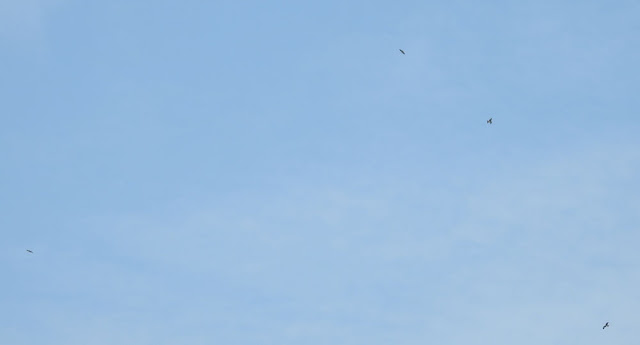 And to end this post, the slightly unusual sight of a Grey Heron perched on a house roof at dawn about a week ago.  Photo taken from our back garden... 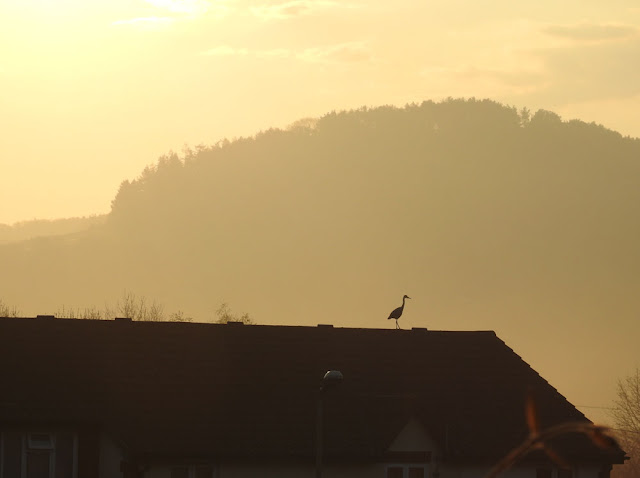 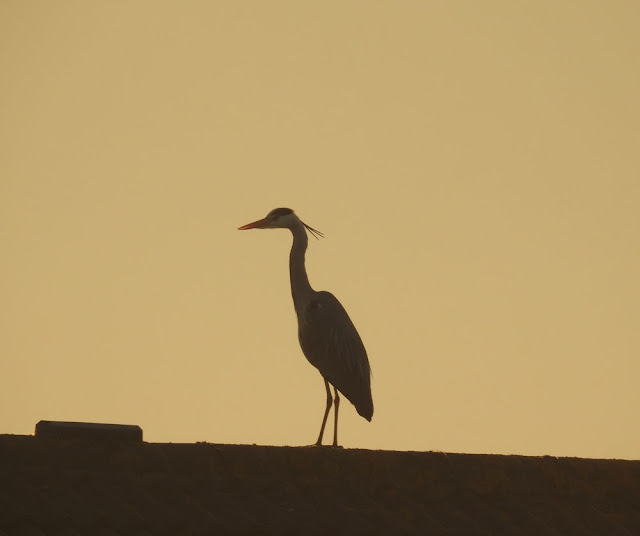 Stay safe everyone...  and look out for an Eagle!
Posted by Steve Waite at 21:09