Both Cattle Egrets are still here today. This morning they were probably no more than about 20 feet from the Tower Hide, but would have been completely invisible from there. I was watching from Axmouth and they were tucked right under the river bank with seven Little Egrets.

Enjoyed a lovely hour out late this afternoon down Black Hole Marsh with Harry, in gorgeous weather.  Managed to bag two autumn firsts during the wander, a Marsh Harrier and a Yellow Wagtail.  A fidgety Harry ensured I left the Tower Hide bang on cue to see all the loafing gulls flush up and a juv Marsh Harrier float around in the air above. I didn't see it close up and had to keep moving, but still it was good to see (our second of the year)... 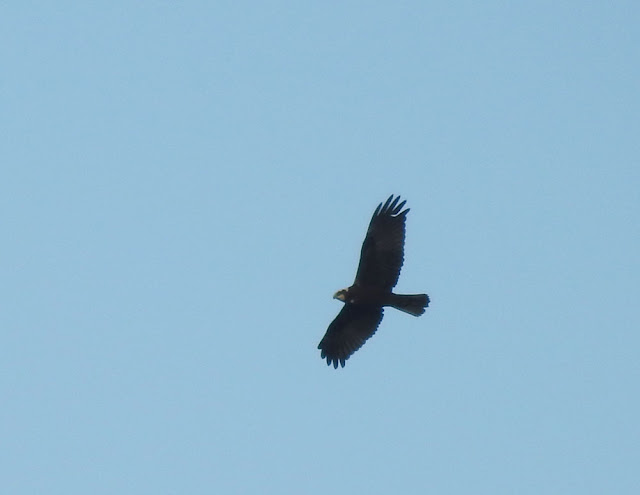 The Yellow Wagtail was far less exciting. It flew over east calling.

The wader situation looked much the same on Black Hole itself, just a few more Dunlin (36+) and now nine Ringed Plover. Numbers will probably keep rising now as we move into August - the peak month for autumn wader passage on the Axe.