It was always matter of 'when' and not 'if' we will see some Cattle Egrets on the Axe this autumn, but nevertheless two on Black Hole Marsh this morning were a welcome addition to the site fauna. It was refreshing to finally see something a bit different here to be honest as everything so far has been rather run of the mill.

At first they were sat on posts in the middle of the Marsh, but then flew to the posts and trees in the corner near the Tower Hide where most the Little Egrets and Black-headed Gulls congregate in the early mornings... 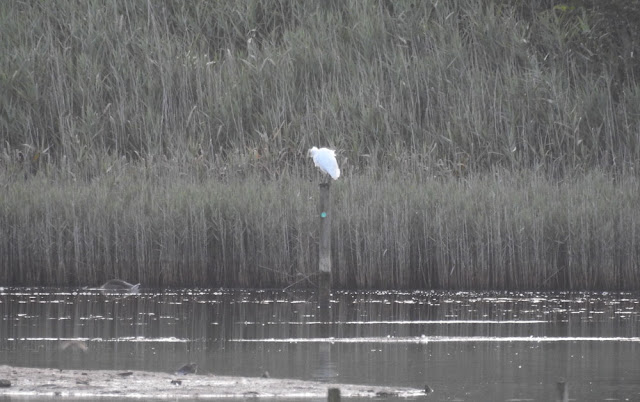 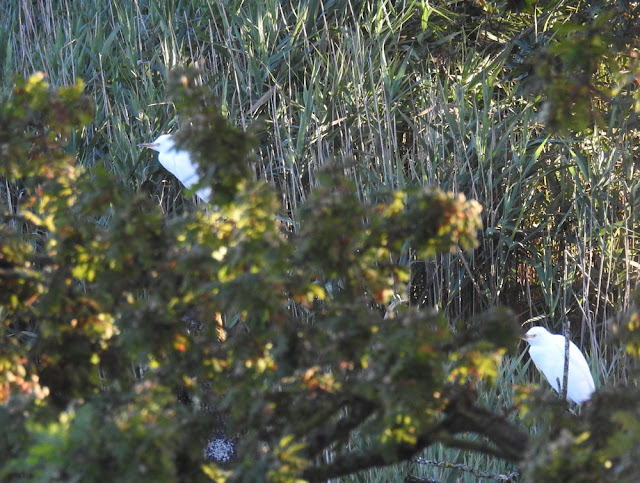 As you may be able to tell from the lower shot of my two shoddy attempts, they are juvenile birds. I would dearly love to know where they were born, but surely it has to be either Somerset, Devon or Dorset?  Phil was also in the Tower Hide and managed a much better pic of one of them, take a look at his twitter (@philabbott60). They flew off north not long after we took these pics, but they were back about an hour later and Tim Wright has seen them again late this afternoon, so they've clearly been around all day.

In the bushes a few more juv Willow Warblers were noticeable, and there seemed to be more Sedge and Reed Warbler activity than of late.  It was nice being underneath a large feeding flock of mostly House and Sand Martins whilst I was there, 200 birds present at least.


I found out via Twitter this afternoon that yesterday's Turnstone is still with us as well, lingering at the lower end of the Estuary by the Tram Sheds.

So Cattle Egret overtakes Yellow-legged Gull as my best find whilst holding the baby. I wonder what will be top of that list by the end of the autumn?