Mid afternoon today I headed down to the Axe alongside the A3052 to look for my first White-legged Damselflies of the year, but in the end I spent way more time looking up than down!

Literally as soon as I parked up I had two single Red Kites in quick succession quite a distance to the north over Musbury, one moved off north west and the other straight west towards Colyford. Then about ten minutes later I had a lovely group of three fly low south west over my head, with another three about four minutes later on exactly the same flight path.  That's eight Red Kites within twenty minutes. Amazing! 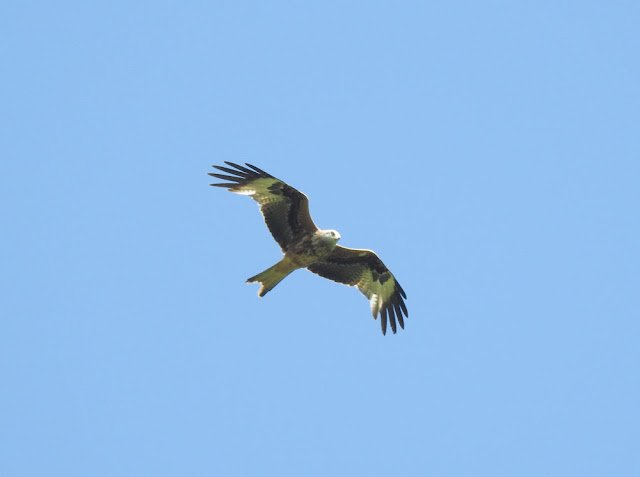 Just before the last three went over my phone died, so I whizzed back home to give it a charge (just in case one of the Dutch Griffon Vultures decided to drift over my head) . I headed back out at 16:50 and spent about forty minutes stood on the stile opposite Colyford WTW. On my first 360 scan after arriving here there were seven Red Kites in view! Five west of Cownhayne Lane and two east of Cownhayne Lane. They all moved off west/south west, and I know these were all different from my earlier eight as Mr White had seen about seven over Lower Bruckland Ponds in between. All then went quiet for half an hour, but at 17:20 I picked up three more Red Kites circling over Colyton before moving off west, these must have arrived more from the north unlike all the previous birds that had flown in from Musbury Castle. 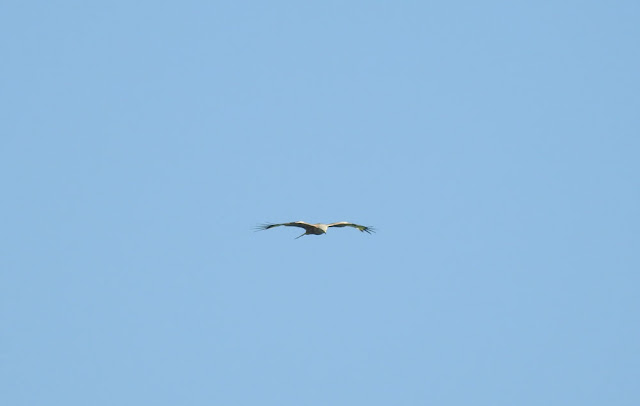 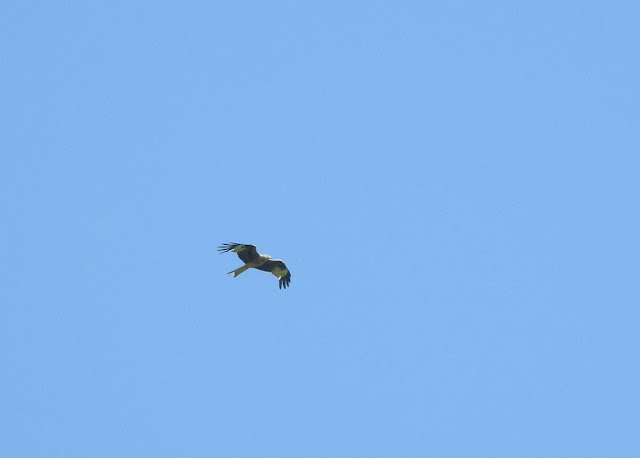 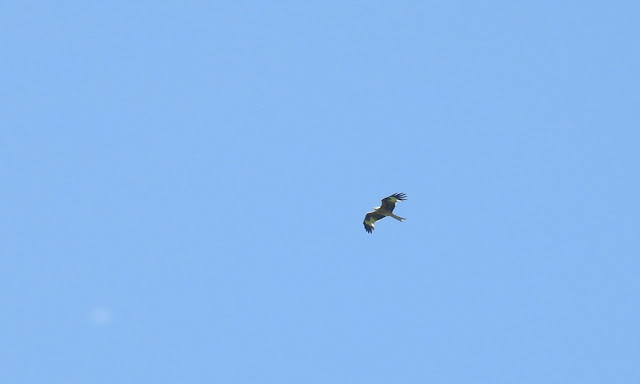 So that's a staggering total of (at least) 18 Red Kite west over the patch 15:25 - 17:25, Mr White may well have seen a couple more from the Ponds that I missed whilst at home charging my phone.  Although movements of Red Kites like this have been seen several times in Devon before, I have never been lucky enough to luck in on one, so to luck in on a Kite passage on patch was such a thrill!  You can be sure more will be heading west over the next few days as the weather seems to be staying the same, and am sure within a few days triple figures will be over Cornwall.

Am pleased to say I did see White-legged Damselflies as well, about twenty but all immature insects... 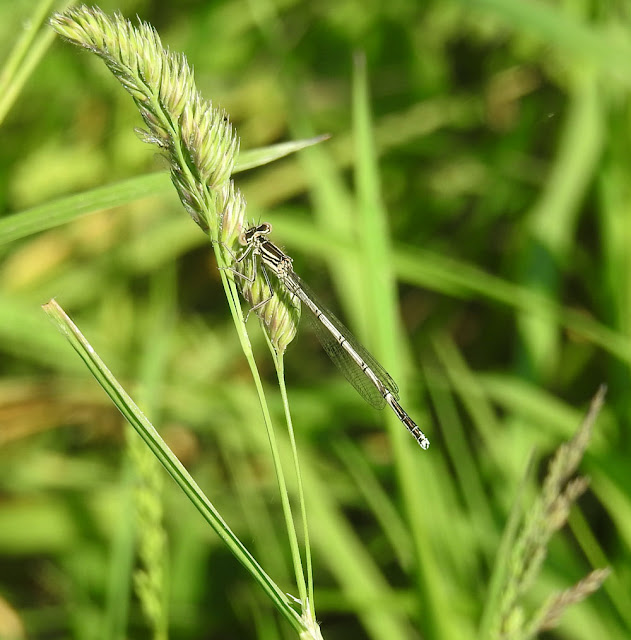 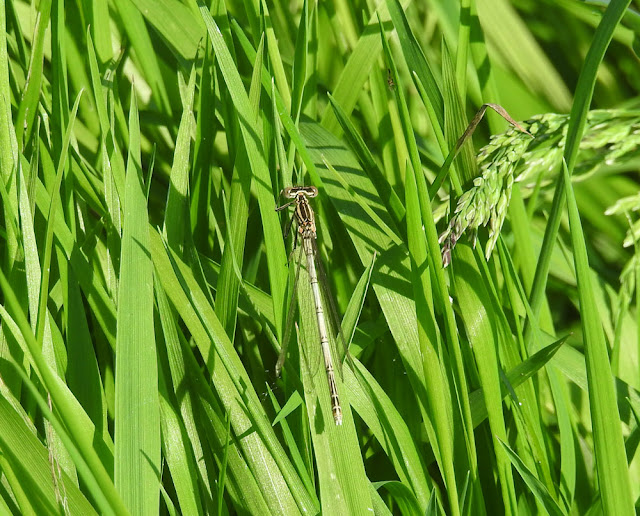 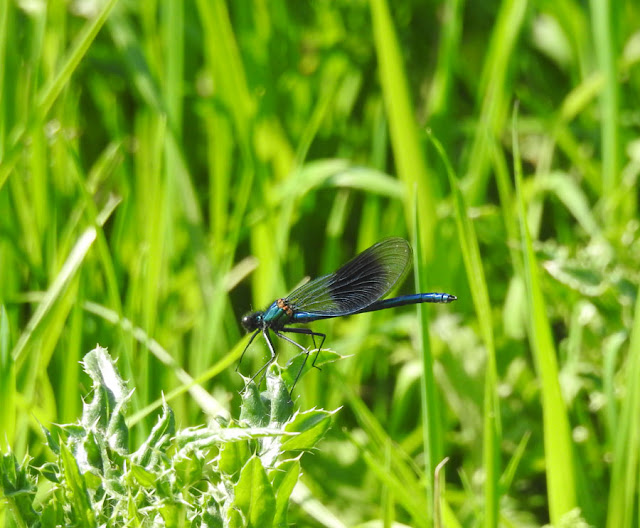 This hot weather really is doing the trick!