I've been visiting Beer Head twice a week at least for the last three or four weeks hoping to see signs of autumn migration.  Well I have been seeing some signs, but only very very small ones!  Late July and early August can see big numbers of Willow Warblers passing through, but not this year. Probably not helped by the clear skies and light winds that we've seen during this period - it usually takes cloud or a cold wind to drop any numbers - but I am worried they've not had a good breeding season.

Apart from the odd (and I mean odd, just one or two) Willow Warbler, it took until the 15th August before I saw any numbers worthy of a notebook entry. A Tree Pipit over east, eight Whitethroat, two Willow Warbler and a Wheatear grounded were noted on this date.


These few birds gave me the encouragement I needed to get up here with my mist nets at the next available opportunity. So I did a few days later, but was a little late and having trudged out to my ringing site and being struck by how there were no migrants about at all, I just turned around and came back home!

A veil of cloud and almost no wind on 18th tempted me up there again, and this time I actually stayed put and set up some nets!  A few hours with two nets gave me 15 birds of 5 species, including a control. They were: 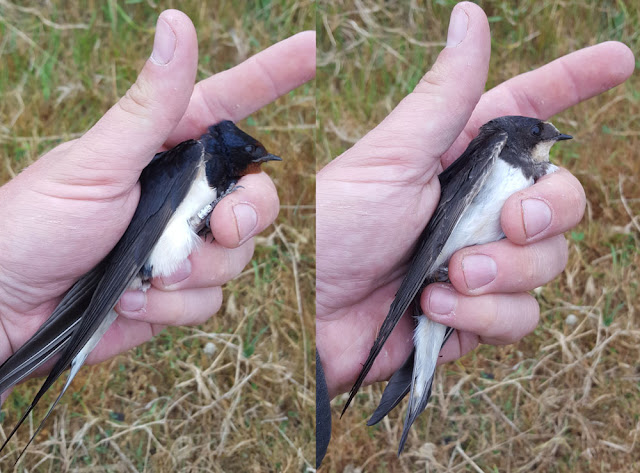 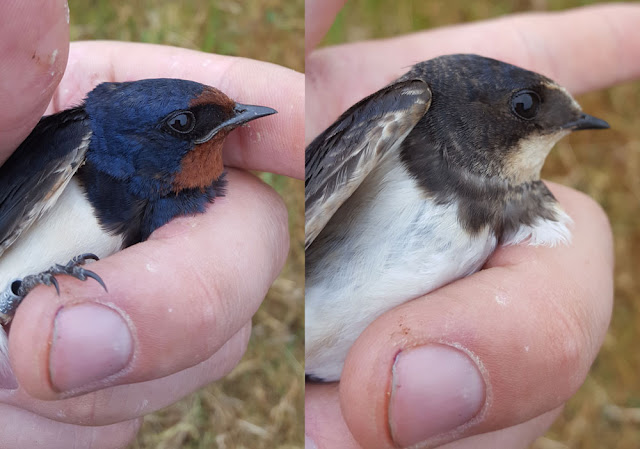 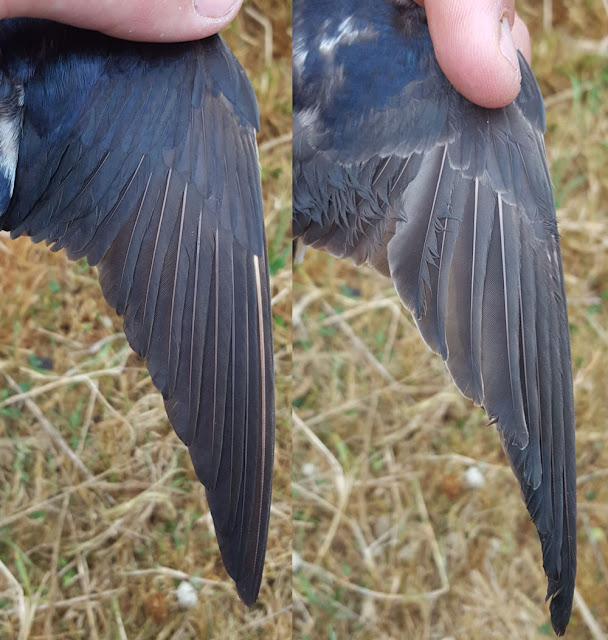 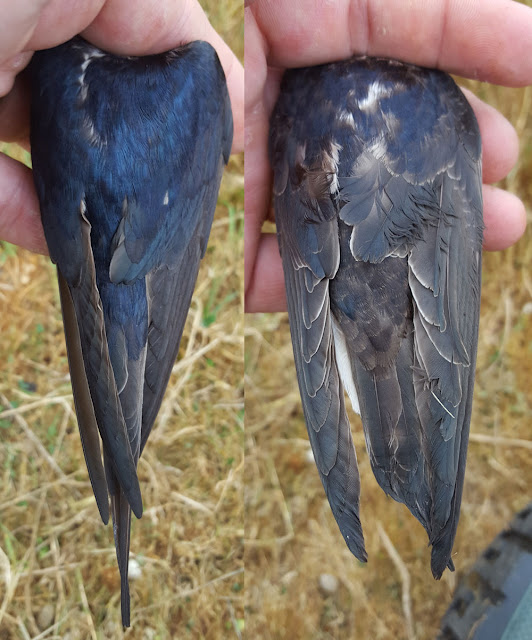 So although I have had an enjoyable couple of hours of ringing, really it is still very quiet for passerine migration. Let's hope as we come towards the end of the month things pick up....