There are many unknowns in life. And one of my biggest is why oh why are Scandinavian argentatus Herring Gulls so scarce in the south west?

Roosts of Herring Gulls 'up north' (i.e. the Midlands and above) can be made up of up to 70% argentatus whereas down here it's all argenteus (the British race of Herring Gull).  I have to be totally honest and say when I first got into gulls I thought this was simply because people weren't looking for them, but many years later and I've seen more Caspian, Iceland, and before today, Ring-billed Gulls on the Axe Estuary than definite Scandinavian Herring Gulls!  They are truly a scarce bird and rightly deserve their status as a Devon A rarity.

There's been loads of gulls about today. This morning on the Estuary excellent numbers produced no goodies, but this afternoon smaller numbers pleasingly included a wonderful adult argentatus Herring Gull. It was duly twitched by Gav and Ian Mc and remained for about half an hour before flying off south.  Here's some pics with comments and ID pointers below... 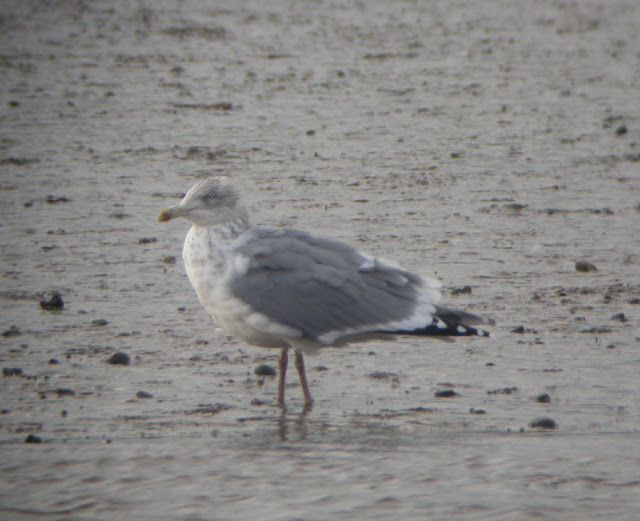 Mantle shade is usually the standout feature in the field for this sub species, but as it's on its own here that isn't much good. There are still some pointers though, particularly the big white tips to the primaries, the nice broad white tips to the tertials and secondaries, and that 'mean' looking head.  Those thick grey streaks around the head and neck really made it stand out as most of our argenteus are already in summer plumage with clean white heads. 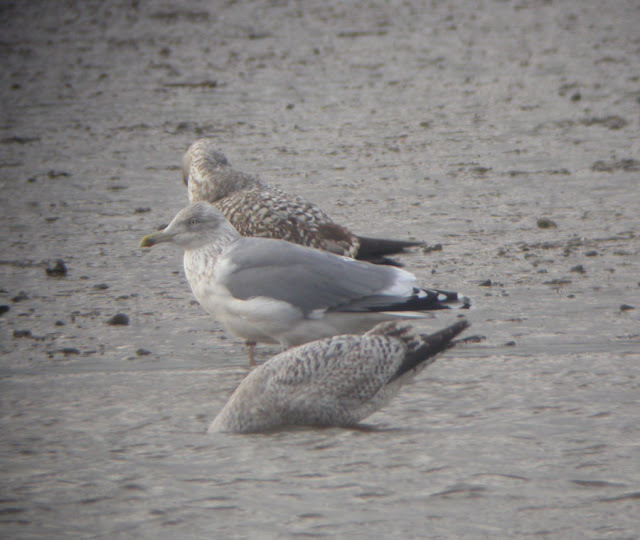 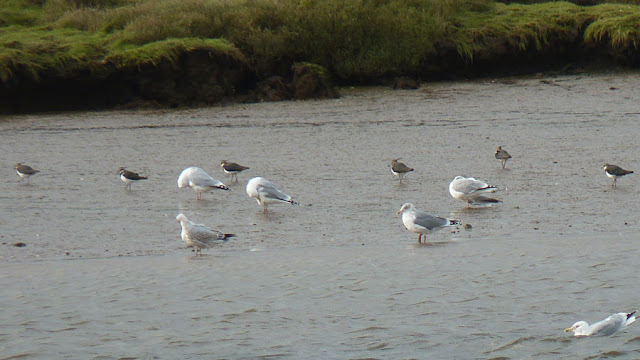 Way more distant, but check out how dark it looks compared with the other Herring Gulls in this shot.  I have to say it wasn't always this obvious.  Let's have a closer look in different light... 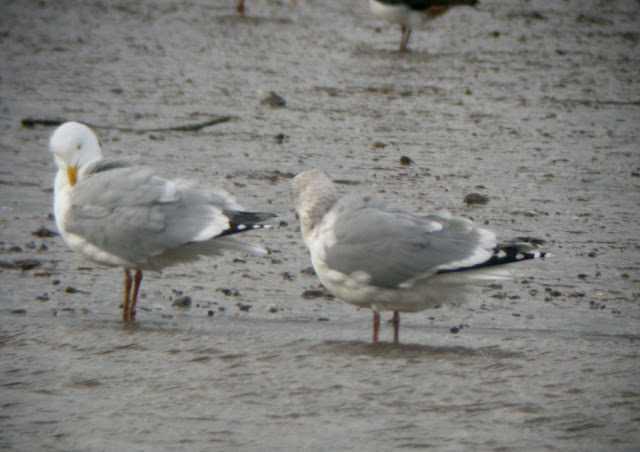 Neither of the gulls here are playing ball, but the mantle shades although I wouldn't say are vastly different, are certainly noticeably different.  This isn't the darkest argentatus I've ever seen, but they do vary - they are gulls! 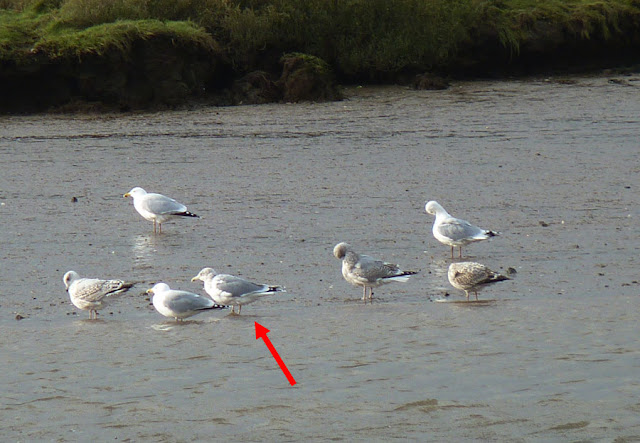 This horribly over-exposed photo was taken when the sun was out.  Again the difference in mantle shades can just about be detected, but most notable here is the long winged appearance and the overall slightly more brutish look. Also note how the primary tips show more white and less black compared with the three adult argenteus Herring Gulls in shot. 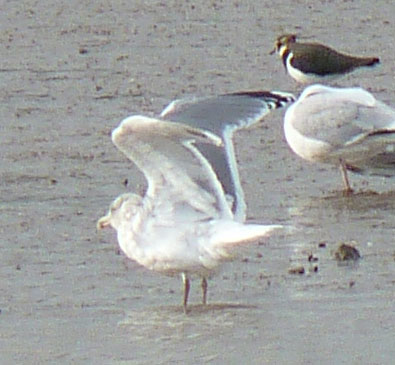 Talking of wing tips, this is the best photo I managed of an open wing (Gav has got a cracker of a shot). Crucially look at the outer most primary tip (P10) which is solidly white and there appears to be little or no black on P5, although that is hard to make out on this dodgy pic.