2014 has easily been my worst spring for Wheatears on patch.  I didn't see my first until 10th April (almost a month later than other years!) and have only seen four since. In previous springs I've see four times as many in an hour on Beer Head, or on one fence line at Seaton Marshes!  I'm not sure why it's been so poor, as other sites have had them, but it's not just me, Ian M was saying exactly the same this morning.

After this morning though, I now feel like I've had the best ever spring for Wheatears! And it's all thanks to this beastie... 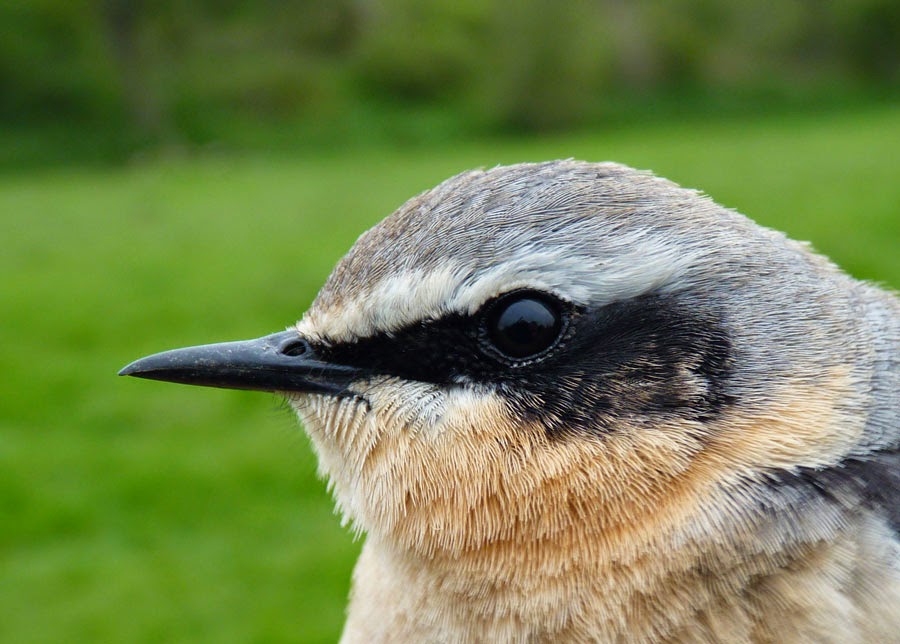 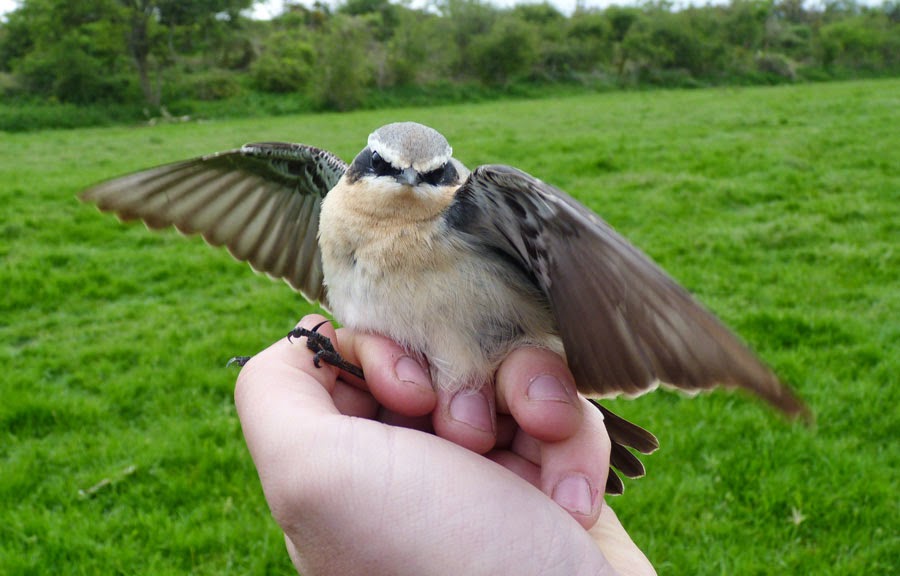 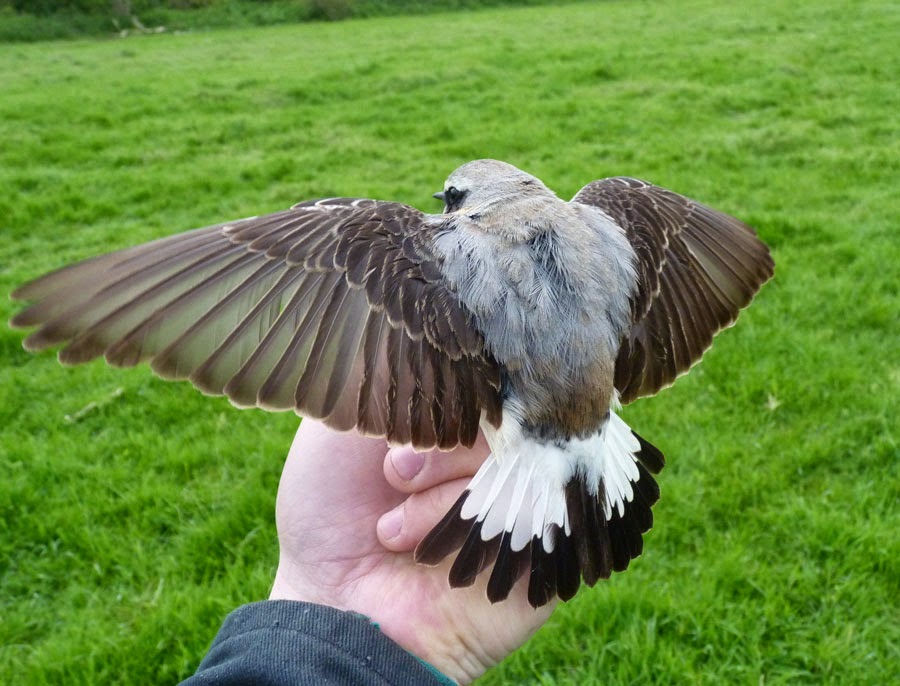 The Firecrest and Redstarts have all been fab, and much more than I expected, but for me this is the highlight so far. Not just because of it's stunning plumage, it's was just a really lovely bird to handle.

Better still, wing length (104mm) weight (38g) and plumage (amount of black in tail, rusty edge to upper mantle feathers) puts this bird safely in the Greenland Wheatear (sub sp. leucorhoa) camp.  So not only has it flown all the way from South Africa, it's now got to get to Greenland - maybe even Canada!

Other than this, it was a very quiet ringing session. There were clearly no migrants in the bushes, a single Blackcap trapped and ringed was the only other migrant I netted today. Overhead a few Swallows and a single Yellow Wag were as good as it got.

But this fantastic capture has shown me that even if it is quiet at Beer Head, it always worth having the nets up as you just never know.
Posted by Steve Waite at 11:28