A couple of Silver Ys and Rusty Dot Pearls were the only immigrants in my moth trap this morning. So I was very gripped when I heard a Dewick's Plusia had been caught in Colyton!

There were a couple of nice green moths in the trap though... 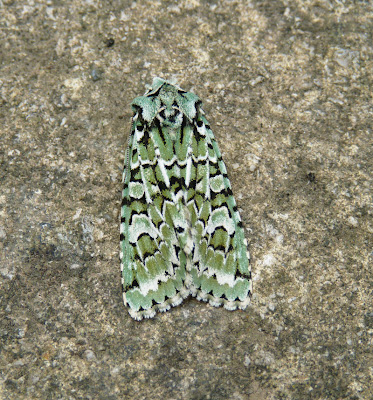 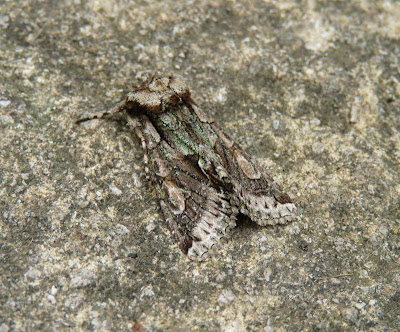 Green-brindled Crescent - the green is almost 'frosted' on, a stunning moth!
I downloaded a few pics from my Nikon this afternoon, and found an okay one of one of yesterday's Great White Egrets... 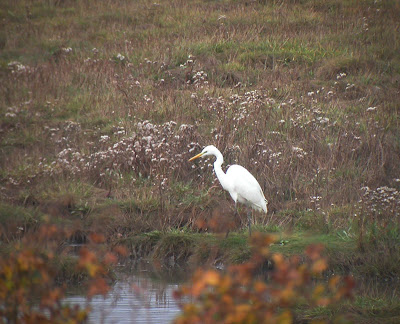 So much better than a 'white Heron!'
Also last night I heard the first after dark Redwings going over. I have to say though, I think this is the first autumn I have seen them in the day before hearing them going over at night!
Posted by Steve Waite at 20:33