Everything has seemed to have eased back a couple of gears in the bird and moth world over the past few days here.

Blackhole Marsh is looking superb for waders at the moment, but yesterday there were only seven Dunlin and four Common Sandpipers here.

A (early returning!?) White Wagtail was a bit of a surprise, and a Hobby - a species that has been very scarce on patch this summer - was fantastic to watch hunting hirundines overhead. Talking of hirundines, it was nice to see at least 60 Sand Martins, with smaller numbers of House Martins and Swallows feeding over the marsh. 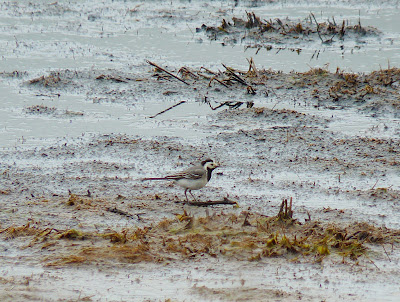 White Wag
On Monday morning, a twenty minute sea watch mid morning revealed a surprisingly good passage of Common Scoters, with 70 past in three flocks. Four more were sat on the sea.

I've had had the moth trap out on only two nights recently, pimarily because of the rain threat. Saturday night offered 53 moths of 27 species and Sunday night gave me 58 moths of 37 species. Two very poor catches for this time of year really.

There were no new species for the garden in the two catches, but new moths for the year included: Small Blood-vein, Wormwood Pug, Lesser Yellow Underwing, Common Rustic, Brown-tail, Smoky Wainscot and Dingy Footman. Singles of Cresent Dart and L-abum Wainscot were also notable, as were single Rush Veeners on each night.

I'll finish with a couple of miscellaneous photos... 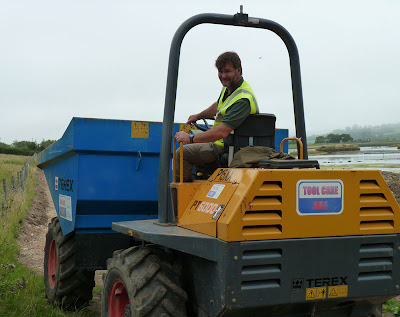 Fraser having a go on something he doesn't normally drive! 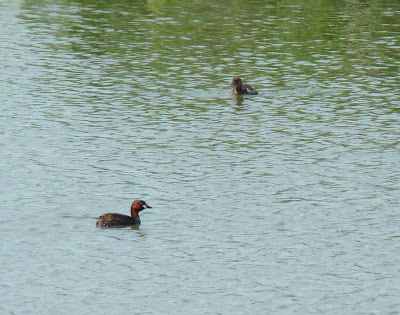 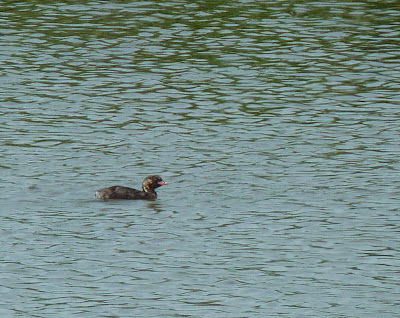 Mum and one of the young of the Little Grebe family at Lower Bruckland Ponds, there are three chicks in all