A Cracking Casp (with familiar bling!)

Well I ended my last post saying how lucky I was to work beside the Axe Estuary, and at 09:30 morning whilst sat at my desk I found an absolute corker of a first-winter Caspian Gull.

This was my first view of it during a heavy rain storm, viewed through my office window which desperately needs a clean... 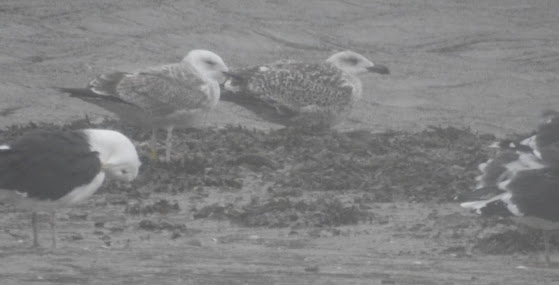 There really is no mistaking that brilliant white rounded head (on a first-winter gull), small eye, narrow bill, plain looking wing coverts, grey mantle and black tertials.  Not to mention those long pink legs!  It was in with a group of c40 gulls, which typically for rough weather included a high proportion of Great Black-backs.

Over the next hour I noticed many of the gulls were leaving as the weather improved, but gladly the Casp stayed put.  It stayed until 11:30 in fact when there were only about 15 gulls left in the flock.

I had to nip out for a bit at 10:30, so took the opportunity to grab some outdoor photos in the improved weather... 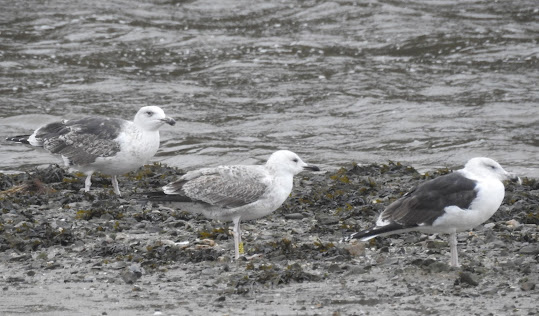 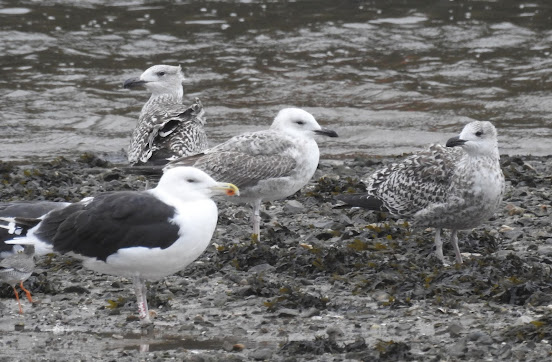 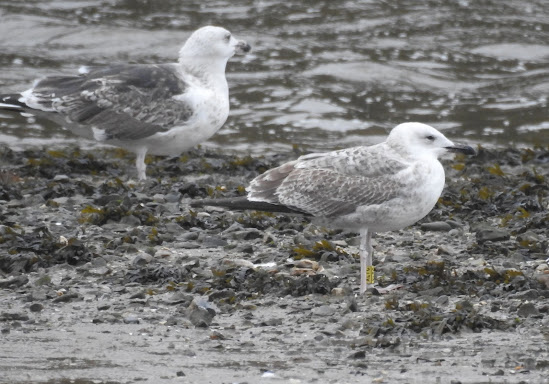 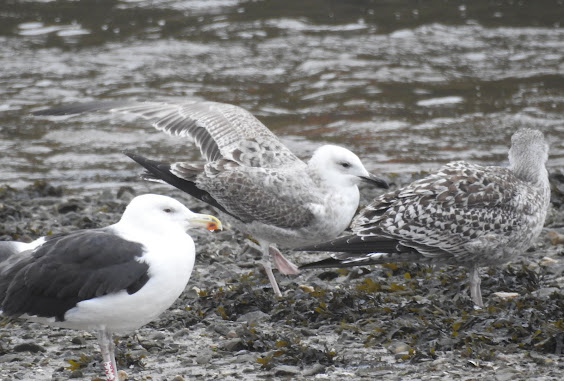 What an absolute corker! And it was only at this stage I realised it was in fact colour-ringed... 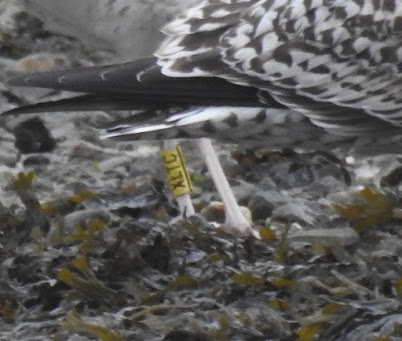 Yellow 'XLTC' immediately rang a bell.
Take a look at THIS blog post from 8th Sept, which tells a tale from the 3rd when I locked onto a interesting looking yellow-colour ringed sleeping gull from the Tower Hide.  I read it's ring, which was XLTC, but then the whole flock of gulls took off and that was it.  Gone.  And was made even worse when a search of the web showed it was ringed as a Caspian Gull, although this didn't mean it was a Casp because yellow-coloured ringed Casps can often be of mixed parentage (affectionally known as German-muck!).  I emailed the ringer asking for any photos or to be informed of any re-sightings, and sent this tweet out in desperation.  I wanted to know what XLTC actually looked like.

But it didn't work no one saw it, well, until me today! Almost two months later and it's back on the Axe, and shown itself to be a sublime Caspian Gull.  Far from 'German-muck!'.
At 11:30 after a few wing stretches, it took off and flew south out to sea with two young Great Black-backs.  Here's the moment it finally left, when I completely jammed this underwing shot... 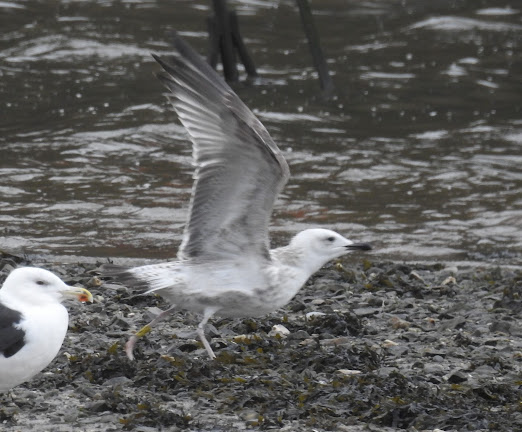