Considering the impressive numbers of Black Redstarts that have shown up at various other south coast sites within the last week, I've spent my last couple of lunch breaks wandering around Seaton checking the usual haunts.  Yesterday this gave me two first-winter Black Reds around Axmouth Harbour (one either side of the river) and today an absolutely corking male on rocks between Seaton Hole and the end of West Walk.

The two young ones at the mouth of the Axe were quite mobile and skittish, presumably due to the freezing cold north wind blasting down the valley.  Today's male however was far more obliging... 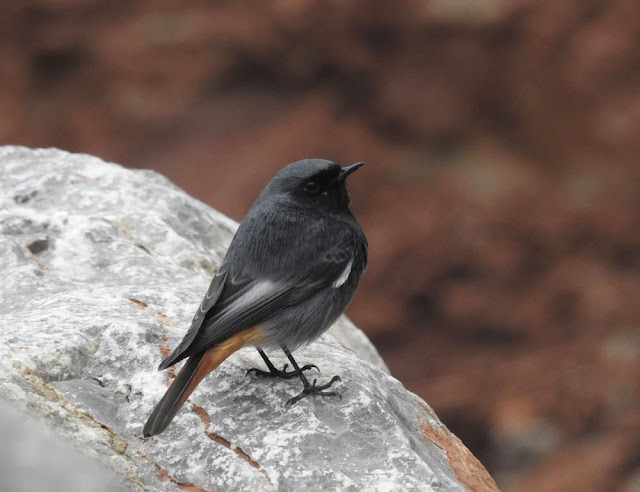 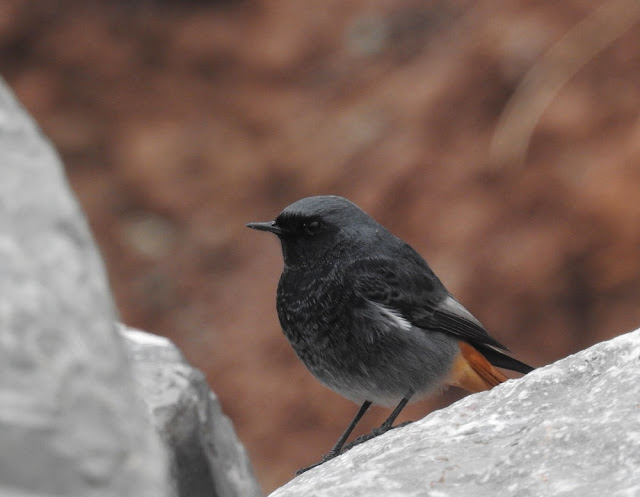 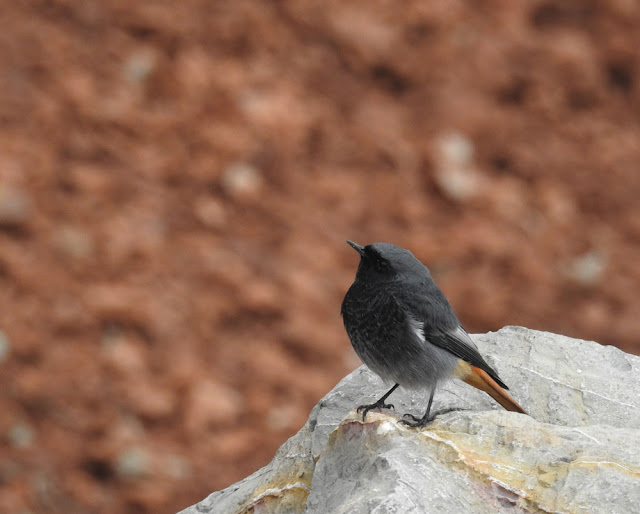 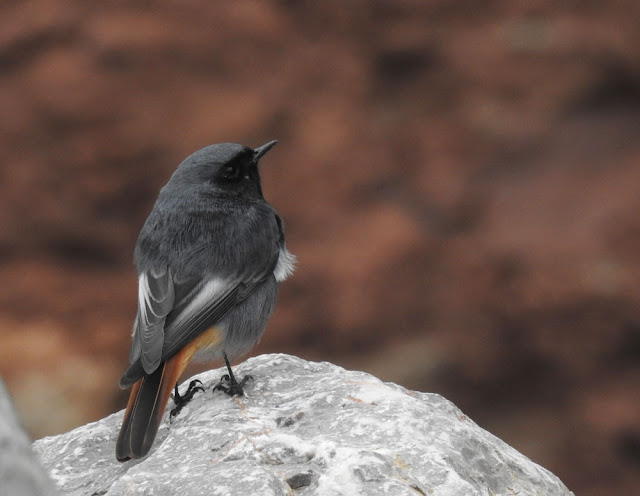 What a top draw bird, and a real privilege to share my lunch break with.  Kev also saw two Black Reds in Beer today including another ad male, so there's at least five about for sure.

This morning saw a nice little influx of winter thrushes too, with a couple of flocks of Fieldfare and several Redwings whirling around my housing estate this morning.  Not very pleasant out in the cold wind though!

Talking of not very pleasant out, rewind to Saturday which was an absolute wash out of a day. We had high hopes for some good sea watching, but in reality 07:40 - 09:10 produced nothing more than (all west);

Yes the Kittiwake and Gannet counts are pretty impressive, and it's always good to see skuas, but the action died down fairly quickly and by 08:45 it had already gone pretty quiet.  And no stand out scarcity sadly.  There were no scarcities on the Estuary either on Saturday despite several checks, but the three Cattle Egrets were still showing around Boshill Cross...


And that's that.  As ever, thanks for reading.